Miranda Lambert Shares A Photo Of Her Husband, Brendan McLoughlin, Helping Her Get Dressed Because Her Outfit Was Too Tight -- Fans Love The Gesture

Miranda Lambert is a fan of looking good, and that is no secret to anyone -- and she is also known for occasionally taking this too far and suffering from the consequences in some minor ways.

In a recent example, Lambert could be seen having trouble putting on her boots for her Roadside Bars & Pink Guitars Tour , and she needed the help of her husband to get the job done.

The problem stemmed from the fact that Lambert’s outfit was too tight and restricted her range of movements too much.

That did not stop her from having fun in her sexy number later on, though, and she certainly did not seem too bothered by the fact that she had to endure a lot of pressure on her skin.

She even joked about the situation with the hashtag #tightbritches in a clip that showed her having trouble putting her boots on.

She captioned the videos: “Pre-show problems. Being pretty ain’t pretty #tightbritches.” Her husband, Brendan McLoughlin, told her: “I will help you put your boots on if you can grab them.”

Many of her fans appreciated the fact that she was taking the whole thing in good humor, as some of her fellow celebrities would have certainly not responded in such a smooth manner, according to most commenters.

Lambert has gained a lot of popularity recently, and the attention on her seems to be growing as well. She has been doing her best to make a good impression on her fans, too, and it has been working so far.

Despite the minor funny hiccups here and there -- such as her recent small wardrobe malfunction -- she is still doing quite well, all things considered and has been moving forward with her career quite nicely.

Hopefully, that will remain the case too. When not on tour and fighting with hot outfits, Lambert is busy doing good deeds. 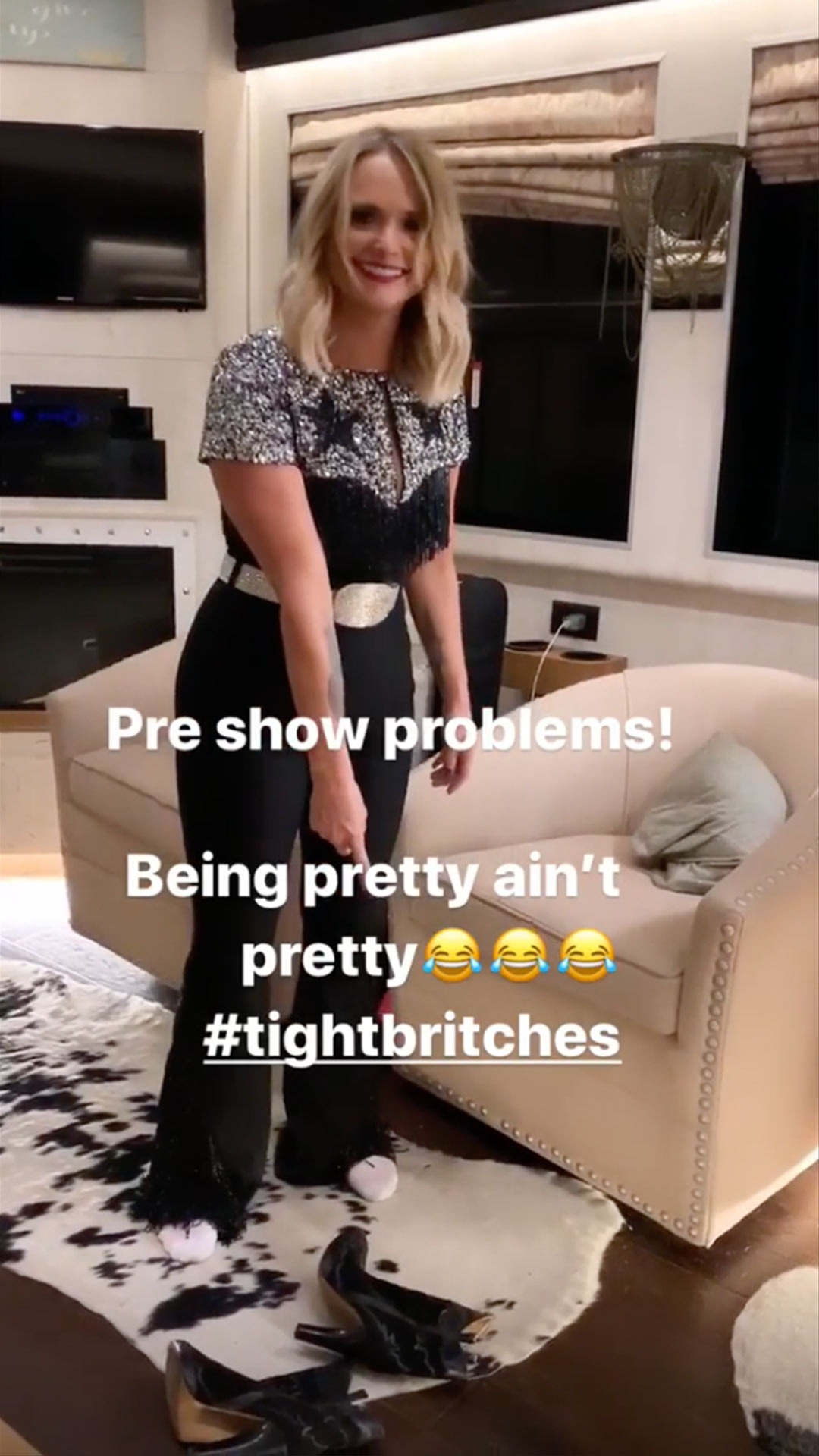 She recently announced: “@nashanimalcare needs y’ alls help! They’re at capacity and need to create space, so @muttnation is covering adoption fees next Saturday! I fell in love with all of their fur babies when I visited a few months ago, and you will too! #wildcard #loveashelterpet."

Lambert has been more focused on being positive lately and most of her supporters appreciate the change.