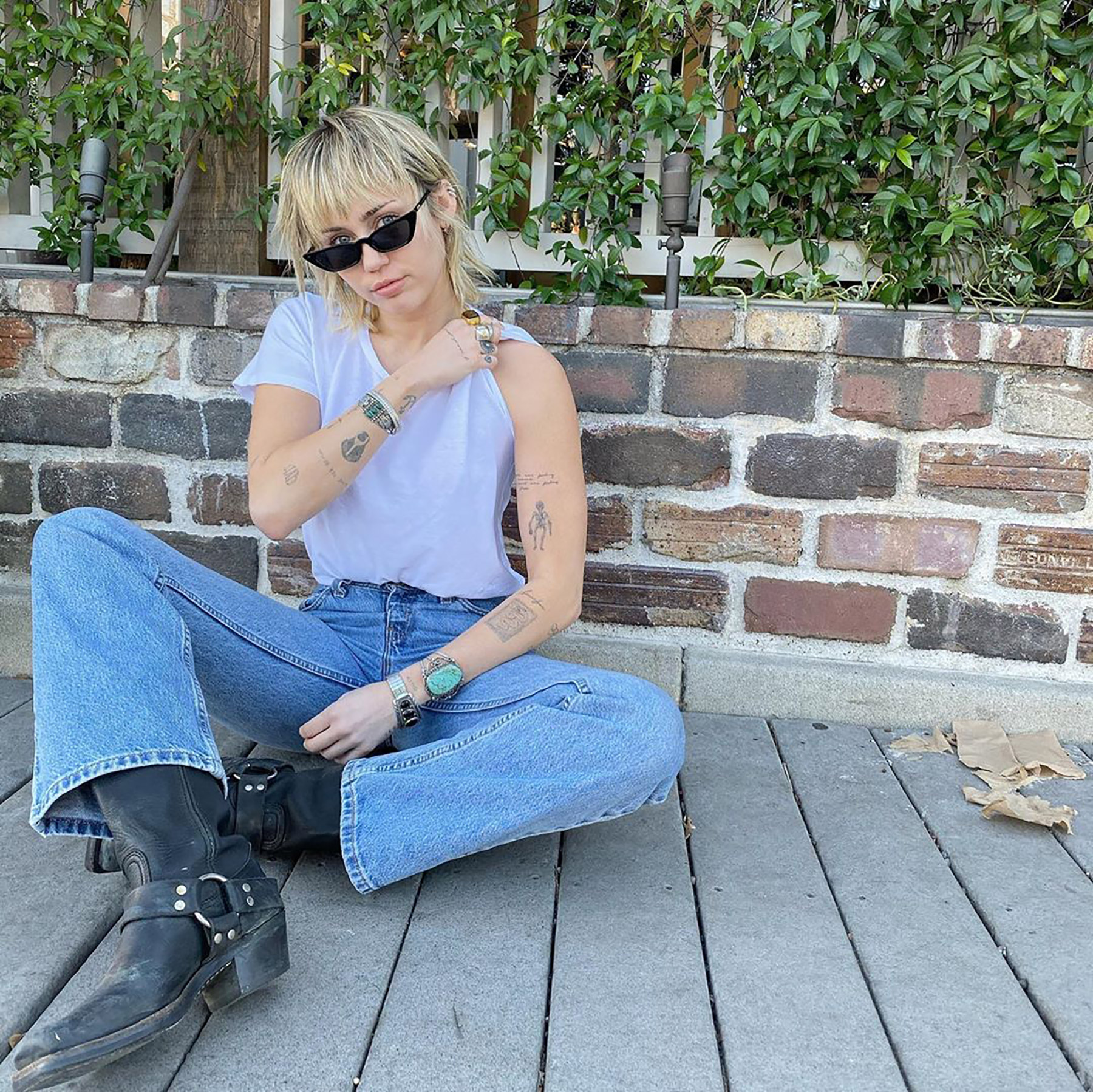 Miley Cyrus started the new year with a new hairstyle! Yesterday, the singer and actress took to her platform of choice, Instagram, to share with her followers her change of look!

Miley seems to have cut her hair much shorter and combined with her attitude while posing, she looked really fierce!

It’s definitely a look that fans are not used to seeing but given the fact that she’s rocked all kinds of different hairstyles in the past, it’s safe to say it was not totally unexpected that she’d try something new.

The snaps she shared on January 6 showed the star in a white v-neck T-shirt, paired with simple jeans and accessorized with a pair of black boots and sunglasses.

But perhaps the best ‘accessory’ was her shorter blonde hair that she also acknowledged in the caption, writing: ‘New Hair. New Year . NEW MUSIC! 💀.’

As you noticed, she also mentioned dropping music and that is what really made most of her fans excited – although the hair was a close second point of interest!

Fans commented things like: ‘Can’t wait!’ and ‘New album?’ while some simply reminded Miley how much they love her.

While she’s promising some big things this year, it is not the first time the artist celebrates the beginning of the new decade.

In fact, on the first day of 2020, she took to Twitter to share a clip that was all about the last ten years of her life and career, gushing over the fresh start that the ‘020s seem to provide.

‘10 years in 10 minutes #New Year Starts Now,’ she wrote alongside the clip that, indeed, lasted 10 minutes.

What do you think about Miley’s new look? Are you excited to check out more music from her?