Miley Cyrus just got a new tattoo! The singer and actress took to social media to share the ink job with her followers, revealing that it's a bleeding heart, which makes sense given how much she’s been through lately as far as her love life is concerned.

Miley, who was wearing a black tank top, posted a pic in which the black heart with a dagger stabbing it could be seen.

Across it, there is also a banner that reads: ‘ROCK N ROLL HEART.’ 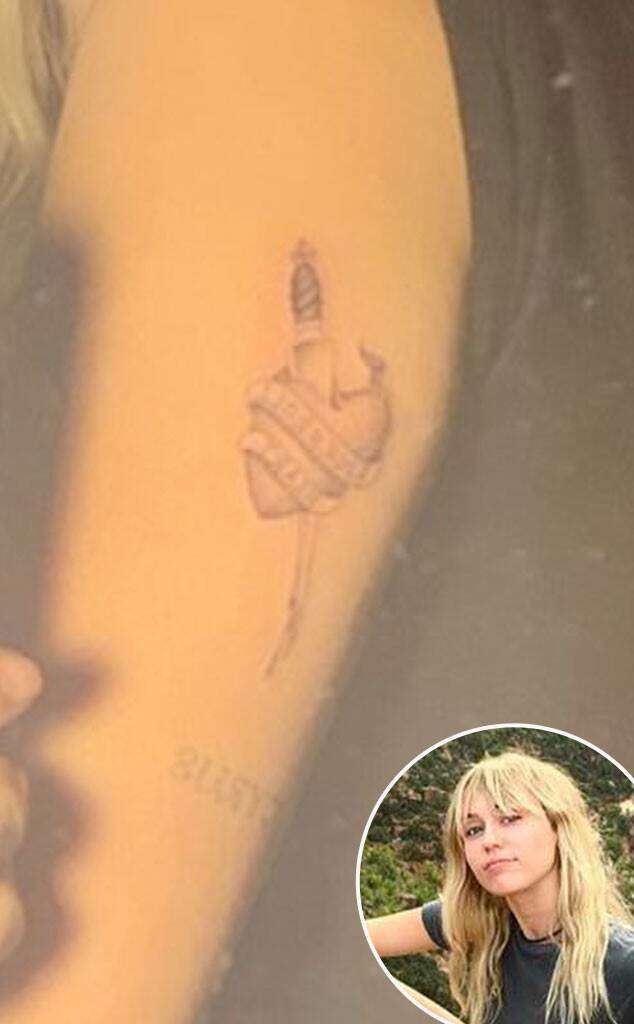 Miley has been making a lot of headlines in the last couple of months due to the fact that she and Liam Hemsworth decided to have a divorce after only eight months of being married and a decade of on and off relationship.

At the same time, she continued to be featured in the press when she started dating Kaitlynn Carter, who had also just exited a relationship of her own.

The two did not last, however, and now, Miley is casually dating Cody Simpson but it appears that they are getting more and more serious by the day.

Is the new tattoo dedicated to the Australian singer?

After all, a few of her permanent body art pieces are inspired by some of her past romances so it would make sense.

As you may know, even though their relationship was short lived, Miley still had the time to get a Venetian sculpture tattoo after her Italian vacation with Kaitlynn!

As for Liam Hemsworth, she has a Vegemite tattoo dedicated to him since the product is associated with his country, Australia.

Tupac And Biggie’s Music Seems To Be Disapproved By Will.i.am Who Says He Isn’t A Fan And Has Other Idols Instead