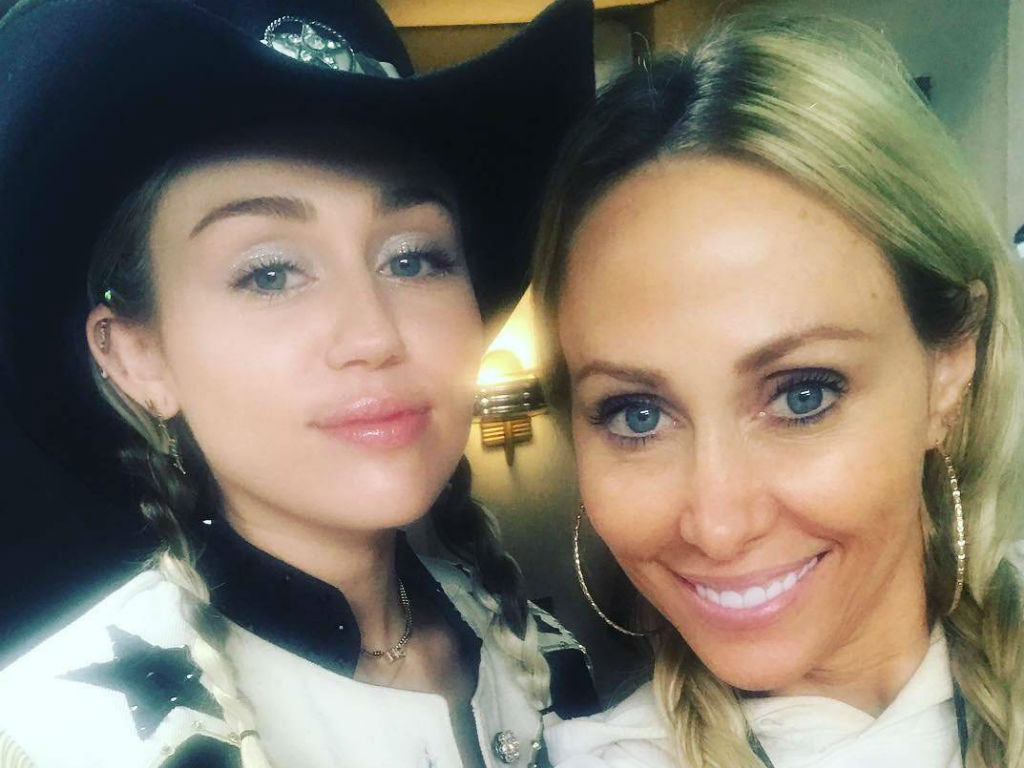 Miley Cyrus’s mom Tish called her a “disgusting bratty millennial” but not for the reason people might think. She is not mean. Tish just wants her child to live in the moment.

The singer is going through a rough time right now with her breakups from Liam Hemsworth and Kaitlynn Carter. However, her mom is not cutting her any slack simply because life has tossed her a couple of curveballs.

Miley is currently on vacation with her mom and sister Brandi. The ‘Wrecking Ball’ singer has been sharing a slew of content from her time in the wilderness with her family on social media.

Her latest Instagram Story has fans talking after Tish called out her daughter for focusing too much on content. Tish caught a shot of Miley sitting alone in her room on the phone.

The singer had the best caption for the picture too, the truth.

Out here in Canyon Country 😎

“My mom called this ‘disgusting’ there was a gorgeous sunset, and I was inside on my phone’ serving content. It’s hard to get in trouble once you’re an adult, but she said I looked like a ‘bratty millennial’ which I do but is it bad if I like the pic and wanna post? Is that the worst? @tishcyrus,” Miley wrote.

Just because mother and daughter are not seeing eye to eye on Miley’s screen time, doesn’t’ mean the trip is a bust. The Hannah Montana alum has made it clear the trip is exactly what she needs. Their extended trip includes photos from Arizona’s Antelope Canyon, Utah’s Zion National Park, and Nevada’s Atlatl Rock.

It may be a girls’ trip, but Miley was not leaving her dog, Beanie. The pooch is featured in several of her Instagram Stories, and pictures on her social media feeds. Fans know Miley is all about her pets, especially her dogs.

Miley Cyrus got called a “disgusting, bratty millennial” by her mother Tish on their girls’ trip. Mama Cyrus would prefer her daughter to focus on the world around them instead of sharing content on social media.

One perfectly created post features Cyrus in a bikini with a sheer cover-up, walking along a pool showing off her backside. The caption alludes to her recent splits from Carter and Hemsworth “Goodbyes are never easy.”

What do you think of Tish’s harsh words about Miley, her phone, and social media?

Halsey And Evan Peters Hold Hands On Alleged Date - Are They A Couple?