Amid concerns that Miley Cyrus and Cody Simpson are no longer together, they proved that is as far from the truth as possible with an array of different Christmas posts showing them enjoying their very first holiday as a couple. Judging by all they shared, it’s safe to assume that it was a good one they’d want to repeat for years to come.

The new romantic pair spend the day with Miley’s family in Tennessee and Miley was happy to post about that as well.

That being said, she posted a couple of IG pics of only her family, including her father, Billy Ray Cyrus, mother Tish and siblings, Noah, Brandi, Trace and Braison.

In the caption, she jokingly wrote: ‘Happy Holidays from America’s most dysfunctional family 🎄.’

She then took to her Stories to post yet another picture, this one also including her Australian singer boyfriend.

And that was not all! Later on, Miley proceeded to share two Boomerangs, one of Cody playing the guitar as she looked on and another one of her sticking her tongue out as the 22 year old man continued to strum the chords. 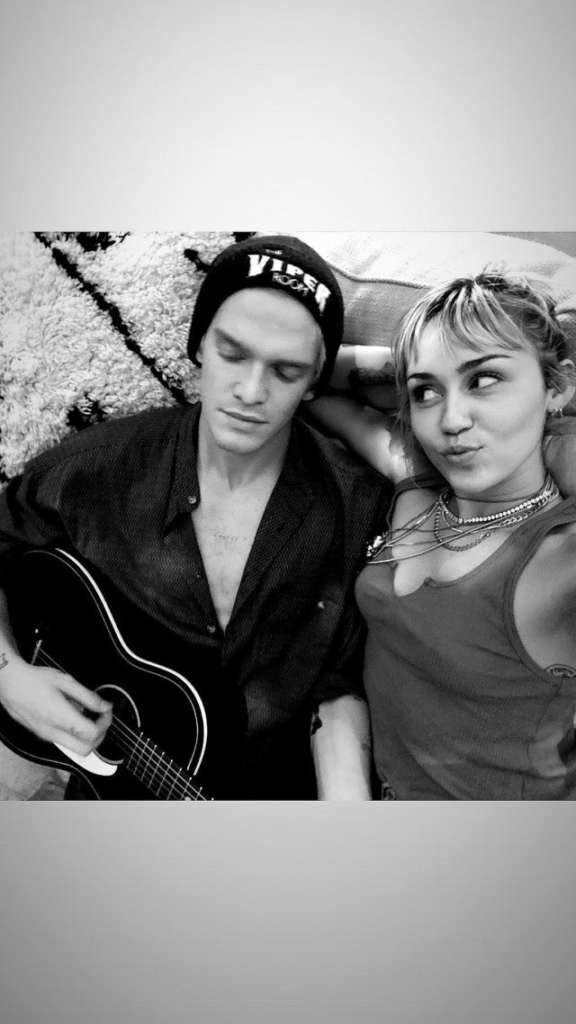 Furthermore, she shared a selfie that showed them lying down, obviously having a cozy, relaxing day, just enjoying each other’s company.

Meanwhile, Simpson made sure to document and share some moments from the special day as well.

That being said, on his Instagram Stories he gave his followers ‘some wholesome quality Christmas content’ in the form of two images of him and his girlfriend twerking!

He also showed off the ‘museum quality’ gold skull necklace he’d gifted Miley, aka his ‘queen’ on Christmas.

Which 2 Actors Nearly Donned The Blonde Wig Instead Of Miley Cyrus, According To The Casting Director Of 'Hannah Montana'

In An Interview, Anne Heche Said She Was Interested In Having Miley Cyrus Or Kristen Bell Portray Her In A Biopic