Despite the rumors and gossip that surrounded Miley Cyrus, it appears that she and Cody Simpson are still a couple and still going strong. Miley underwent two surgeries on her throat and has taken a break from the intense media spotlight as she recovers. First, she had a tonsillectomy and then needed surgery on her vocal cords. She's been on vocal rest and maybe that is why her Instagram account wasn't flooded with photos of herself and new beau Cody Simpson. Miley celebrated her 27th birthday on November 23, 2019, and Cody shared photos on his official Instagram account where he not only wished her a happy birthday but let his followers know the two are still very close.

In a video that Cody shared with his 3.8 million Instagram followers, he referred to Miley as his baby, letting the world know that things are still on for this couple. Many fans were surprised to see Cody and Miley together as they had mistakenly believed that they had broken up.

You may see the video that Cody Simpson shared on his Instagram account featuring himself and Miley Cyrus below.

Speaking of close, Miley made it clear that her friendship with rocker Billy Idol is also going strong. Billy Idol is a fellow Sagitarrius and his birthday was November 30. The rocker just turned 64-years-old and Miley gave him a special shout out. Miley and Billy performed at the iHeart Radio Music Festival in 2016 where they performed the duet "Rebel Yell."

She seems to have taken a liking to Billy Idol and the two seem to be very close friends.

Now, some are stating that they think Cody Simpson looks exactly like Billy Idol back in the 80s! Even Miley Cyrus shared a photo of Billy Idol with Cody Simpson and captioned it by referring to the resemblance between the two. It's apparent that Miley holds a special regard for Billy. For Halloween, Miley and Cody dressed as Billy Idol and Perri Lister.

You may see a photo of Billy Idol and Cody Simpson that Miley Cyrus shared on her Instagram story with her 101 million followers below.

Since Miley shared the photos, searches for "Are Billy Idol and Cody Simpson related" increased. 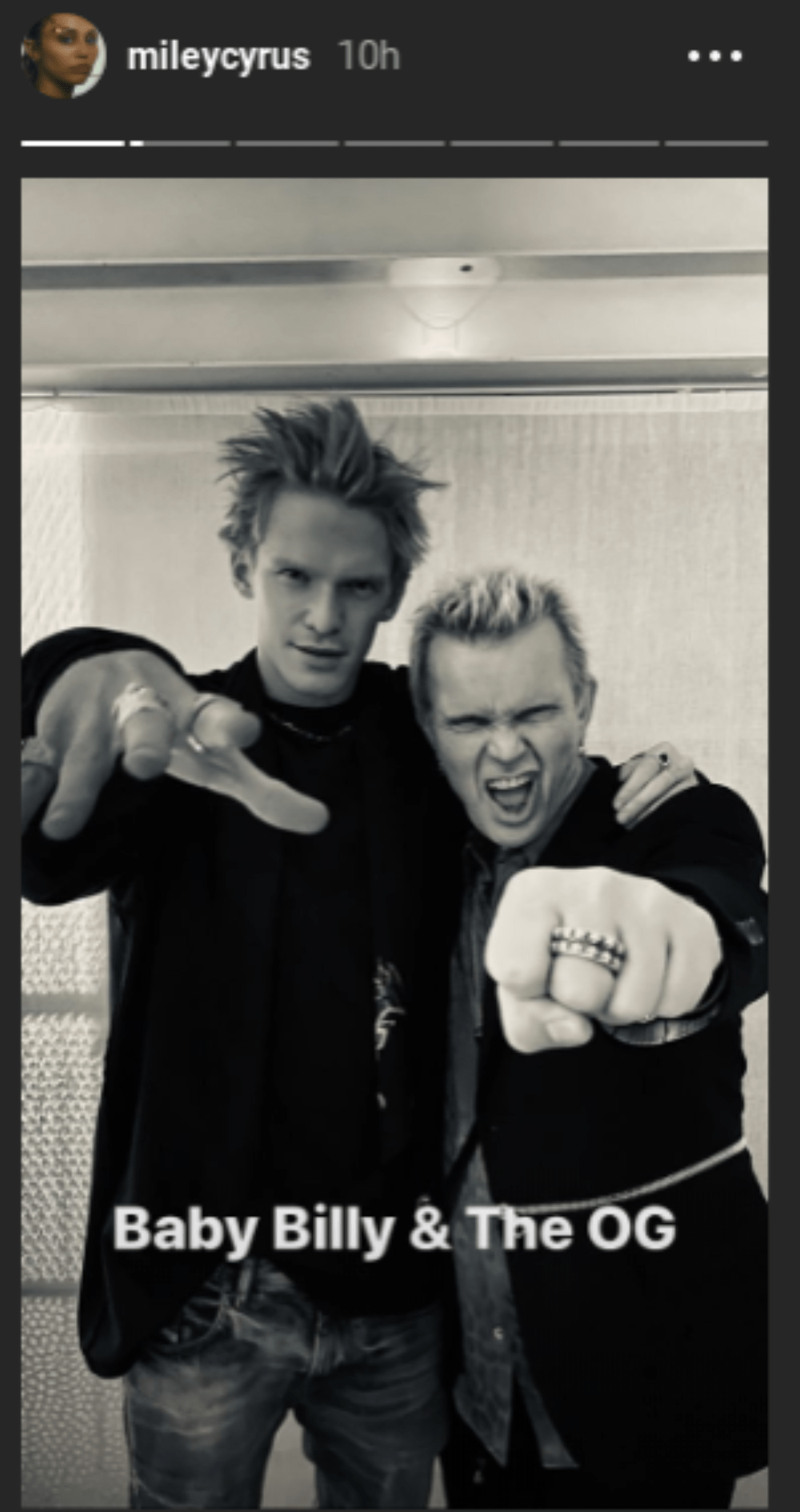 What do you think? Do you think Cody Simpson and Billy Idol look alike?

Are you surprised that Miley Cyrus and Cody Simpson are still together? Did you think they had broken up?