Miley Cyrus Addresses The Fan Groping Incident In Barcelona - Here's What She Had To Say!

After what happened to her in Barcelona, Miley Cyrus has a very clear message for anyone who’d ever think that is Okay to do. The singer took to social media to address the incident involving a fan grabbing and kissing her in a crowd, by saying that people should not ‘f**k with [her] freedom!’

As you are probably aware since the whole thing went viral, while Miley and her actor husband Liam Hemsworth were leaving their hotel and heading to a car through a crowd of fans, a male fan suddenly grabbed her, wrapped an arm around her neck and kissed her cheek, all in a matter of seconds, taking her security team by surprise.

Miley turned away immediately and as her bodyguards noticed what had happened, they pushed the fan away from her.

The artist hurried into her hubby’s arms, who was walking a step in front of her and also couldn’t see what was happening in time.

He secured an arm around her and they made it, shaken but ultimately safely, to their car.

Not too long after the scary incident, one insider told E! News that the star ‘always respects her fans' enthusiasm,’ but she was ‘certainly unsettled by this.’

They also mentioned that she was doing Okay. 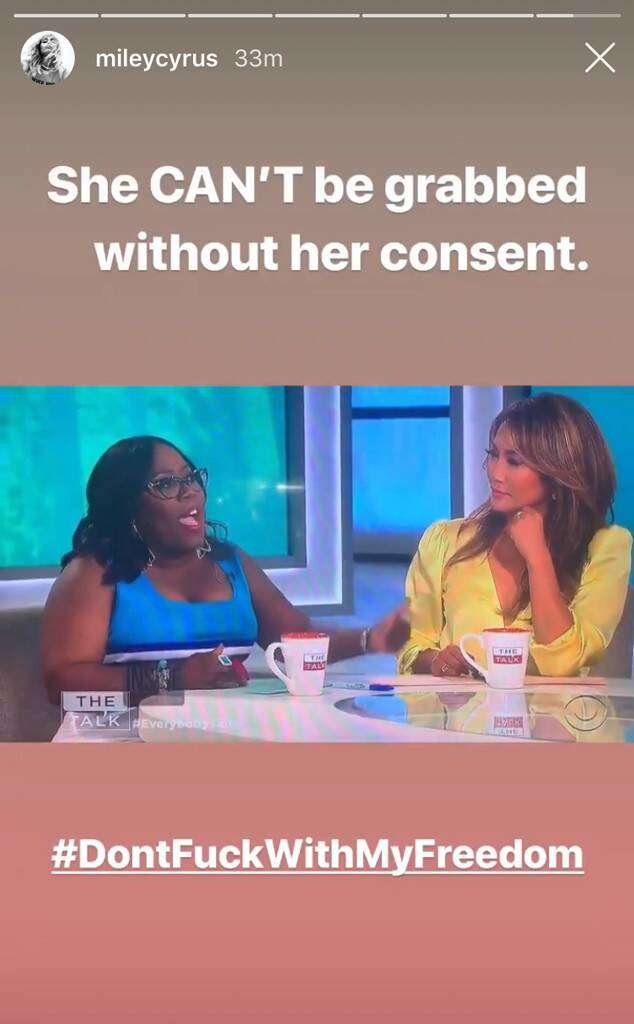 Earlier today, Miley broke her silence on the groping incident, posting on IG Stories a clip of The Talk co-hosts revealing some troll comments about the whole thing.

Cody Simpson Opens Up About His Split From Miley Cyrus

Brittany Renner Addresses The Hate She Recently Got On Social Media