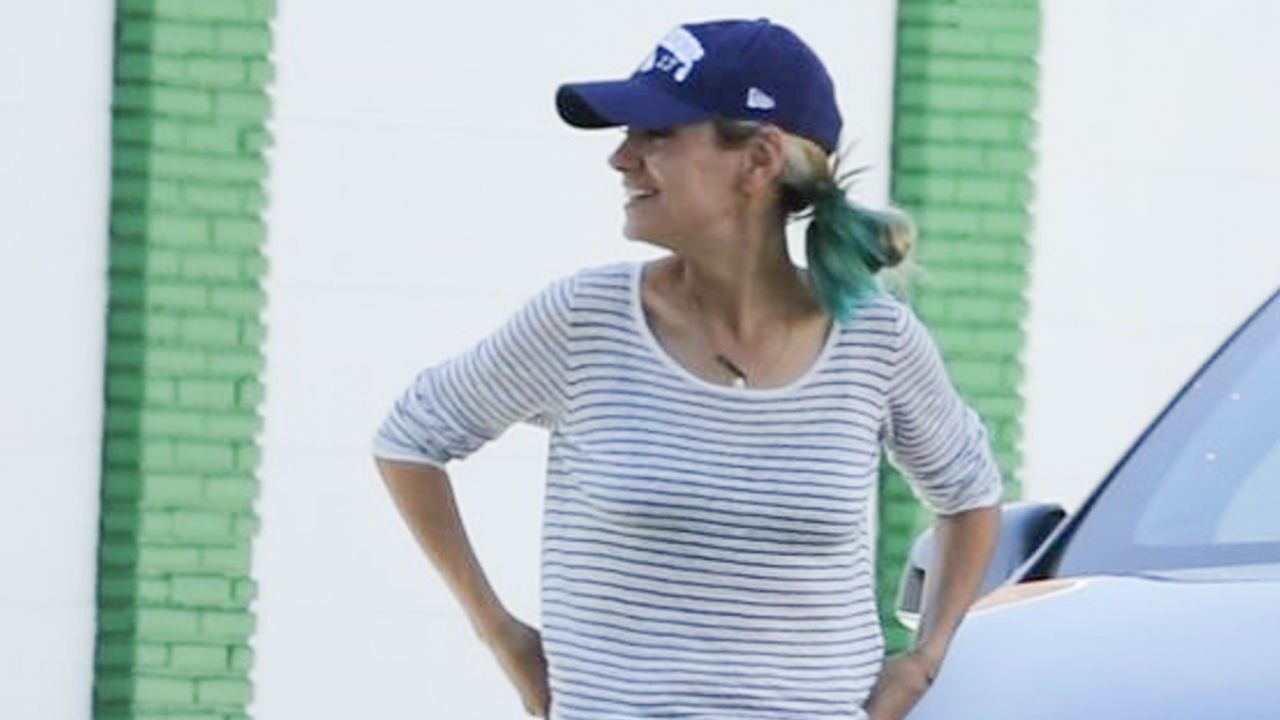 The actress has a brand new and bold hairstyle and it’s really unique and different from anything she’s ever rocked before! Mila Kunis was spotted out and about on the streets of Los Angeles and she was almost unrecognizable with her blonde and turquoise colored locks!

The star was wearing a baseball cap but the blonde hair with turquoise tips was still pretty visible.

During the outing, she was dressed in just casual clothes – a striped top and a pair of skinny jeans but still somehow managed to look stylish.

Obviously, her new ‘do had a lot to do with that!

The Hollywood star was also caught on camera during the weekend while at a Los Angeles Dodgers game alongside her hubby, fellow actor, Ashton Kutcher but at the time, she still had her brunette hair.

Speaking of her husband, Kutcher has been in the press a lot lately due to his former wife, Demi Moore’s new memoir, Inside Out.

The tell-all reveals a lot of juicy details about the actress’ life, including her failed marriage with Kutcher.

More precisely, she claims that he cheated on her, which is what ultimately led to their split.

And that’s not all! Moore says that her ex would also encourage her to break her sobriety, would pressure her into having threesomes and more such shocking things!

While Kutcher is yet to address the memoir directly, he did take to social media to write: ‘I was about to push the button on a really snarky tweet. Then I saw my son, daughter, and wife and I deleted it. ❤️.’

Reading this, a lot of people thought the said ‘snarky’ tweet was in response to Moore.

What do you think about Mila’s new hair?

This Is Us Season 4 Premiere Filled With 'Strangers' In The Past, Present, And Future