According to the reports, actress and movie star Mila Kunis showed off her baby bump. Her and Ashton Kutcher are one of the hottest couples in the United States.

They were seen at a Dodgers baseball game cheering against the Cubs. They were given the time to go to the middle of the stadium to thank the fans. Their daughter was also with them during the game. They gave their heartfelt speech to the Dodgers fans in the stadium with warm greetings. It seems that the entire family was very happy about their Wednesday getaway.

The commitment between Mila Kunis and Ashton Kutcher to each other is absolutely amazing. The fans have seen a lot from the couple, and were met with thunderous applause and praises for their support to Los Angeles Dodgers.

For Mila and Ashton, this is one of the sweetest moments that they have had in their entire life as a couple. Both of them kicked off the night by announcing the starting lineup of the Los Angeles Dodgers. It was an all out fun night for the couple, as well as the players and the fans in the arena.

When both of them were about to announce the Dodgers’ starting lineup, it was time for Ashton to make way for the “Baby Bump!”. Ashton gestured the baby belly of Mila Kunis as they walked towards the center of the baseball arena. After that, it was time for them to “scream and shout” while announcing the players.

Mila Kunis and Ashton Kutcher were spotted on the sidelines while scratching her husband’s head. They even took a selfie of themselves. Another sweet moment inside the baseball arena was them holding hands. Mila wore the #1 Kutcher jersey, while Ashton wears the #2 jersey.

About the game, the Los Angeles Dodgers were beaten by the Cubs, 10-2.

What was really important for the couple and their daughter was that they enjoyed the game with the rest of the Dodgers fans. 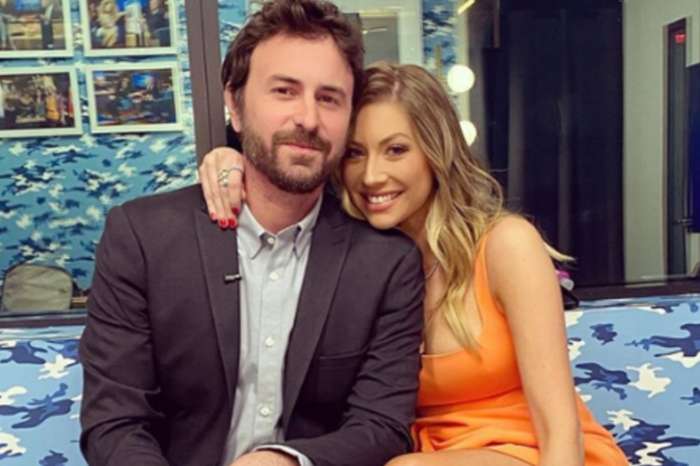