A former Catwoman and a key player from The Matrix trilogy are hopping ship to join the latest movie from Marvel Studios. At San Diego Comic-Con this week, it was announced that Laurence Fishburne and Michelle Pfeiffer have joined the cast of the studio’s upcoming film, Ant-Man and the Wasp.

The movie will be the sequel to the 2015 film, Ant-Man, which starred Paul Rudd as Scott Lang, aka Ant-Man, and Evangeline Lilly as Hope van Dyne, who dons the Wasp suit at the film’s end.

In the sequel, Pfeiffer will play Hope’s mother, Janet van Dyne, who was lost in the subatomic quantum realm years ago on a mission as the original Wasp.

Actor Michael Douglas will return as Hank Pym, the original Ant-Man, and husband to Janet, who he will hopefully share some screen time with.

Fishburne will play Dr. Bill Foster, a former colleague of Pym’s, who has his own superpowered identity as Goliath (known as Black Goliath and later Giant-Man in the comic books).

This isn’t Fishburne’s first foray into the superhero world either; he voiced Silver Surfer in the 2007 film, Fantastic Four: Rise of the Silver Surfer (with Doug Jones actually appearing on screen via CGI).

John-Kamen will play Ghost, a mysterious character from the comics who has the ability to turn herself or objects invisible, as well as advanced abilities to hack complex computer systems.

Sonny Burch is the character that will be portrayed by Goggins, known in the comics for stealing the patent for Iron Man’s armor and attempting to use it himself. Ant-Man and the Wasp is slated to hit theaters on July 6, 2018. 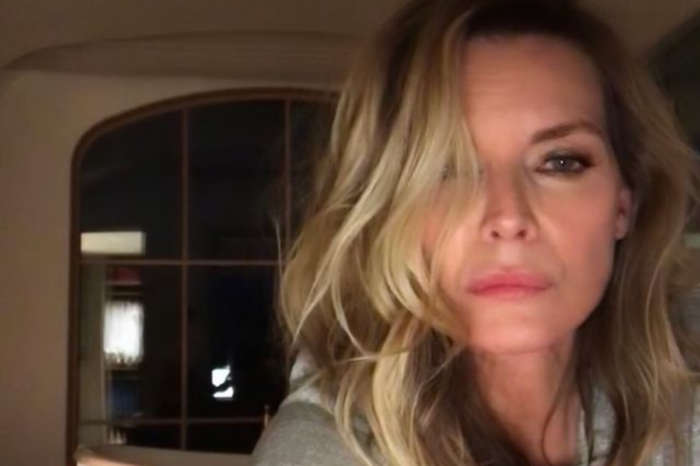 Michelle Pfeiffer Is Unrecognizable With Red Hair — See The Look