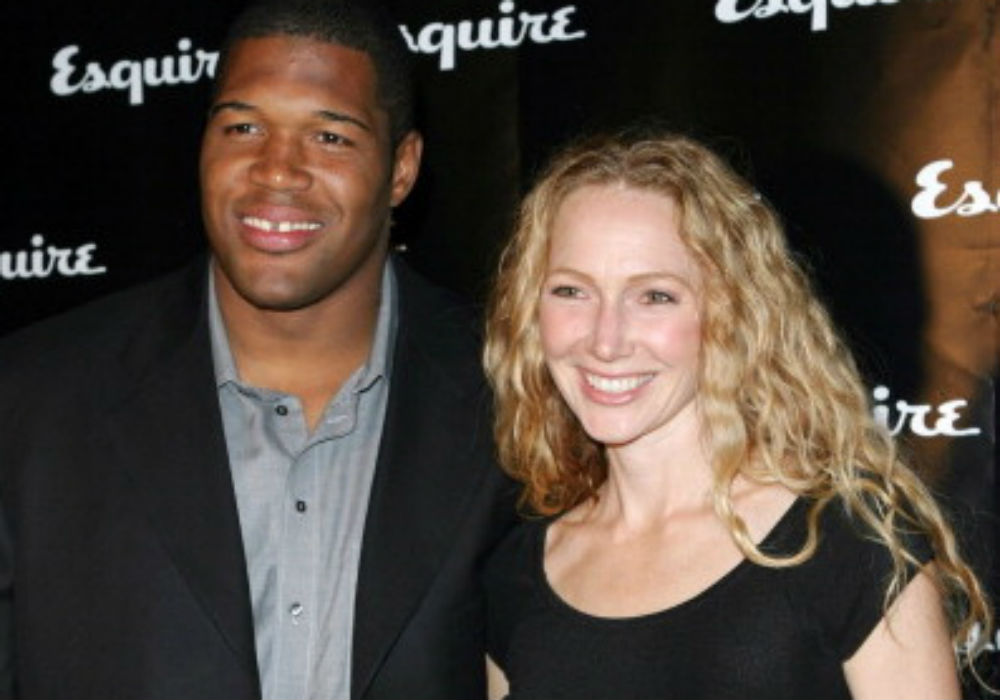 Former NFL star and current Good Morning America host Michael Strahan has filed a request for full custody of his twin teenage daughters after claiming that his ex-wife, Jean Muggli, physically and emotionally abused them.

According to TMZ, Strahan and Muggli have been in nasty court battle for months over child support payments, and now he is going to war with his second ex-wife and has sued for full custody with the allegations of abuse.

In court documents, Strahan accuses Muggli of engaging in “a pattern of abusive conduct towards the children for years.” Strahan also claims to have proof that his ex abused his daughters both emotionally and physically.

He accuses Muggli of not taking the 15-year-old twins – Sophia and Isabella – to court-ordered therapy sessions, and Strahan also says his daughters have missed volleyball matches and equestrian events because of Muggli.

Currently, the girls live in North Carolina with their mother and Strahan has visitation rights. However, he is now asking the court to reverse the situation so he can be the primary custodian and the girls can live with him in New York.

Strahan wants Muggli to have the visitation rights that he currently has, and he also wants his ex-wife held in criminal and civil contempt for her allegations against him.

Last September, the exes were in a New York court over child support after she accused him of being behind on his payments and not fulfilling his court-ordered financial obligations. However, Strahan’s legal team claimed that the court hearing was over Muggli’s request to modify their previous settlement and increase the monthly child support payment, not because Strahan had failed to pay child support.

After Telling Judge She Couldn't Live Off $18k a Month & She Already Blew Through $15 Mil Divorce Settlement Michael Strahan's Ex-Wife Asked for More Money; Details on Why Strahan is Trying to Ger Her Thrown in Jail Now (Court Docs) https://t.co/qh8cmCB1PA pic.twitter.com/J5r7s44gpO

Muggli reportedly made the same claim against Strahan in a North Carolina court in 2018, but it isn’t clear if there was a decision in that case.

Michael Strahan and Jean Muggli married in 1999 and split in 2006. Their divorce was nasty and dragged on for years. Eventually, Strahan was ordered to pay Muggli a $15.3 million settlement plus $18,000 per month in child support.

The former couple is scheduled to appear in Manhattan Supreme Court on Friday, March 13th.

To Michael Stra… go get her! She’s a scorned woman… she didn’t have any big professional job in her life and if she can’t live off of 15 mil something wrong with that girl