Rarely do documentaries have their opening weekend on over 1,000 screens across the United States, with the exception of Michael Jackson’s This Is It, as well as Justin Bieber’s Never Say Never.

In truth, most documentaries that make it to the big screen don’t perform as well as regular movies, so Michael Moore’s latest documentary, which earned just $3 million, still managed to do relatively well, despite its low numbers.

As it was previously reported, Mr. Moore’s latest film revolves around the current president, Donald Trump, who took the nation by storm when he beat Hillary Clinton in the 2016 election.

Wow! This is it! Less than 18 hours until our film “Fahrenheit 11/9” officially opens nationwide! Some theaters were selling so many tickets for this Fri and Sat they decided to jump the gun and open it tonight — and we said yes! Go see it now. Check your local theater listings!

While Mrs. Clinton beat Donald in the popular vote, Donald Trump won approximately 80 more electoral votes than she did, through winning Michigan, Florida, Texas, and other important swing states such as Pennsylvania.

In Moore’s latest film, he explains his theory that, after Donald Trump learned Gwen Stefani was earning more than him for her appearances on The Voice, he decided to run for the president as a way of increasing his leverage in salary negotiations with executives at NBC.

Whether these allegations are true or not, remains to be seen. Moreover, Michael suggested that Donald would be the last president of the United States, insinuating that Mr. Trump would bring the country to ruin.

Moore’s new movie title is a play on one of his biggest films that came out in 2004, Fahrenheit 9/11, which claimed that the Bush administration capitalized on the Iraq War.

Before then, Moore took the world by storm with his take on the Columbine Massacre in Bowling For Columbine. Many people assume the film is “anti-gun,” however, it’s more about a culture of fear that exists within the United States, often stirred by sensationalist news reporting. 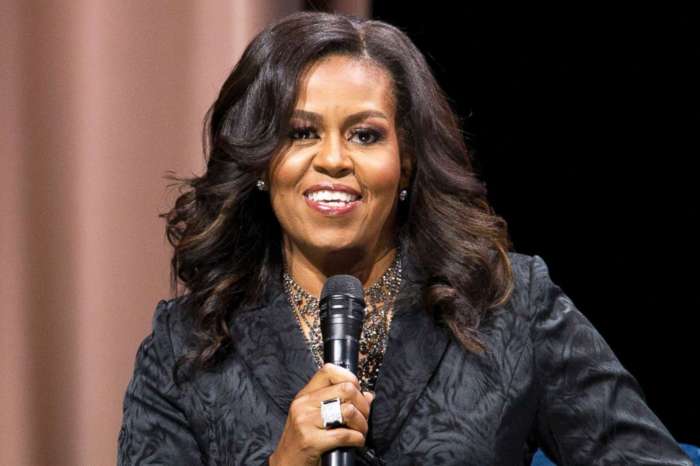 Michelle Obama Is Being Begged By Democrats And Republicans To Run Against Donald Trump, She Responds