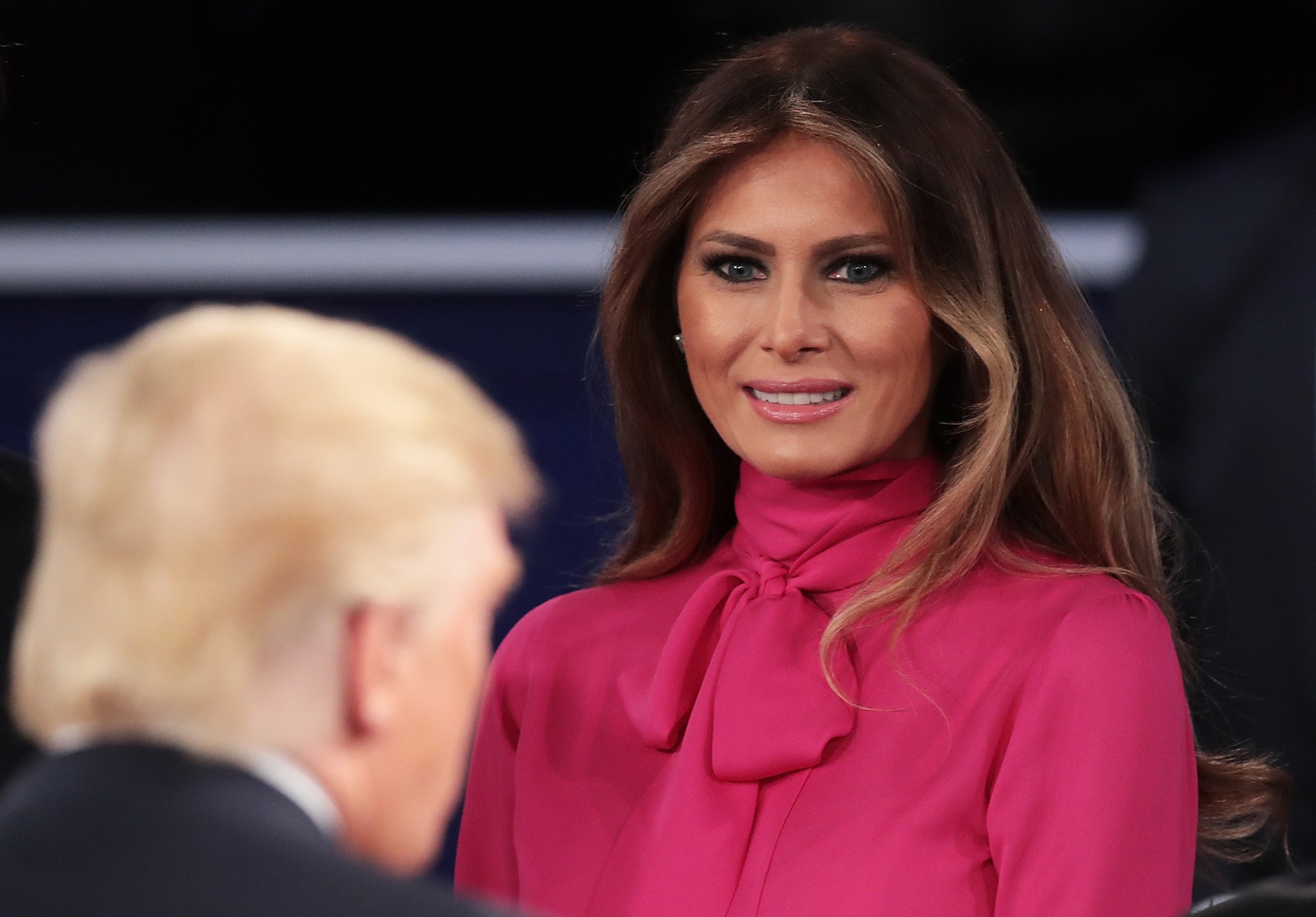 Even though First Lady Melania Trump tends to produce the occasional controversial comments, sometimes also drawing the flak over to her husband, President Donald Trump; she is often commended on certain things as well, such as her impeccable taste in clothing, and her strong dedication to looking good wherever she goes.

Sometimes she does not get it quite right, according to some of the comments posted on previous photos of her, but she seems to have still managed to gather a small following of fans who appreciate her attempts.

At a recent event, Melania once again gathered lots of positive comments when she explained that the Presidential family had invited Mariano Rivera to the White House, where he would receive the Medal of Honor, one of the highest official recognition in the US political and military system.

Many of the comments on Melania’s pictures seemed to ignore her actual statements and were more focused on her appearance instead.

And she did look like she had spent some time in front of the mirror, carefully picking out her attire to complement her classic smile.

Rivera himself was next to her, also dressed impeccably and looking quite proud to be next to the first lady.

One supporter said: “Finally, after such a long time, we have a beautiful and elegant First Lady that does not look like a dude where’s my car? As American Hispanics, we support President Donald J.”

Another commenter stated: “I agree, Melania is lovely…but we don’t need to cheapen the compliment by insulting someone else. 🙏🏼”

This voter claimed: “For one am glad to hear, Hispanics are seeing the empty promises from the left and supporting pres Trump. I have been to Calif and seen the Hispanics work hard and do lovely work growing crops and see that they want to make this their home. For the most part, they roll up their sleeves and work will Americans to make this home.”

Proud to recognize Mariano Rivera at the @WhiteHouse today to receive the Medal of Freedom. We celebrate his incredible career in baseball and ability to bring people together not only through love of the game, but also his philanthropic efforts.

This critic claimed: “Melania’s an incompetent flake. She doesn’t hold a candle to Michelle. ”

This fifth comment stated: “I don’t have to find something negative, and it’s glaringly obvious, impossible to miss…..unless you want to.”

Donald Trump was also in the shot but a bit farther away and was giving off his traditional happy and proud vibes.

Many of the comments beneath the photos also commended Trump for his recent actions in politics, and for his own choice of clothing and solid style.

Teddi Mellencamp Opens Up About Her Third Pregnancy - Any Cravings?