Melania Trump Is Not Answering Calls From Her Friends — Should They Be Worried?

Close friends of Melania Trump are said to be concerned about her since she took the decision to forgo public appearances for almost a month after battling health issues.

A source spoke to Hollywood Life and revealed that they have not been able to see nor talk to the first lady.

It is being claimed that she turned off her phone and ignores the calls of all her friends who want to find out how she is doing.

Many of Melania’s pals feel that she did not write the tweet that claims that she is in great health.

The person in the know told the website: “Melania’s friends outside of the White house are genuinely starting to worry about her. Nobody has heard from Melania over these past few weeks, and her cell phone has been switched off. Whenever any friends inquire as to where she is, or how she is, we’re just told that she’s ‘fine’ and that she’s ‘recovering,’ but that really doesn’t make any sense. Nobody believes that Melania wrote that last tweet, everybody thinks that was written by Donald [Trump] because it didn’t read in the way that Melania writes. To have radio silence for this long is just strange, something is going on, but nobody knows what, it’s definitely concerning.”

Another person close the former glamor model had this fascinating piece of information: “Melania doesn’t believe that she owes anyone an explanation for her movements, outside of the official statement that [Melania’s spokesperson Stephanie Grisham] issued on her behalf. Melania is a true pro at closing people down if they broach a subject she doesn’t want to talk about, and the health of her body is one such topic that she considers off limits; she flat out refuses to discuss her ‘disappearance’ as it’s her business, and hers alone.”

The source added: “I don’t know exactly when the move is supposed to happen, but it is being talked about as a permanent move. Melania would leave the White House in a hot second if it meant choosing between the role of first lady and her family’s health and well-being.”

Melania is redefining the role of the first lady in this country. 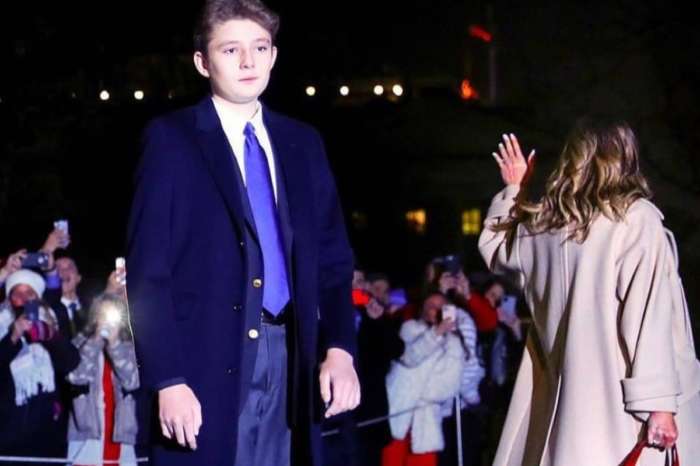