By the looks of things, 2020 will be one heck of a year for Donald Trump if his wife, former model Melania Trump, has anything to do with it.

A lot of things have happened in the past few weeks that have made Melania resent the president more than before.

The mother of one is said to be angry and frustrated by the petty and childish ways he handled the deaths of John McCain and Aretha Franklin.

According to an insider, Melania is planning her big escape as soon as the election results are announced.

A person, who spoke to Hollywood Life, said Melania is eager to divorce The Donald whether he wins or loses.

The source shared: “Melania is quietly preparing for her life outside of the White House and possibly without Donald. She is weighing all her options for a life out of the public eye and away from politics. Melania is thinking about where would be the safest place to live for her and Barron and how she will enjoy a more quiet life. A divorce is very much a real option, and Melania is holding her breath until his term is over so she can make all the best decisions about her and Barron’s future.”

I had the honor to contribute to the beautiful and historic @WhiteHouse grounds today by planting a sapling from the Eisenhower Oak. Thank you to @WhiteHouseHistory for organizing the #PresidentialSites and to the previous first family descendants who joined us today.

The same insider claimed that Melania has her fingers crossed that the former reality TV star will be a one-term president.

The person also stated: “However, if Donald gets re-elected, she will be devastated. Melania stands another four years under this pressure and scrutiny. Donald’s pettiness and ability to hold a grudge are probably the characteristics Melania dislikes the most about him.”

The source went on to explain what kind of embarrassing predicament the business mogul had put his wife: “Melania did not feel entirely welcome or comfortable attending the funeral after John made it clear that Donald was not welcome. She resents Donald again for being put in the middle of an awkward position. Melania wanted to do what is right, whether that meant going in Donald’s place, or respectfully staying away. But she felt humiliated that this is an issue and blamed her husband again for putting her in another challenging situation.”

Enjoyed hosting Sophie Trudeau at the @WhiteHouse today. Thank you neighbors to our north, for the visit.

Many are still baffled by the fact that POTUS dared to mock and belittle McCain.

The Donald got five deferments from serving in the Vietnam war while the late Arizona senator was a Vietnam war hero and a POW who was tortured for six years. 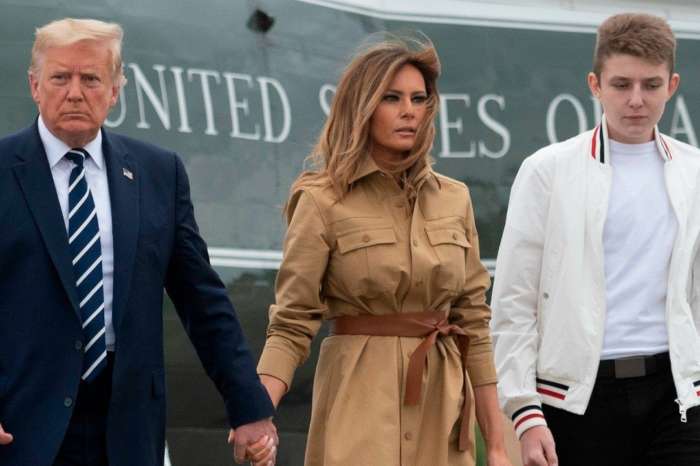 The only thing that happened regarding McCains way to long funeral was Obama, Bush and his daughter made it political. The American people look at that and see petty elites and a bitter dead senator. And all these stories all saying the same thing…you are so obvious at this point we all just roll our eyes. Maga!