First Lady Melania Trump is not very happy being in the White House. The tabloids have covered the issue for a year, but this time, someone more important is joining the conversation.

Former Republican Speaker of the House John Boehner has the perfect explanation behind Melania’s uneasy relationship with her new role.

Boehner said that President Donald Trump never expected to win the 2016 election and had promised his wife that she would not have to move to Washington.

While attending a conference in Michigan, the retired politician was as direct as possible.

He stated: “I think Donald Trump promised Melania that he would not win, [that] she didn’t have to worry about ever living in the White House. It’s probably why she doesn’t look real happy every day – well, maybe one reason.”

Although most recent first ladies have appeared reluctant at times to embrace the title gleefully, Melania has shown less interest until the last few weeks with her “Be Best” campaign.

Boehner was also candid, in a sense, and admitted he never saw the reality TV star from New York becoming president of the most powerful country on Earth.

He explained: “Donald Trump, who I know well, was one of my supporters when I was the speaker, Boehner explained. ‘I was having a rough week? Trump would call me, pat me on the back, cheer me up. Played a lot of golf together. But president? Really? I never quite saw this.”

Melania’s team are not responding to Boehner’s claims; instead, they have turned their fire on the media for suggesting that she had left the White House after her surgery.

A statement read: “I see the media is working overtime speculating where I am & what I’m doing. Rest assured, I’m here at the @WhiteHouse w my family, feeling great, & working hard on behalf of children & the American people!”

An aide added: “Sadly, we deal with conspiracy theories all the time, so this is nothing new, just more silly nonsense. She is doing great. I wouldn’t characterize it as a long absence. She was hospitalized for almost a week and is now home and recovering.”

Melania is the source of a lot of wild conspiracy theories from all sides. 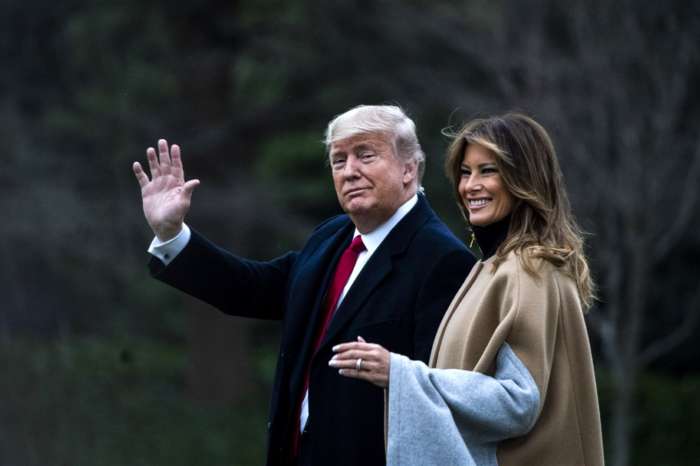