Say what you will about President Trump and the First Lady, but these two definitely know how to decorate. Melania Trump turned the White House into a glittering, winter wonderland with sparkling Christmas trees lining the way to the Blue Room. Joined by a team of experts who began working in early November, First Lady Melania Trump unveiled the Christmas decorations on November 27, 2017.

Each year, the White House provides holiday tours and this year the theme is “Time-Honored Traditions.” The White House features 53 Christmas trees with more than 12,000 ornaments. More than 18,000 feet of Christmas lights were used to add brightness to the display and there are 71 wreaths decorating the White House’s inside and exterior.

A delectable gingerbread house in the shape of the White House weighing 350 pounds took center stage. But what many people noticed was the prominent nativity set.

You may see the video that First Lady Melania Trump shared on social media and via YouTube about this year’s Christmas decorations at the White House in the video below.

The decorations are up! @WhiteHouse is ready to celebrate! Wishing you a Merry Christmas & joyous holiday season! pic.twitter.com/d6ZuyeFvrw

Though some are reporting that the Nativity set wasn’t displayed during the Obamas presidency that isn’t true. The Nativity set has been displayed throughout the years. You may see it in the video tour from the Obama administration below.

America would LOVE a televised tour of the Christmas Whitehouse..any chance of that? Its phenomenally gorgeous. You ROCK FLOTUS????

You can see a 360 tour of the White House at Christmas from 2015 when President Obama and First Lady Michelle Obama were in office in the video below.

One thing that is different from the Obama administration; however, is the use of the words Merry Christmas. President Trump vowed to bring “Christmas” back to the White House, and it seems this is one tradition that the Trump’s are going to restore.

What do you think about the way First Lady Melania Trump and her team decorated the White House for Christmas. 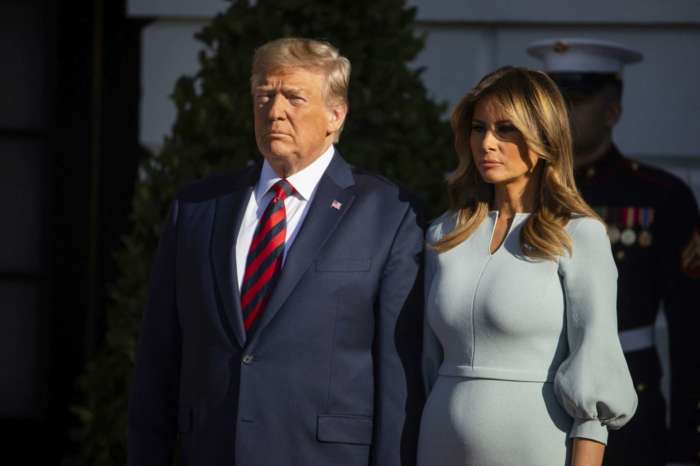