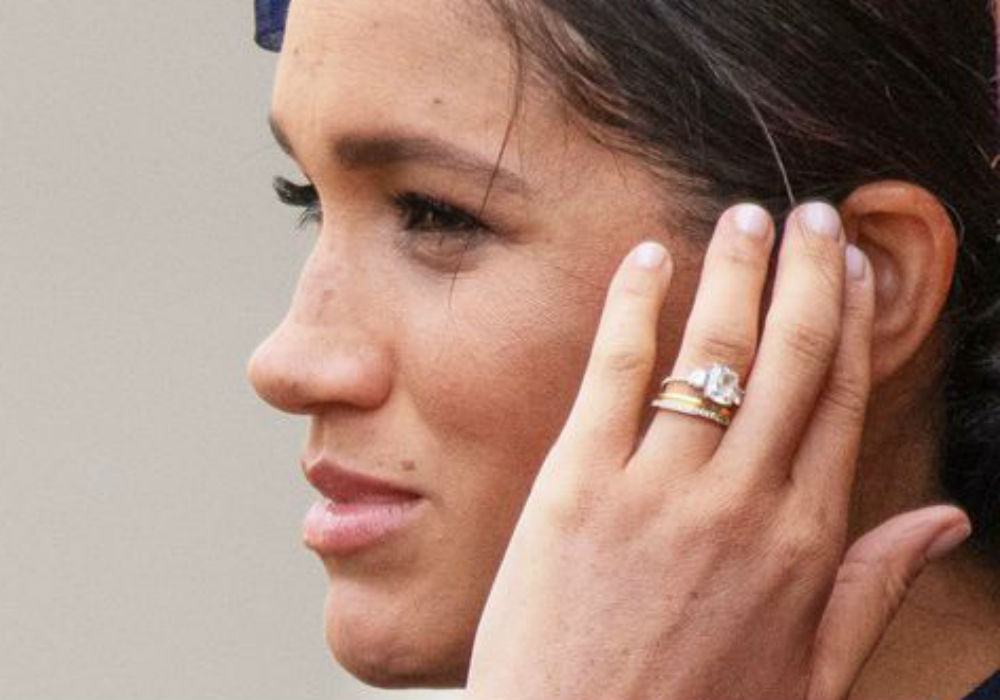 When Meghan Markle made her first post-baby public appearance at Trooping The Colour last month, fans immediately noticed her new eternity ring, which Prince Harry gave her for their first wedding anniversary and to celebrate the birth of Archie Harrison Mountbatten-Windsor. However, this diamond band isn’t just some historical piece of jewelry from the royal family. Instead, it’s a custom band that Prince Harry designed with a special secret message.

According to Page Six, Prince Harry worked with New York-based celebrity jeweler Lorraine Schwartz to design the ring. And, not only did he add pavé diamonds, but he also included tiny peridot, emerald, and sapphire stones which are Meghan, Archie, and Harry’s birthstones, respectively. The stones are on the underside of the band, and each one has its own meaning and significance.

Peridots are the August birthstone and they are believed to instill power and influence, while emeralds are the May birthstone and a symbol of rebirth and love. Sapphire – the September birthstone – protect the wearer from evil and harm, and the overall theme of the ring is that Meghan’s family is always with her.

“Meghan was touched,” says an insider. “A lot of thought went into it.”

In addition to designing the eternity ring, Prince Harry also upgraded Meghan’s engagement ring with a new pavé diamond band to match her anniversary gift, and he added two stones that once belonged to his mother, the late Princess Diana.

The Duke of Sussex’s decision to upgrade his wife’s engagement band didn’t go over well with Majesty Magazine editor-in-chief Ingrid Seward. The royal expert – who has covered the Windsors for more than 30 years and written 20 books about the family – says that a royal engagement ring is “a piece of history not a bit of jewelry to be updated when it looks old-fashioned.”

Seward says that she finds it “a bit odd” that Meghan would want to alter her original yellow gold band on her engagement ring because Prince Harry specifically designed it for her before his proposal.

Of course, Meghan Markle isn’t your typical royal, and she literally represents a new kind of royal existence that is much more modern and updated but still honors the family history. 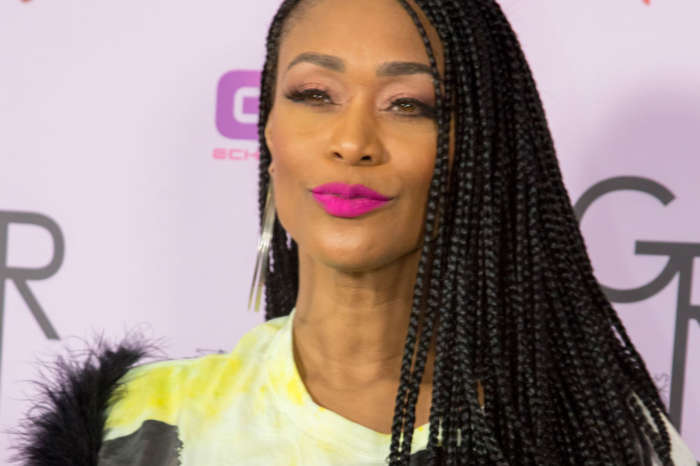