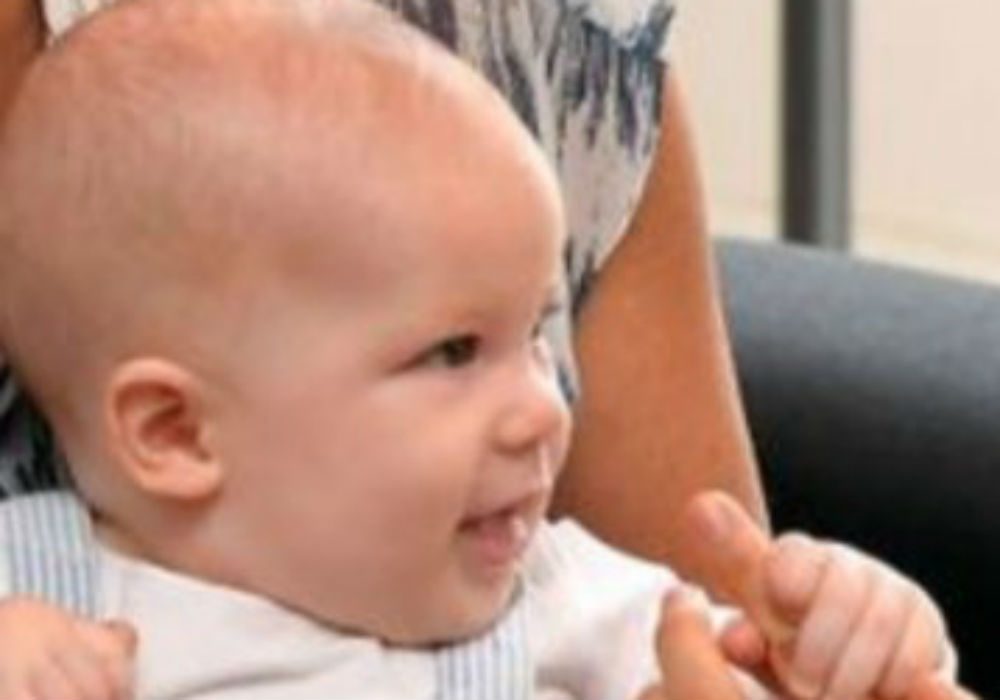 Prince Harry and Meghan Markle are currently in the UK for their final round of engagements as senior members of the royal family. When they attended the Endeavor Fund Awards in London, the Duchess of Sussex gave an update on their 10-month-old son Archie Harrison to one of the ceremony attendees.

A woman named Claire Spencer told Hello! Magazine that she attended the awards ceremony with her husband Lee – who was a nominee – and she briefly spoke with Markle. Spencer revealed that Markle told her: “He is 10 months now and is into everything.”

when i grow up i want to be meghan markle and have the type of love that she and harry have🥺 pic.twitter.com/X8YvqQyHgt

This was a rare comment from Markle, as she and Prince Harry have made it clear that they wish for their son to have a “normal” life and keep him pretty much hidden from the public. The couple actually received criticism from some royal experts for leaving baby Archie in Canada with the nanny while they make their final appearances as senior royals.

Queen Elizabeth has also reportedly expressed her disappointment in not seeing Archie. An insider says that she is “heartbroken over the thought of not getting to see her great-grandson.”

“The queen would love to have a relationship with Archie, but it’s looking unlikely that will ever happen,” said the source.

During Harry and Meghan’s first public appearance together since Megxit, she wore a figure-hugging dress from Victoria Beckham. Spencer says that Markle made the comment about Archie Harrison after Spencer complimented her on how amazing she looked.

During his speech, Prince Harry thanked the guests for supporting him and his wife during their exit from the royal family.

Meghan Markle said "I respect the ugly community (The Royal Family) but i refuse to participate" pic.twitter.com/lCtsMgjqDf

“Meghan and I are so happy to be back here with you,” said the Duke of Sussex. “A lot of you tonight have told me you have my back, well I’m also here to tell you, I’ve always got yours.”

On Thursday, the former Suits actress stopped in for a visit at the National Theatre’s Immersive Storytelling Studio. On Friday, Harry and Formula 1 driver Lewis Hamilton officially opened The Silverstone Experience museum in Northamptonshire.

This weekend, Meghan and Harry are attending the Mountbatten Musical Festival, and the Duchess will also be part of festivities celebrating International Women’s Day. They will make their final royal appearance with Queen Elizabeth, Prince William, Kate Middleton, Prince Charles, and Camilla Parker-Bowles on Monday at the Commonwealth Day service at Westminster Abbey.

After that, Prince Harry and Meghan Markle are expected to return to Canada to be with their son, and they will officially step away from royal life on March 31st.