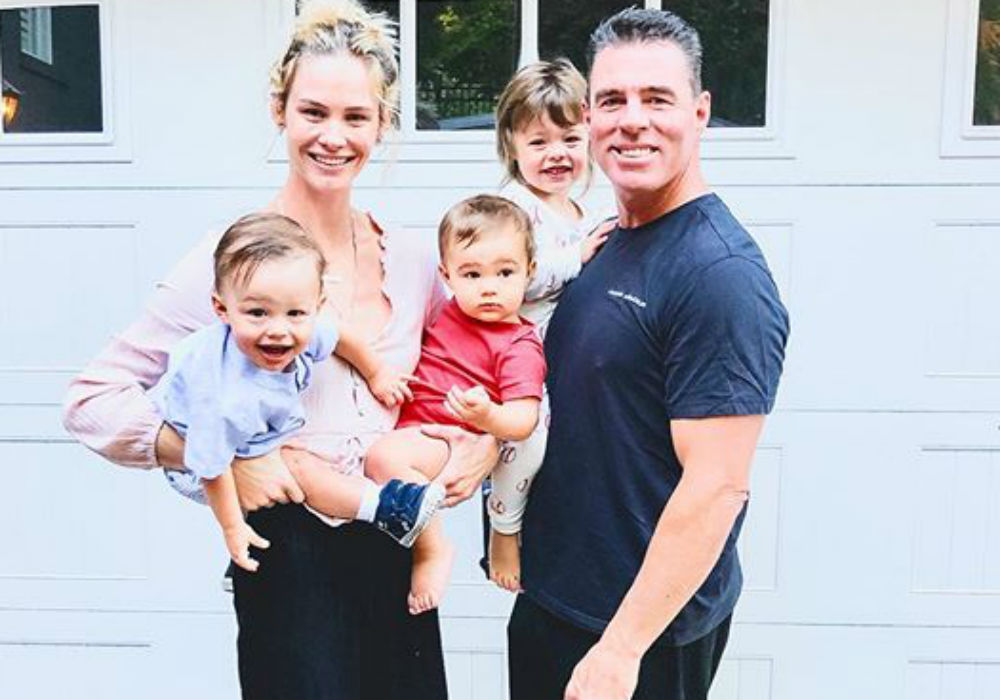 To say that former Real Housewives of Orange County star Meghan King Edmonds has had a stressful summer would be an understatement. At the same time she found out her husband Jim Edmonds sent some inappropriate texts to another woman while she was pregnant with her one-year-old twins Hart and Hayes, doctors diagnosed Hart with “irreversible brain damage,” and Meghan is feeling guilty about focusing on Hart while ignoring her other kids.

According to The Daily Dish, Hart’s brain damage diagnosis is connected to his minor Periventricular Leukomalacia diagnosis, which Meghan says explained all of the concerns she had about Hart since his birth.

Exactly the same age, same parents, and living in the exact same environment yet SO DIFFERENTLY ABLED. In this blog I fantasize what it would be like to isolate “Hayes’s Mom” and “Hart’s Mom” from each other. This is raw and revealing, not just for me but probably for you too. Take a deep breath before diving in, it’s a depths-of-the-soul type disguised as a lighthearted read. You’ve been warned. #hartandhayes #gohartgo

Meghan says that there is rigidity in Hart’s muscles, delayed physical milestones, stiffness in his joints, a lack of fluidity with his arm and leg movements, and he favors his right side. She says that the damage occurred while Hart was in the womb, and he is at risk for a Cerebral Palsy diagnosis, which they are monitoring.

Ever since Meghan found out about Hart’s condition, she has been looking for different treatment options, and that has required a lot of travel. This has taken her away from Hayes and her two-year-old daughter Aspen, not to mention her stepchildren.

“I sit here as Hart and I are embarking on his second intensive therapy session away from our family. First we went to The NAPA Center in Los Angeles for three weeks, now we are getting hyperbaric oxygen therapy in New Orleans for a month,” Meghan wrote in a recent blog post. “As a family we are all making huge sacrifices to help make Hart function typically.”

Meghan added that her heart is “so damn heavy” with the time she is spending away from her kids, as Aspen has been acting out and Hayes is whiny but he doesn’t know why. She says it kills her to spend time away from her other kids, and she feels guilty that Hayes isn’t getting the one-on-one attention that Hart gets, and that Aspen received before the twins were born.

We’re doing it! Hart and I are off to LA for intensive therapy @napacenter! How do you pack for three weeks with a baby? I shipped a lot of stuff in advance and found the cheapest baby gear ever (pack n play, convertible car seat, and high chair). Stay tuned to my stories for a blog with tips! #gohartgo

Meghan also wrote in her blog post titled “Raising Two Very Differently Abled Twins” that she hasn’t left her step-kids – Landon, Sutton, Hayley, and Lauren – and she loves them.

Jim Edmonds has also been helping out with his son’s therapy in a hyperbaric compressed oxygen chamber (HBOT). Meghan says that she or Jim “dive” into the chamber with Hart four times a week, and they are seeing progress.

Meghan King Edmonds has also made it clear that she and Jim are still very much together, still married, and working through their issues.