Meek Mill is finally a free man, and we hear that the rapper is determined to make the most of his life! In fact, the rapper was happy to start doing just that on the very first day!

Meek reunited with family members and dear friends, and he made sure to document everything, before attending a 76ers game.

While there, the man received a hero’s welcome!

Insiders are telling us that Meek is determined to make only good choices in life after spending time in jail.

‘So many celeb friends and influential people have Meek‘s back and have been talking about him in such a positive light to get him out of the predicament he has been in that he feels like he owes it to all of them to be a better man. This has been beyond a learning experience, and he is taking things very seriously because he doesn’t want to let down the people that stood up for him,’ one source dished.

They also added that the rapper really wants to honor his many fans and fellow stars who have fought for his release by doing his best to become a better person.

‘It’s very important for him to grow with this second chance and prove that they were right about him and that he’s the good guy that he is and that he’ll become even better of a person after all is said and done.’

Despite being unfair, it sounds like Meek’s time in prison has at least been a learning experience.

As fans know, the celeb was arrested for violating his probation even if the accusations he was incarcerated for last year, popping a wheelie and an airport altercation, were dismissed.

Many stars rallied for his release, claiming that what was happening to the rapper was a clear example of how corrupt the justice system really is. 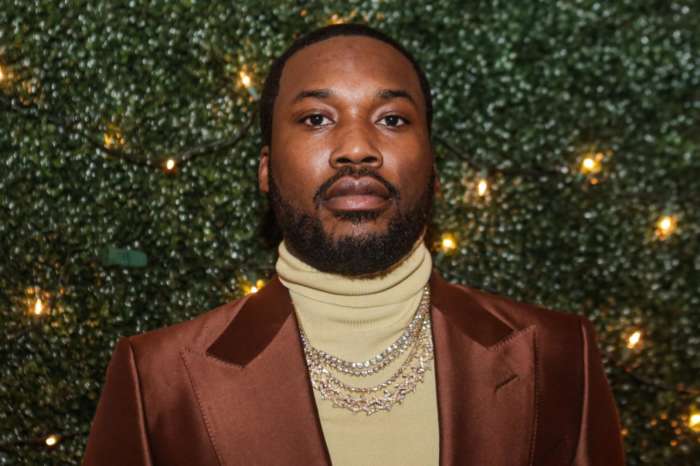 Don’t really know much about you Meek, but it seems like you have your head on straight and determined to be better Congrats on your release and enjoy life baby.