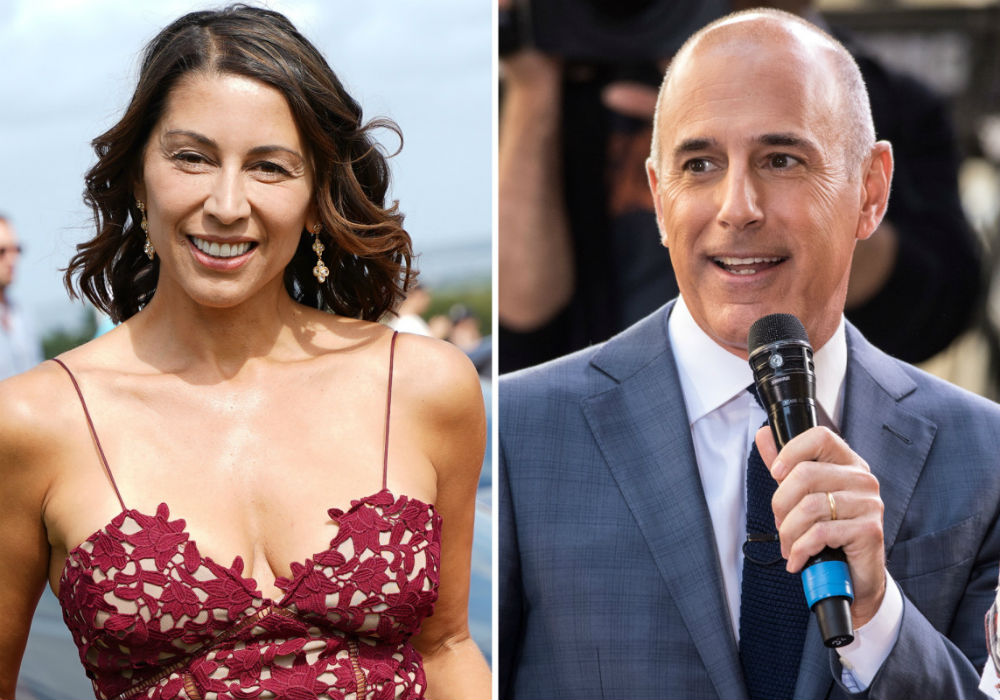 Disgraced former Today Show host Matt Lauer is moving on after his split from Annette Roque. The 62-year-old was recently spotted with his longtime friend-turned-girlfriend Shamin Abas, and she looks exactly like Lauer’s ex.

According to In Touch Weekly, Lauer and Abas jetted off to New Zealand for the holidays, and they were seen catching a flight out of New Jersey’s Newark Liberty Airport the weekend before Christmas. Lauer and Abas have known each other for at least 15 years, and they were actually linked in 2005 when Lauer was married to Roque.

“Obviously one thing led to another and they’re a full-fledged item now,” claims an insider. “She knows who he is. She’s thrilled she’s with him. She doesn’t seem to have a care in the world.”

The source says that Lauer has been “on the prowl” for a new love interest after Roque left him, and Abas, a public relations executive, was one of the few friends in his life that didn’t turn their back on him.

The source says that despite all of the accusations that have been made against Lauer, he is still a “very charming” guy, and they can understand why Abas fell for him.

Lauer and Abas reportedly flew first class, and an eyewitness says that the former news anchor let his new girlfriend take the window seat while he took the aisle. Many people apparently thought that Lauer was with Roque because she and Abas look so much alike.

“When they got to Houston he helped her first get her stuff out of the overhead and then they got off the plane,” revealed the eyewitness. “He talked to anyone who said hi to him.”

Abas remained “quiet and reserved” during the trip, says the eyewitness, but she did seem “happy.” And, she was all smiles in the photos that were taken when they boarded their plane in New Jersey and when they arrived in both Auckland and Queenstown.

Lauer and Abas spent the holidays at his $9 million farm in New Zealand known as Hunter Valley Station.

After NBC fired Matt Lauer in November 2017 due to allegations of sexual misconduct in the workplace, Roque – his wife of 20 years – filed for divorce, which was finalized in September. The former couple share three children: Jack, 18, Romy, 16, and Thijs, 12.