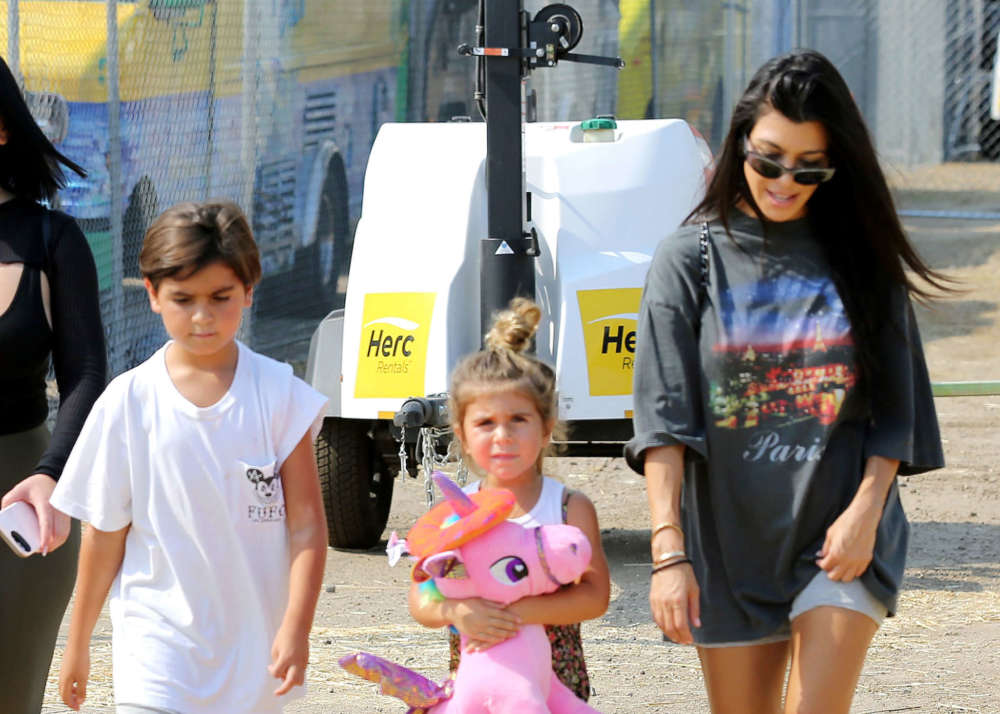 Mason Disick is becoming more visible in the public eye as the days go on. This time, Mason opened up about one of the most controversial romances in the culture right now: Kylie Jenner and Travis Scott. Page Six reported on an Instagram Live session from Mason, the son of Kourtney and Scott.

Mason says in the video recording that Kylie Jenner and Travis Scott are not currently dating again, despite some of the reports claiming the opposite. The Shade Room picked up on the recording first, then deleted it, but then other accounts managed to salvage it.

Subsequently, Mason’s account was deleted as well, but it’s unclear why. Some people on social media believe it was because of the onslaught of people asking him about the relationship, which likely got the young boy in trouble with his family.

Kylie and Scott haven’t addressed the controversy yet, but they did upload a video of Scott playing basketball with their 2-year-old daughter, Stormi Webster. Some people think it was done to drive attention away from Mason’s post.

Mason Disick says Kylie Jenner and Travis Scott are NOT back together. pic.twitter.com/IbjDoSRSN4

As fans of the ex-couple know, Kylie and Scott have been isolating together and taking care of their child. Apparently, Kylie took the Surgeon General of the United States’ pleas seriously. As it was previously reported, Jerome Adams appeared on Good Morning America and urged social media influencers to try and get people to stay home.

Ever since Jerome called on Kylie to help out, Jenner has been uploading videos on a regular basis, urging fans to do their part in “flattening the curve.” Other stars to do so include Bella Hadid, Ryan Reynolds, and Seth Rogen.

In a recent Instagram Story, Kylie told her fans to “please stay inside,” and to “practice social distancing” as much as possible. She added that it was important to stay at home and not expose other people, especially older individuals, to the virus.

She went on to address the fact that many people who have COVID-19 are asymptomatic, in other words, they don’t show any symptoms and it’s not obvious they’ve contracted the coronavirus.