Legendary director Martin Scorsese has created a whole bunch of controversy in recent months after sharing his opinion that Marvel superhero movies are “not cinema.” And, for the holiday season, his 20-year-old daughter Francesca decided to have some fun by wrapping all of his gifts in Marvel wrapping paper. 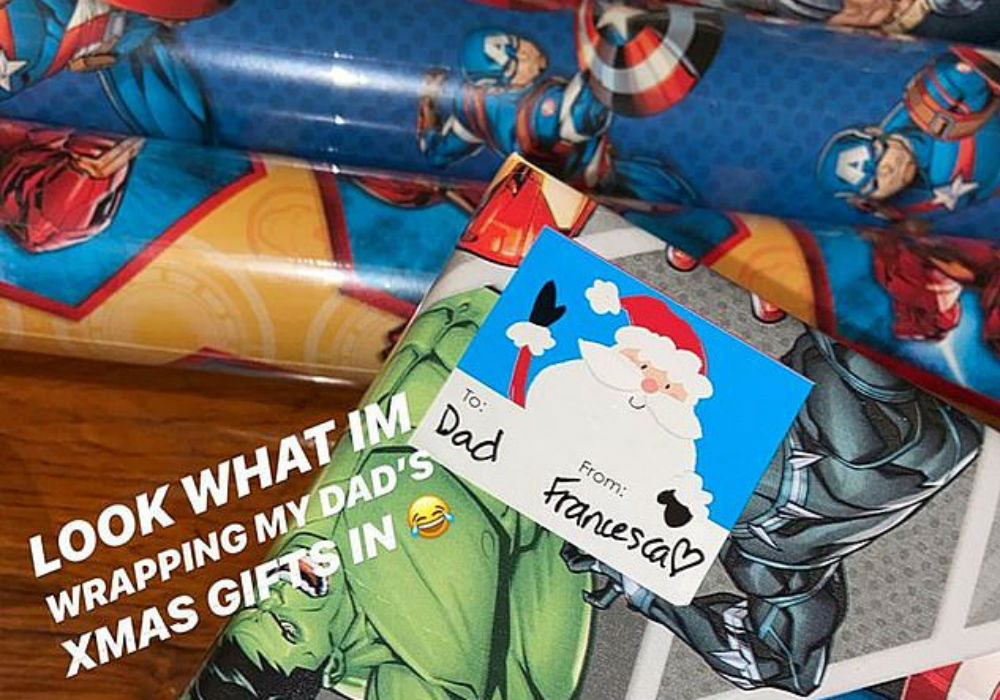 Back in October, Scorsese told Empire Magazine that he doesn’t watch Marvel movies, but he has made an attempt.

“But that's not cinema,” said the 77-year-old Scorsese. “Honestly, the closest I can think of them, as well-made as they are, with actors doing the best they can under the circumstances, is theme parks. It isn't the cinema of human beings trying to convey emotional, psychological experiences to another human being.”

After those comments sparked the controversy, Scorsese wrote an opinion piece for The New York Times a month later to explain his statement.

Scorsese wrote that the people who make Marvel movies have “considerable talent and artistry” which is obvious on the screen. And, the fact that the films themselves don’t interest him is a matter of personal taste.

He continued by writing that if he was younger, it’s possible that Marvel movies would excite him and he might want to make one himself. But, he grew up when he did and he developed a sense of movies - of what they were and what they could be. Scorsese said that what he learned is “as far from the Marvel universe as we on Earth are from Alpha Centauri.

Even though Scorsese isn’t a fan, the Marvel films have brought in billions at the box office over the past decade, including this year’s Avengers: Endgame , which broke every record in the book by grossing $357.1 million in its opening weekend before grossing $2.797 billion globally throughout it's theater run.

Scorsese is doing just fine without making superhero movies, as his latest movie The Irishman has been a hit for Netflix. He also has numerous projects in the works, including the upcoming biopic Killers of the Flower Moon , about the life of President Theodore Roosevelt.

Martin Scorsese is also attached to the new Hulu series The Devil in the White City starring Leonardo DiCaprio.

Jeff Bridges Talks About How Difficult It Was Making The First Iron Man Movie With Robert Downey Jr.

KUWK: Tristan Thompson And Travis Scott Were At The Kardashian Christmas Party Just As Dads Not To Reunite With Their Exes, Source Says