Martin Gugino – Elderly Protester Assaulted By Police Responds To Donald Trump’s Theory That He ‘Set Up’ His Attackers! 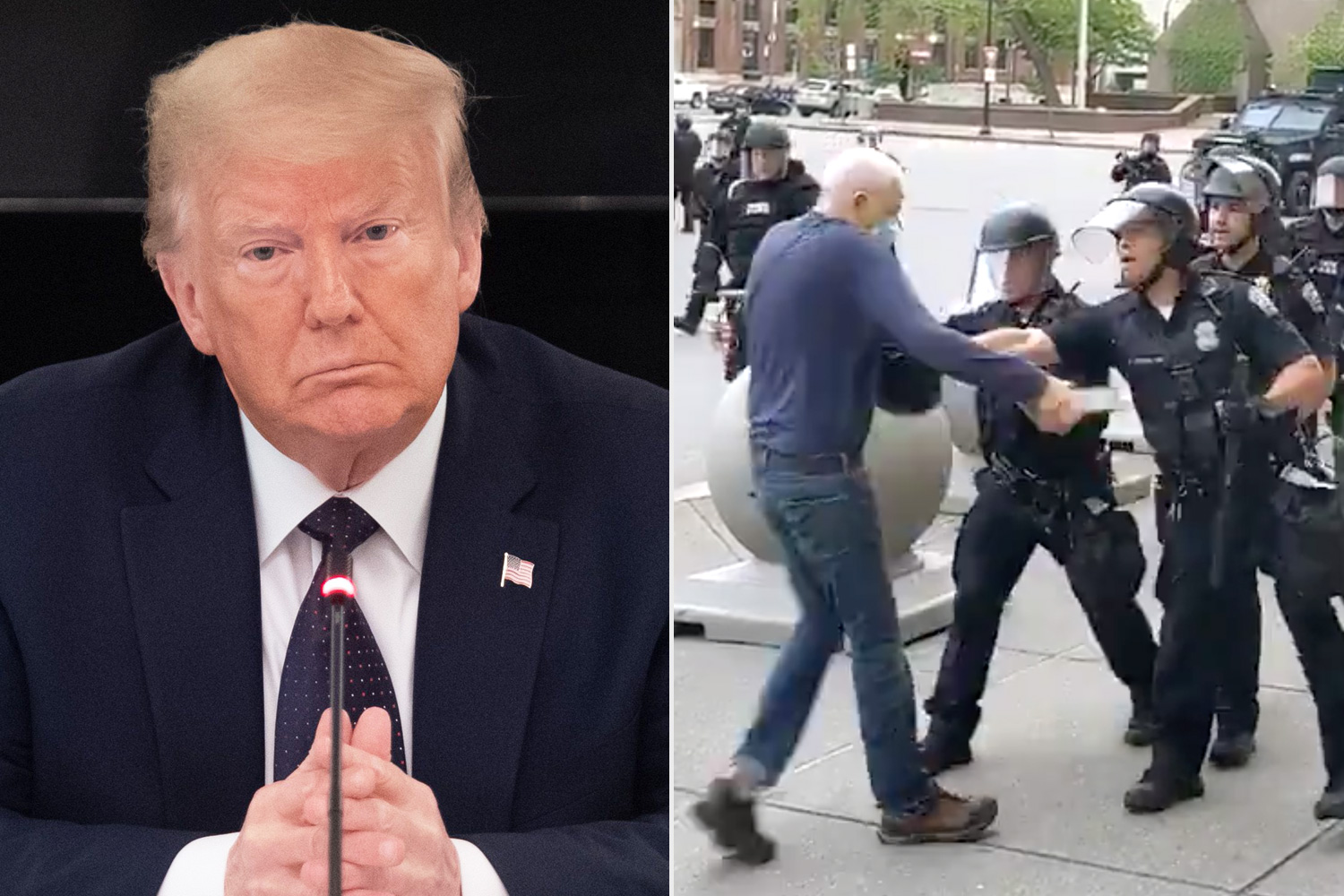 Donald Trump is still getting quite a lot of criticism after he shared a conspiracy theory that elderly protester Martin Gugino, 75, who was assaulted by the police in horrifying video, could have been an ‘antifa provocateur.’ Furthermore, much to the outrage of many, the POTUS also suggested that the man fell much harder than he was pushed ON PURPOSE, just so that he could ‘set up’ the riot police!

Now, the injured man’s attorney clapped back as well, while updating people on his health.

Kelly V. Zarcone, Esq. shared a statement via HollywoodLife not too long after Trump’s tweet, reading: ‘Martin is out of ICU but still hospitalized and really needs to rest. Martin’s always been a PEACEFUL protester because he cares about society. He’s also a typical Western New Yorker who loves his family. No one from law enforcement’s even suggested anything otherwise, so we’re at a loss to understand why the President of the United States would make such accusations against him.’

As mentioned before, this was meant to be a response to Donald Trump’s earlier post in which he tried to victim blame the protester and find excuses for the policemen who pushed the 75 year old hard, leaving him unconscious and bleeding heavily from the ear on the concrete as they walked away, not bothering to even help.

Trump tweeted: ‘Buffalo protester shoved by Police could be an ANTIFA provocateur. 75-year-old Martin Gugino was pushed away after appearing to scan police communications in order to black out the equipment. @OANN I watched, he fell harder than was pushed. Was aiming scanner. Could be a set up?’

Sure enough, everything the president wrote is not the case and that can clearly be seen in the footage that has become viral on social media, showing the police pushing the man hard for no reason, causing him to fall and hit the concrete sidewalk.