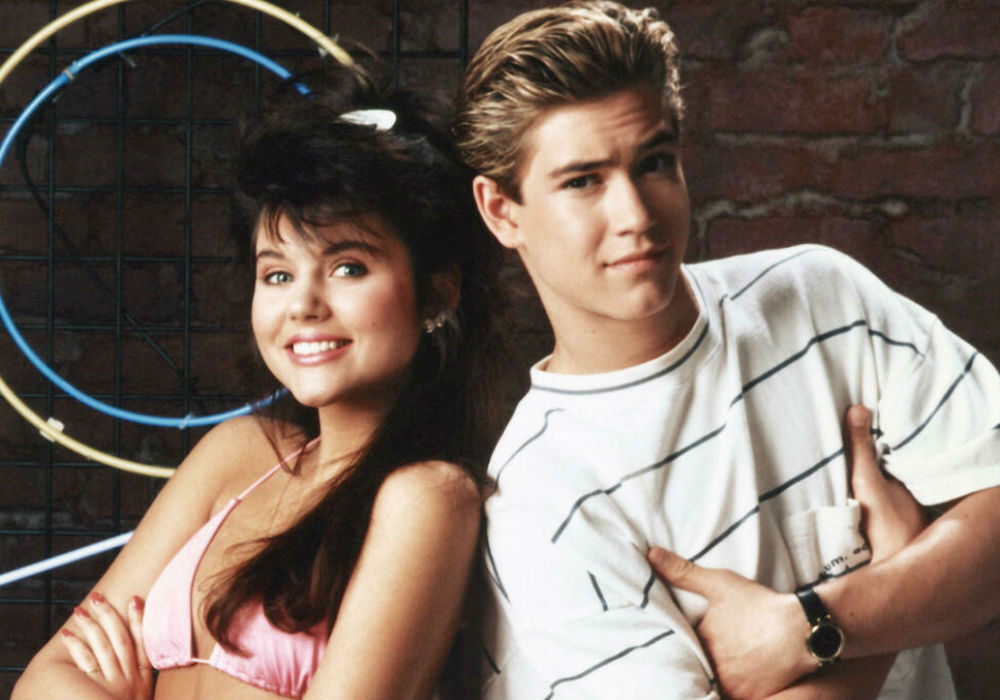 Preppy is coming back! Nearly three decades after starring as Zack Morris on the hit NBC teen sitcom Saved By the Bell, Mark-Paul Gosselaar is transforming back to the iconic 90s character by going blonde ahead of the series reboot for the NBCUniversal streaming service, Peacock.

On Wednesday, Gosselaar posted a pic on Instagram that featured the 46-year-old trying to figure out the right shade of blonde for the character. In the caption, he tagged his co-stars Tiffani Thiessen (Kelly Kapowski), Mario Lopez (A.C. Slater), and Elizabeth Berkley (Jessie Spano), and wrote: “One of these blondes is going be Zack Morris. #sbtb #reboot.”

NBC announced last fall that they would be rebooting the beloved series on Peacock. The project is being headed up by 30 Rock and The Mindy Project writer Tracey Wigfield, but only Lopez and Berkley were originally attached. No one told Gosselaar and Thiessen.

“Literally, Mark-Paul and I were like, ‘Oh, wow! I didn’t know that was happening.’ But it seems like everyone is doing a reboot, these days. It’s, like, popular, I guess,” Thiessen told Us Weekly in October 2019.

In addition to starring in the reboot, Lopez is also producing the project. He joked with Gosselaar during his appearance on Access Daily last September after the reboot announcement that they couldn’t afford Gosselaar because “He’s got a high quote right now.”

“There’s logistics,” Gosselaar replied. “I’m on ABC right now, this is NBC. People understand that there’s other things than just saying ‘I want to be a part of it.’”

My homie Mark-Paul looks like he’s about to start a cult. He came by to update my buddy bands… #OldSchoolBoys #PreppyGoneWild

Gosselaar is currently starring in Mixed-ish, but he was eventually able to work out joining the cast of the Saved By the Bell reboot. Thiessen has also signed on to return. Long before the reboot was ordered, Gosselaar said at the 2018 Television Critics Association Summer Press Tour that he would like to see the show come back if it was a version worth everyone’s time.

Mark-Paul Gosselaar said that he had seen a lot of versions that didn’t do the show justice, and he was looking forward to a version that everyone could agree on.

According to the reboot description, Zack Morris is now the Governor of California, and he implements a policy that moves students from under-performing schools into better schools, like Bayside High School.