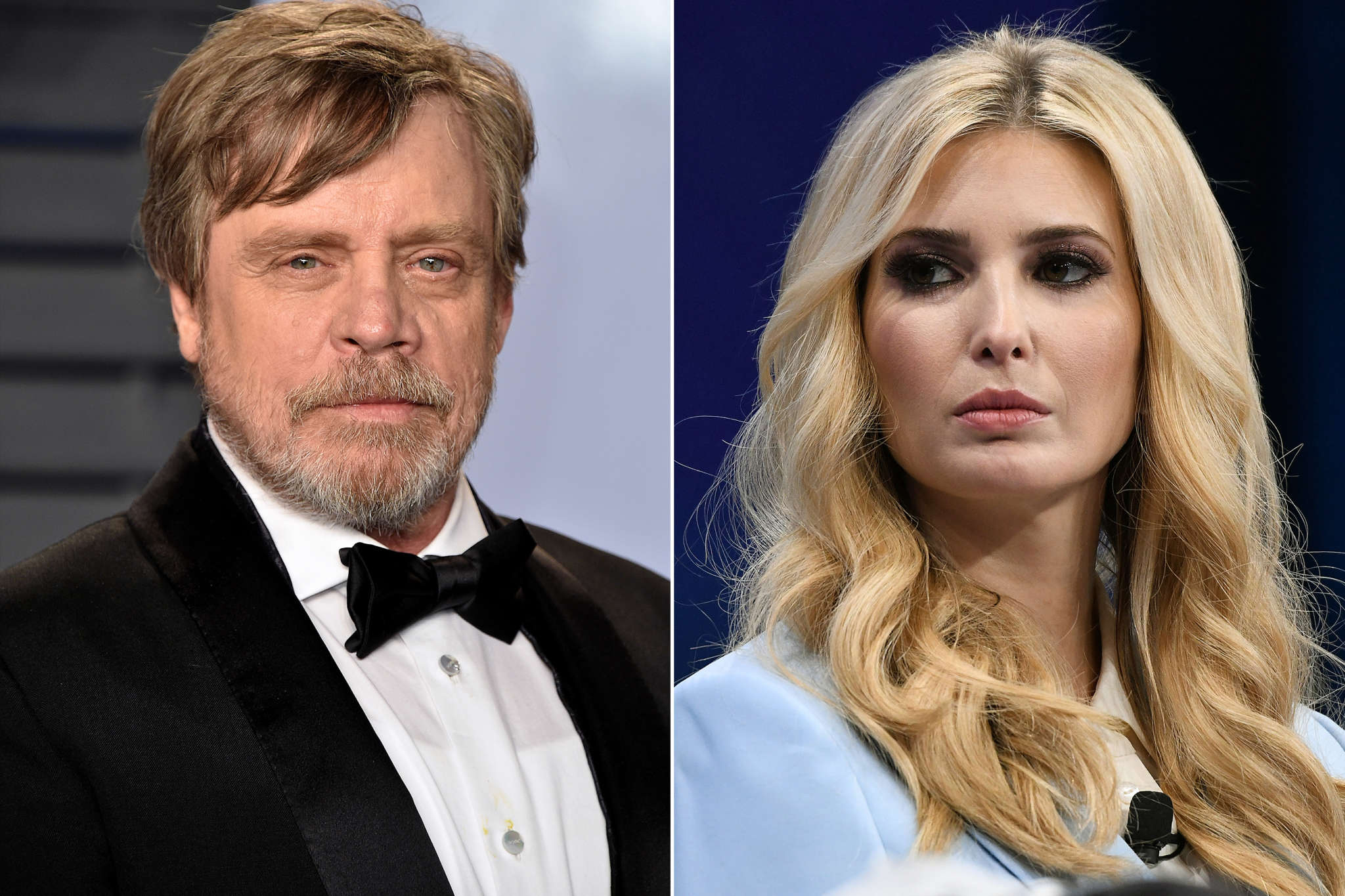 Ivanka Trump took to social media to share a family pic that featured her, her husband and their three kids! One of the young ones, 3 year old Theodore Kushner was dressed in a Stormtrooper costume so, naturally, in the caption, the first daughter made reference to the iconic movies.

However, it turns out that the actor who portrayed Luke Skywalker, Mark Hamill did not like the association with the beloved series of films and went on to call them a ‘fraud!’

It all started with her caption that read: ‘The Force is strong in my family.’

While he was not the only one to criticize the post, it is safe to say that his reaction to it must have hurt the most!

Later on, one fan on the platform argued that the child looked great in the costume, zooming in on him and writing: ‘the parents… this kid rocks.’

It did not take long for Hamill to respond: ‘Agreed.’

It’s a well-known fact that the legendary actor is definitely not a big fan of Donald Trump and his family!

As an anti-Trump activist, he often disses them online.

Following the Donald’s inauguration, the actor responded to a social media user that posted: ‘write a sad story using only three words.’

And that was not the only diss! Since he’s a great voice actor as well, Hamill did a series in which he’d read some of Trump’s tweets in the Joker’s voice!

That being said, it’s no surprise that he would be bothered by Trump’s daughter associating her clan with Star Wars.

A true Jedi? Attacking women and kids? Jedi punk! You are more of a fraud than Trump could ever be.. what’s next?step on some kittens to prove your tough? Man, your hate is taking over your brain. Makes you look like a fat old drunk. So sad what you will do for a little attention…..