Marilyn Manson Accused Of Sexually Assaulting Minors In Florida, Calls For An FBI Investigation Under Way

The latest allegations against Marilyn Manson include sexual assault of multiple minors in Florida and now calls are underway for an FBI investigation to launch. Manson's world came to a screeching halt on February 1, 2021, when Evan Rachel Wood , joined by four other women, made multiple allegations of rape , torture, physical, sexual, and emotional abuse against the 52-year-old shock rocker. The women say that Manson brainwashed and gaslit them and even used spy tactics to keep them from speaking out. Since Evan, Ashley Lindsay Morgan, Ashley Walters, Gabriella Accarino, and Sarah McNeilly spoke out, multiple people are sharing their horror stories from their time with Marilyn Manson . Corey Feldman has revealed that Manson has terrorized him for years, and multiple sources say he sent spies to infiltrate Feldman's home.

Now that there are pedophilia allegations against Manson, many are asking if he was terrorizing Corey Feldman due to his being Hollywood's loudest voice against pedophilia!

Evan Rachel Wood shared a letter on her official Instagram account that requested the Department of Justice launch an investigation in Marilyn Manson due to the vast amount of accusers coming forward. Of most importance for Florida, are the allegations that there were multiple minors who state Manson sexually assaulted them. It is unknown what gender the minors are, when the alleged assaults took place, or how old the victims were at the time of the incident.

While Marilyn Manson waits to see if they file charges against him in what is quickly turning into a multi-state investigation, the court of public opinion has declared him guilty.

Much of what has turned people's opinions against Manson are the statements that he made. Though the women share commonalities in their allegations, Manson has a long history of making inappropriate comments about sex, including with underage girls.

You may see a video clip of Marilyn Manson saying that he does not drink alcohol, take drugs, or have sex with underage girls below.

Here is a letter that Evan Rachel Wood posted on her Instagram account. It is from Florida Representative Anna Eskamani. 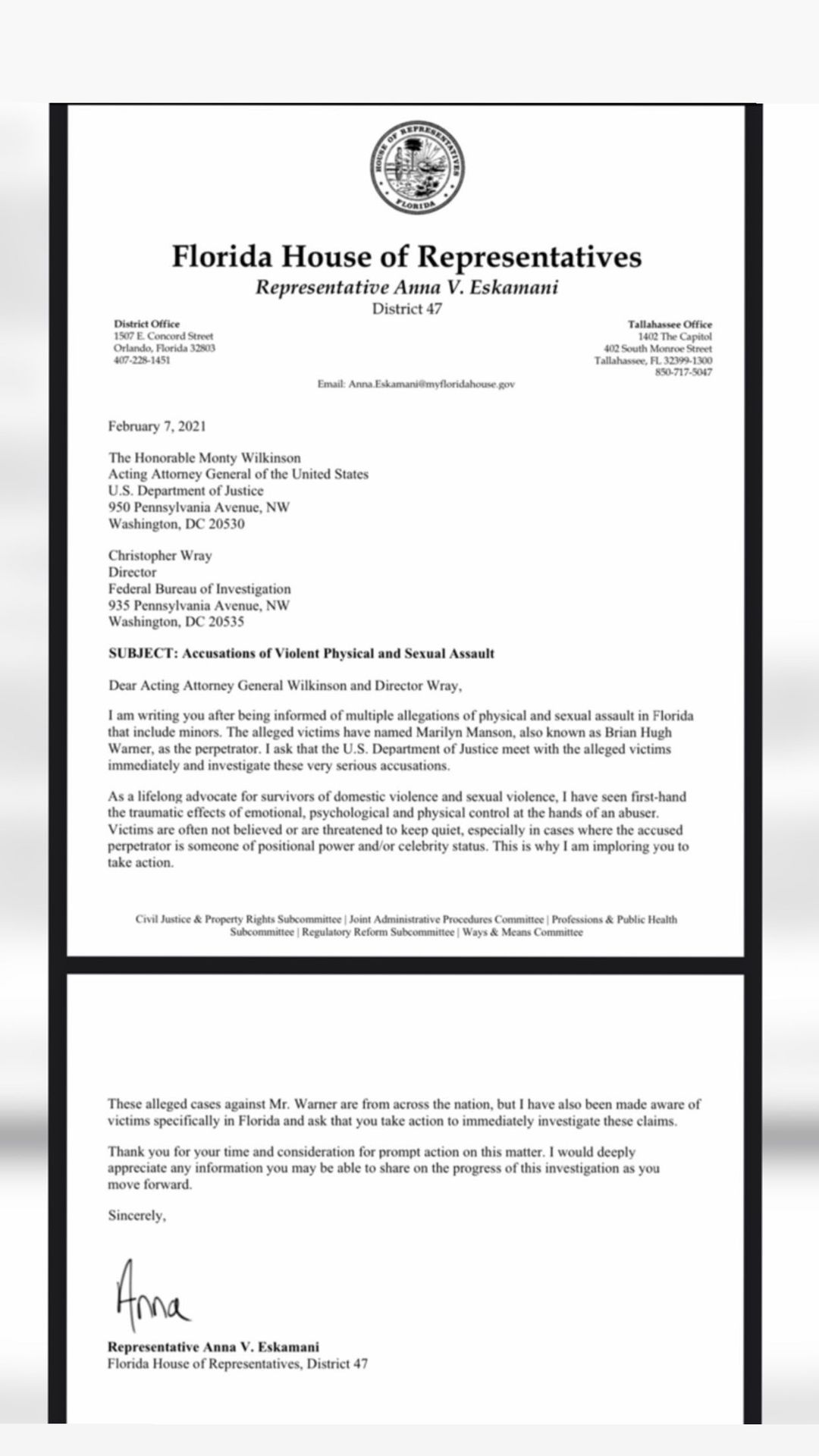 What do you think about the latest allegations against Marilyn Manson? Do you think the FBI should investigate?

Kenya Moore Looks Jaw-Dropping In This Outfit - See The Photo