Maggie Grace From Lost Star Is Married To Brent Bushnell!

Maggie Grace is off the market for good this time! The actress, who is known for her role in the Taken trilogy; Californication, and Lost, married Brent Bushnell on Sunday.

Grace and Bushnell were surrounded by their closest friends and family in La Jolla, California, as they tied the knot after a short three-month engagement.

the strongest and sweetest songs yet remain to be sung (Whitman) ?

Maggie has managed to keep the details regarding their romance relatively quiet, but the couple made their social media debut with a snapshot on the water back in February – probably to celebrate Bushnell asking her to marry.

Brent is the CEO of an organization called Two-Bit Circus, which is an engineering entertainment firm. He is unlike Maggie, who prefers to work on the screen in film and television, while Brent prefers to be in the back.

It’s hard to believe they would come together considering their sharp personality differences and career; Maggie is more extroverted while Bushnell is introverted, but then again some people say that opposites attract!

The couple formed their unlikely alliance not long after she called off her relationship with Matthew Cooke in 2015.

Mathew Cooke was an actor, and Maggie’s experiences with people in television and film permanently turned her off of them.

In an interview with New You, she revealed it’s tough to reconcile schedules when both partners are performers.

She said it’s possible to make it work, but she just doesn’t have “that energy.”

Bushnell’s consistent routine because of his job has given them the stability that they need, and Maggie couldn’t be happier. She gushed about their relationship saying it was an incredible gift to come together as a couple, “a culture of two.” We’re glad she found the right man, and we send our congratulations to the happy pair. 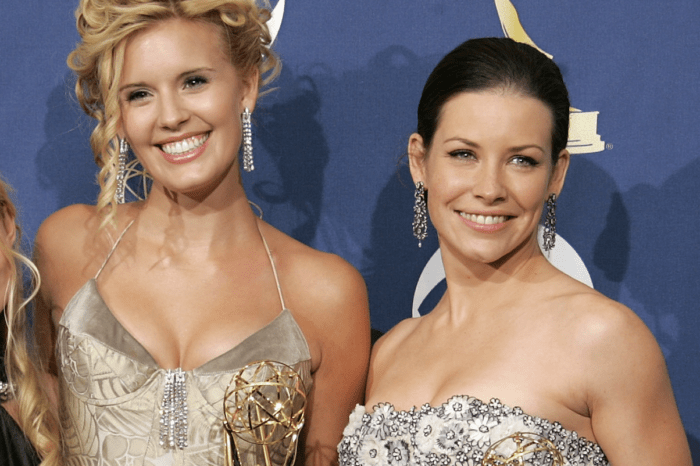 There’s No Way Kris Will Ever Talk To Caitlyn Again, Says Kim Kardashian