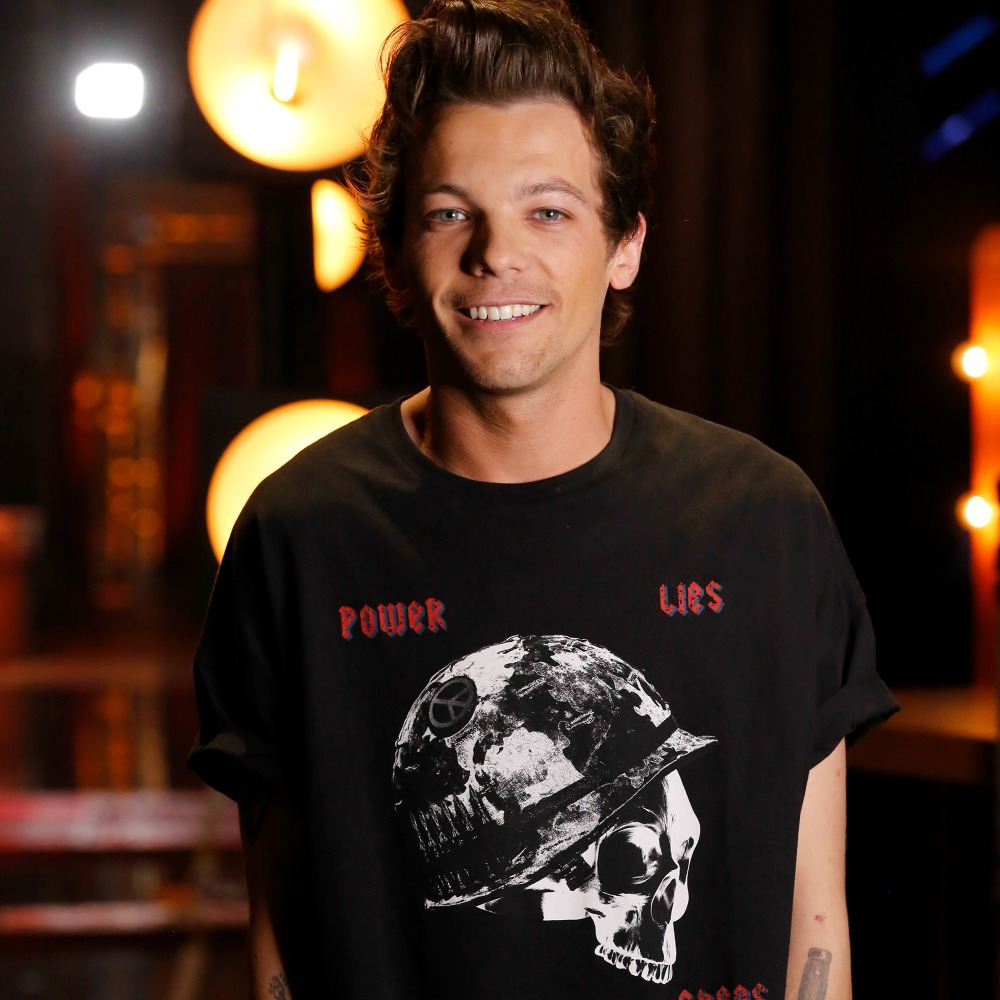 At the time he was born, the proud dad confirmed he’d become a parent for the first time, writing in a post: ‘I’m pleased to say my baby son was born yesterday. He is healthy and pretty amazing. I’m very happy!!’

Now, on the special holiday, the woman shared a black and white pic that was taken inside the delivery room when she gave birth to their son and alongside it, she wrote a very sweet message, paying tribute her child’s dad.

‘Happy Father’s Day Louis. We’ve created the most special boy and he’s lucky to call you his dad,’ the caption reads.

Happy Father’s Day Louis. We’ve created the most special boy and he’s lucky to call you his dad

The exes were first linked romantically after being spotted out and about together in Los Angeles in 2015.

Soon after that outing, they dated for a short while.

In July of that same year, the news about Briana’s pregnancy exploded.

The former One Direction singer was only 23 years old and was even linked romantically with Danielle Campbell when the boy was born.

That being said, there were rumors that the relationship caused tension between Louis and Briana.

Since the birth of their son, they have remained rather private about their lives so it’s not clear what kind of relationship they share today.

Either way, judging by her sweet post, it’s safe to assume they’re doing pretty well when it comes to co-parenting.

As for the singer’s love life, he is currently dating Eleanor Calder, someone he was linked to before dating Briana as well.

At the time, he was still in One Direction and fans would see Eleanor with Louis during world tours.

While they split a few months before getting together with the mother of his child, in 2017, they reunited and have been going strong ever since.