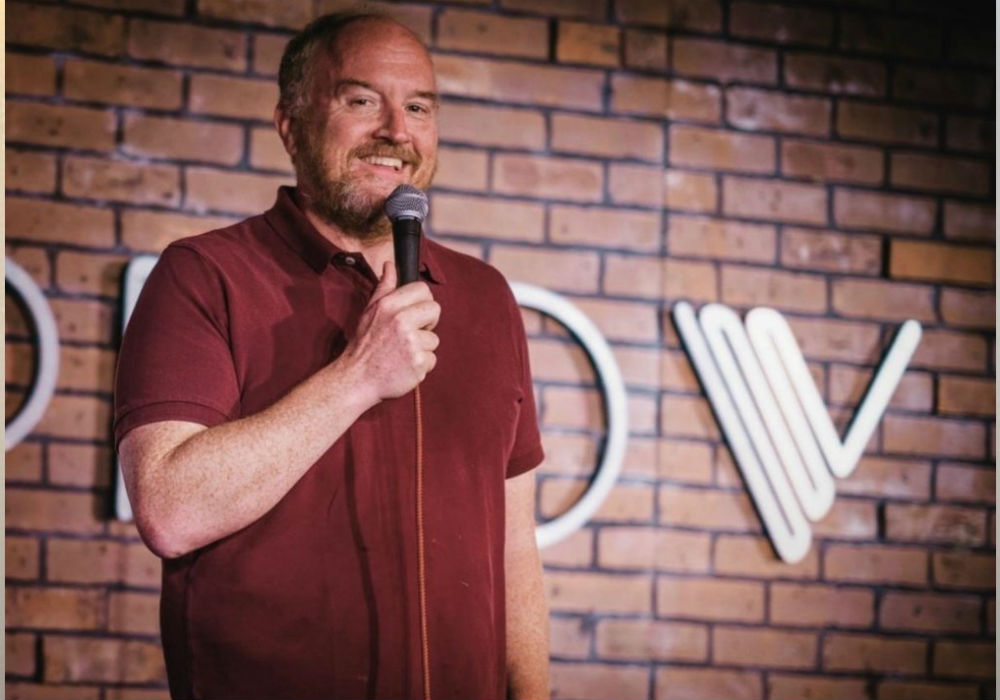 Nearly three years of being ostracized from stand-up comedy for his admission that he masturbated in front of female comedians, Louis C.K. surprised the crowd at the 8th Annual Patrice O’Neal comedy benefit at New York City Center when he took the stage to perform.

According to Page Six, the comedian received “a standing ovation and prolonged screaming from the sold-out crowd.” And, a source at the fundraiser claimed, “you would have thought that God showed up, the response he got.”

The comic explained to the audience that he’s been spending a lot of time in Europe recently because they still book him there.

When Louis C.K. admitted his behavior in 2017, he took accountability for his actions – which were not crimes – and confessed that he did take advantage of his widely-admired place in the comedy community, and that prevented the ladies from sharing their stories. He also admitted that he brought hardship to those women who tried to to talk because the people who looked up to Louis C.K. didn’t want to hear it.

Just recently, comedian Maria Bamford said on the Laugh Last podcast that she was one of those people who heard rumors about Louis C.K., but still worked with him because she liked the money. Bramford appeared in two episodes of Louis C.K.’s critically-acclaimed FX show Louie, and she also opened for him at a big venue on Hollywood Boulevard in the summer of 2017.

“And it was great fun. I love to make money,” said Bramford. “And he is a great performer. And I had heard of those allegations, but I couldn’t find anyone who said this is what happened, so I thought they were rumors. Now, of course, I go, even if there’s rumors, just don’t do it. Or inquire, get in there. I feel ashamed that I didn’t look into it out of, I think, greed.”

For the first time, @mariabamfoo speaks out about working with Louis C.K. despite the “rumors” about his sexual misconduct: “I had heard of those allegations, but I couldn’t find anyone who said this is what happened, so I thought they were rumors.” https://t.co/eckZvTCBgR

Bamford said that she loves that comedy can be “unapologetic,” but the situation surrounding Louis C.K. made her feel sad. She added that his “apology” wasn’t enough, and she wished it was more.

Maria Bamford said that it’s difficult enough to get a job in the entertainment industry. And, for Louis C.K. to treat female comedians – women who are colleagues and who look up to him – so poorly was “depressing” and “heartbreaking” behavior.

Louis C.K. is currently on a comeback tour. He was a surprise addition to the line-up at the Patrice O’Neal benefit which is organized by Bill Burr. Patrice O’Neal died in 2011 from a stroke due to complications for diabetes