Lizzo Teams Up With Ariana Grande For Killer Remix Of Good As Hell – Listen! 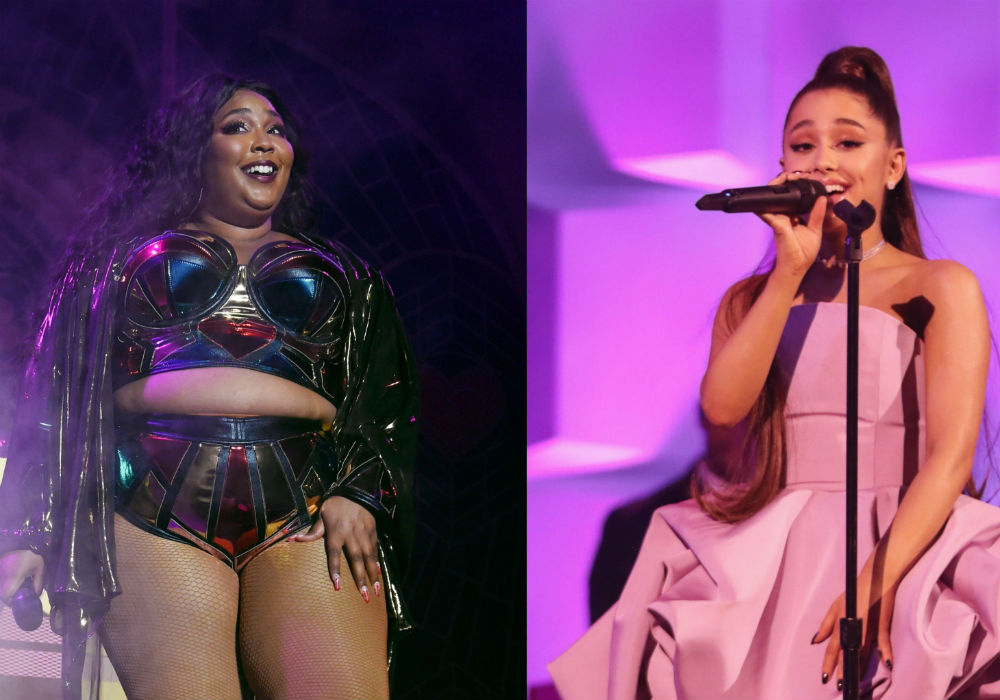 Lizzo’s hit song Good As Hell was already a sweet track, but the remix with Ariana Grande has taken it to another level. Lizzo and Ariana just released their new collaboration online, and their fans are loving it.

“I GOT A BOTTLE OF TEQUILA AND A REMIX FOR YOU | ✨GOOD AS HELL✨ feat. @arianagrande NOW STREAMING B*TCH ☃️,” wrote Lizzo on Instagram, while Ariana wrote on her page, “the most fun 🥂 thank you @lizzobeeating for having me on this remix !! i love you, your energy and this record so so much. ‘good as hell’ remix out now!”

Just hours before the track dropped, Lizzo teased the collaboration on her Instagram Live by holding a Starbucks cup and telling her fans that if they could guess the size of her drink, then they would know what she is talking about.

Grande ended up reposting Lizzo’s video, and added that they had a “sweet little remix” of the song coming, and she thanked Lizzo for thinking of her.

About one minute into the remix, Grande appears for the first time singing, “Thank God/He better know my worth/So much that I deserve/I ain’t worried now/Imma let my hair down.”

To the surprise of many, Grande’s soft voice and Lizzo’s strong voice also produce some amazing harmonies, and fans are loving every second of it. The praise for the collaboration is already making its way through social media, with many calling it the best collab of 2019.

Lizzo has also been in the studio with Justin Timberlake, but the SexyBack singer refused to give any details. He did say, though, that “it is so good” and “it’s flames.” Timberlake explained that he called his publishers and told them that he wanted to collaborate more and work with “young, fresh people.”

CAN YALL GUESS WHO IS ON THE GOOD AS HELL REMIX?!? ITS DROPPING AT MIDNIGHT IM SO EXCITED 🥳🍾🔥🤯

Timberlake said that he has been songwriting and producing for so long that he wanted to experience that energy and work with people who are “truly amazing.” Timberlake and Lizzo met at the Songwriters Hall of Fame, but when he approached her about working together, he jokes that she thought he was lying to her.

2019 has definitely been the year of Lizzo. Even Rihanna is a huge fan, telling Entertainment Tonight that she’s “bada**” and she would love to collaborate with her because she is a confident woman and “everything that Savage stands for.”