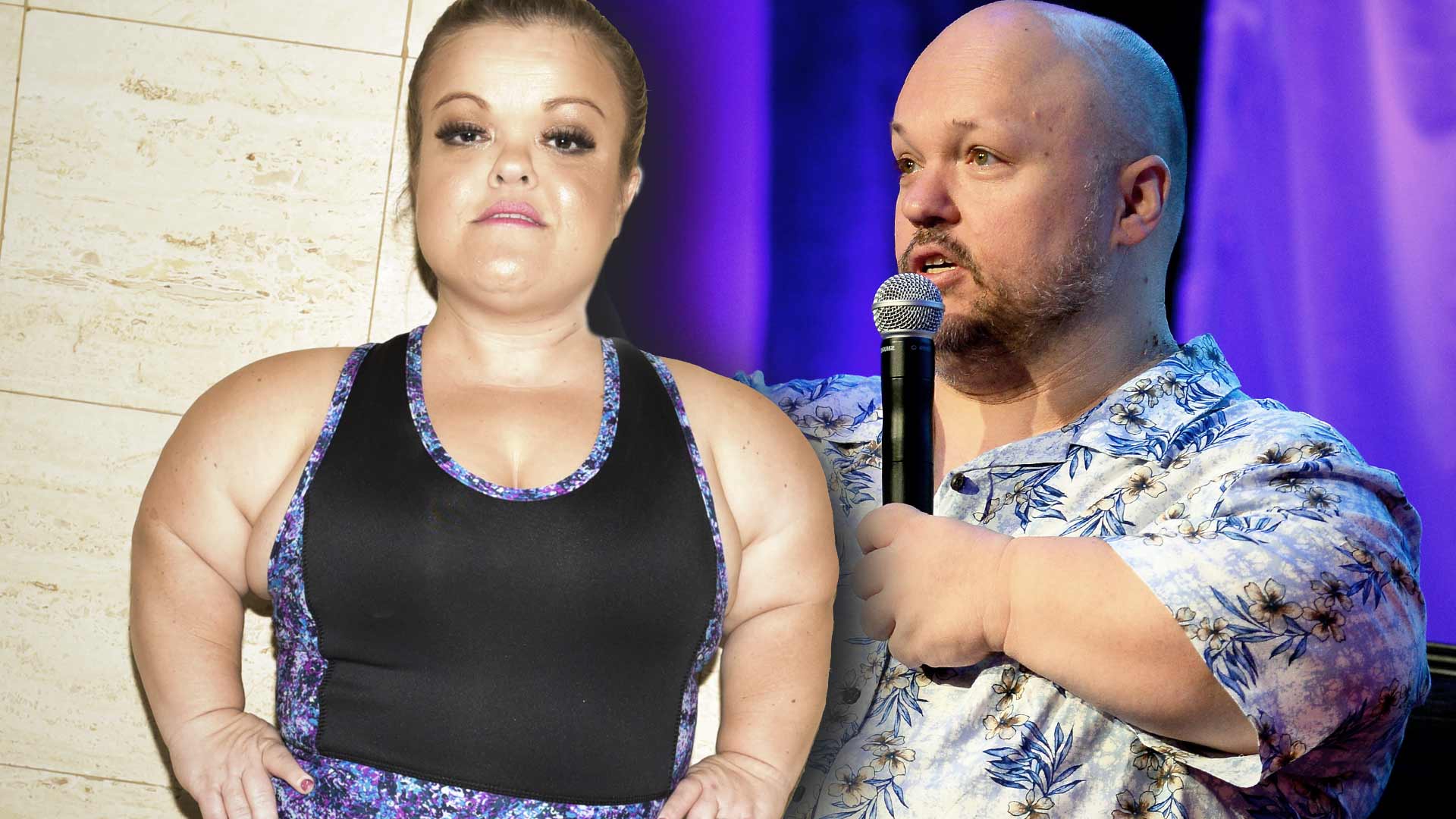 Christy Gibel is not only at war with Terra Jole, she is also asking the court to annul her marriage to estranged husband Todd Gibel. In addition to the request for the dissolution of marriage, Christy alleged that Todd has been abusive.

Todd is calling BS on Christy’s claim and plans to clear his name of all of the allegations. He took to his Instagram page to let Christy and her new boyfriend Gonzo know that ‘the truth will come out.’

Gibel also responded to followers in the comment section where he revealed more about his feud with the Little Women LA star. It seems as though Todd accuses Christy of lying so she can freely be with her beau and that she enlisted the help of her publicist to make him the bad guy.

Todd wrote: ‘I have sat here quietly for a little over 3 months. I never asked for this or deserved it. First I dealt with the b******* restraining order. Now I have to deal with the b******* request for an annulment. If she wanted a divorce so she could go screw Bozo than she should have just done that. There was no need to put me through this and then have her publicist feed bullshit to the tabloids. Its really f’n sick when you break it down. I would have easily tried to work a civil divorce out, but that option wast presented to me. Instead her, Bozo, and her publicist dragged me through the trash. All I’m about to do is shower the stink off of me and if it ends up on them then sorry too bad next time don’t screw with the bull.’

He also laments the loss of his relationship with his stepdaughter Autumn who he has known since she was basically a kid.

Whose side are you on in this nasty battles of the exes? 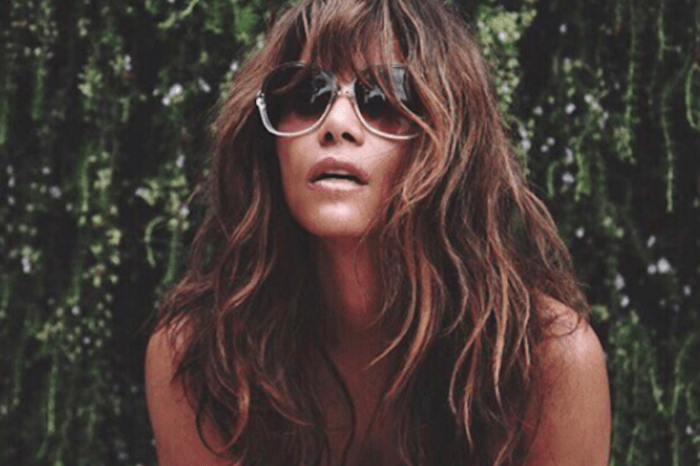 well Todd has wasted his time ….. 6 years married to Christ …. didn’t want go pool for his health …. well his mouth lookalike … didn’t care bout his health ….. ….. but Terra is one started bring his gay friend and getting more trouble to autumnn but Terra’s her husband Joe is one started and talk bout Christy drunk bla bla bla bla bla …. Terra smarta** !!! CHRISTY IS NOT BULL HER HUSBAND !!!!! u dont see whole show in almost 8 years … u people…. gezzzzzzzz hahahhahahhaha

I was totally flabbergasted when she said she had a SEXLESS MARRIAGE, and yet she was going through infertility treatments due to the fact that they could not conceive – so obviously the only way to try to conceive is thru sex. I was shocked Tanya did not see thru that lie. Thru the whole season, Christy just wanted to bash Todd but it was due to an agenda. If she was that unhappy – all she had to do is ask for a divorce. That simple. She did not need to lie or be so dramatic. I hope the truth does come out. I wish Todd the best and I hope he finds a good woman that will love him just the way he is.

Christy could have gave todd more time.they been thu alot.and he love autum

One word for Todd, ALIMONY! Christy would still be with him if she had not lost the weight. I will not watch that crazy show and the constant fighting. I realize the fighting is hyped for ratings but this Christy chick and her poor adult child are way to much. Hashimoto’s does not flipping require mommy to babysit your adult self.

I have always liked Todd and was crushed when I viewed the scene where he was served with a restraining order. What a heartless thing to do to such a calm sweet man when he has all these health issues. I worried about where would go and would he be taken care of. My prayers are with you Todd…. I pray you are doing well and that you win your battle against all the lies that were told about you. Stay strong and God Bless you.

Christy is whacked. Terra calls her out on her lies and she doesnt like it. She pushed Todd to marry her. No sex?? Lie!! Fertility clinic? Rejuvenation procedure? Dont believe that for a minute!! And Autumn has Hashimitos?? So what!! So do I!! Its not a death sentance. You can live a normal life with the right treatment and diet. She acts as if its cancer!! I blame Christy for Autumns hypochondriatic behavior. They need help. Professional help. I cant believe Tonya believes that comes out of Christys mouth. I call BS!! Move on Christy and quit putting Todd through the real hell!😠

Im on todds side. she lied with Terra when she tried suing her and shes doing the same with todd.

I think Todd needs to clear his name. No one has put Christy in her place. Why should she get away with her lies. I hope Todd and Terra sue her for defamation of character. This Gonzo person is just another fool and Christy’s next victim. What a vile woman.

It was extremely transparent watching the last episode that Christy was lying as usual. “Sexless marriage”, COME ON!! & not too mention the hidden video of Todd after the show. It was nothing more than a failed attempt to make him look bad. Right along with the abuse allegations; NOT BUYING IT! She’s priven herself to be a drama queen, & a liar; just as she did about the so-called concussion. She loves too be the victim. & now a new boyfriend? Now it all makes sense. What a slime! I hope he takes her to the cleaners in the divorce.

It doesn’t take a rocket scientist to know that Christy lies. She says she hasn’t ever had sex with Todd, but they both went to a fertility clinic,because they couldn’t conceive . And what about that rejuvenation surgery. Didn’t she say that sex was great.? Cover your tracks better Christy. Lies will get you nowhere.

I really like Todd~Christy is a very selfish,manupulative,controlling person.She needs to stop controlling Todd and Amanda.She’s a drama queen….she lost her tiaria.I was wondering why Todd wasn’t being shown much on the show.Let’s hear Todd’s side.But you won’t hear that…Do you ever notice she tells some of the girls her problems with Todd.Boo Hoo~

Christy is nothing but an abusive manipulator who will criticize everyone around her, but will never own up to her actions. Her true colors have been exposed with her lies and adulterous affair with a man who cares only about his own possible fame.

I can’t stand Christy, she’s not a good person. I’m glad she’s leaving the show. All she does is lie to everybody.

Christy is claiming that she and Todd never consummated their marriage yet I remember her saying how great sex was after she had her rejuvenation surgery. So who do you believe?

Christy has every right to be happy, and if it’s not working for her keep it moving. Todd’s not a bad guy but I think their time is up. As for Terra, she is one royal pain in the a.., she wants to be everyone’s mother. Handle your business Terra and leave everyone else the hell alone. Fans are starting to dislike you, Check yourself.

I’m on Todd’s side this time. Christy is fake! She isnt a good friend and she has proven time and again that she is a liar. I use to be on Christy’s side, but no more. She committed adultry before the divorce, and is using her excuses for her divorce to date a younger man. Have a good life, Christy. Girl, bye !!!

Christy isn’t exactly known for being a paragon of honesty. Watching the show you learn pretty fast she seems to have trouble with anything resembling truth. Christy has always, ALWAYS been an instigator until the pot boils hot then turns herself into the victim. Christy pushed Todd hard to marry her, he even resisted a while,through all the selfish things she’s done and said to him or her girl friends he’s never ONCE lost it or raised his voice at her. He’s pretty level headed and probably the most calm out of that whole cast, you can tell he’s a good guy…just like you can tell Christy is pure trouble…Always has been.

I think Todd should let it go. He prefers to sit at the computer and eat his life away. Christy wants more out of life. I think basically Todd is a decent fella. He got the weight loss surgery only because Christy pushed him. He was content to be a young man who was too heavy to walk. Let her go Todd. You can find someone more suited to the lifestyle you like.

Have you seen him lately?? He’s lost 130 lbs and looks amazing! And he’s not exactly young I think I read that he’s 50. The way Christy and her new bf have treated him on social media how can you blame him for standing up for himself?

He’s not trying to hold on to her. He is trying to clear his name . He doesn’t want her back , and there was no reason for her to lie about him abusing her or a sexless marriage . She was the real bully on and off camera.