Lisa Vanderpump: Ferrari Crashes Into Her Restaurant Causing Damages And Injuring One - Details And Pic!

Earlier today, one car crashed right through the window of one of Lisa Vanderpump’s restaurants, scaring all the customers who were having their meals there at the time. The establishment that was damaged is West Hollywood’s Pump and the vehicle that slammed into it was apparently a Ferrari.

According to reports, Lisa’s husband, Ken Todd, was at the scene when the crash took place and so, he saw everything unfold.

The man later chatted with HollywoodLife, telling the news outlet about the accident.

‘A Ferrari slammed through Pump at the intersection of Santa Monica Boulevard and Robertson in West Hollywood just after 2:00 p.m. Sunday. A female patron was slightly injured and taken to the hospital with cuts and we are very lucky that everyone else was uninjured and safe while dining during Sunday brunch,’ Ken shared with the news outlet.

Thankfully, no one was seriously injured but people were still really scared to see the driver losing control of the car and barreling through the glass wall of the restaurant causing panic and chaos. 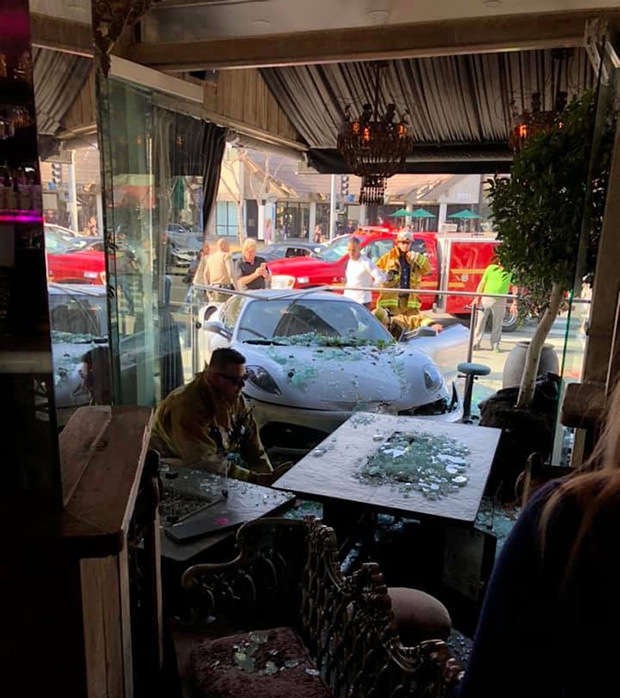 At this point in time, it is still unknown what caused the accident but it was reported that the driver was cooperating with the police.

As fans of the Vanderpump Rules star know, Pump, which she dubbed as her ‘sexiest restaurant,’ was opened in 2014 and the big day was documented on the show a lot.

On its official website, it reads: ‘As you enter through the majestic gates, topped with burning flames, you immediately feel transported to a magical garden, perhaps in Tuscany or in Provence. We've created a space which feels as if you have discovered it alone, as you wonder how on earth you have not been here before.’

Lisa Vanderpump Opens Up About Her Experience Battling Depression