Lisa Bonet Opens Up About Why Relationship With 12 Years Younger Husband Jason Momoa Totally Works – ‘He Is An Alpha Male!’

The couple is doing great despite their significant age difference! 50-year-old Lisa Bonet revealed why her romance with husband Jason Momoa, 38, thrives and apparently it has a lot to do with the fact that he is not afraid of love.

When describing the very first time she met her husband, Lisa said: ‘I cannot say it was really full-on from the very moment we saw each other, but we’ve been together from the day that we met.’

The pair first met at a Los Angeles jazz club and afterward, while she was giving Jason a ride home, they stopped for Guinness and Grits.

KINDRED SPIRIT: In this season’s best boho looks, Lisa Bonet talks about her inspiring personal journey and the importance of family in #PORTEREdit. Photographed by @yemchuk and styled by @ttstyle

‘In that moment, love came, and it came big, and he didn’t run as I think many men do. He pretty much picked me up and threw me over his shoulder, caveman style!’

‘What is cool about Jason is that he is an alpha male who stands for love and family. And to circle back to my own wounds, having an absent father, then to be met by a man of that stature, is really incredible. Jason embodies a rare form of masculinity in this day and age – he is a leader; he is generous. Just in terms of charisma, physique, the right use of power, responsibility, work ethic, you can go down the line.’

Aww…it’s so sweet how in love they are!

Aside from gushing about her partner, Lisa, who played Denise Huxtable of The Cosby Show also opened up about Bill Cosby and his sexual assault scandal.

‘There was no knowledge on my part about his actions, but… There was just energy. And that type of sinister, shadow energy can’t be concealed. … And if I had anything more to reveal, then it would’ve happened a long time ago. That is my nature. The truth will set you free.’ 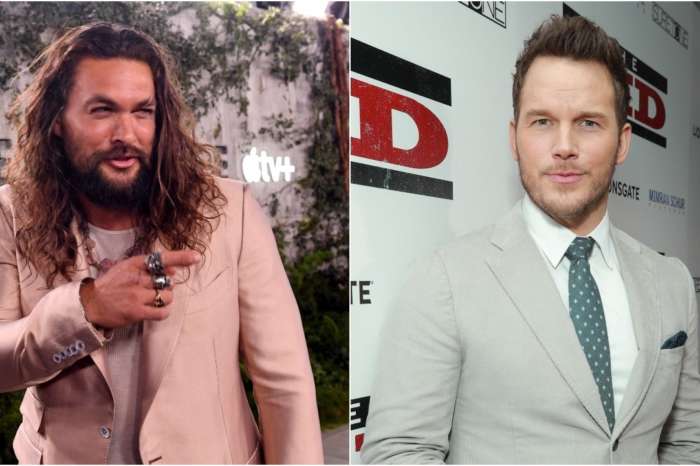 Meghan Markle Spent Her Own Money On Her Wedding Dress, Reportedly Worth Almost Half A Million Dollars!

I am so in awe of their love and devotion for each other. She has and will always be my all-time favorite Cosby kid. And not to mention, my idol for just being herself and owning her sense of style. #j&lfan4life.