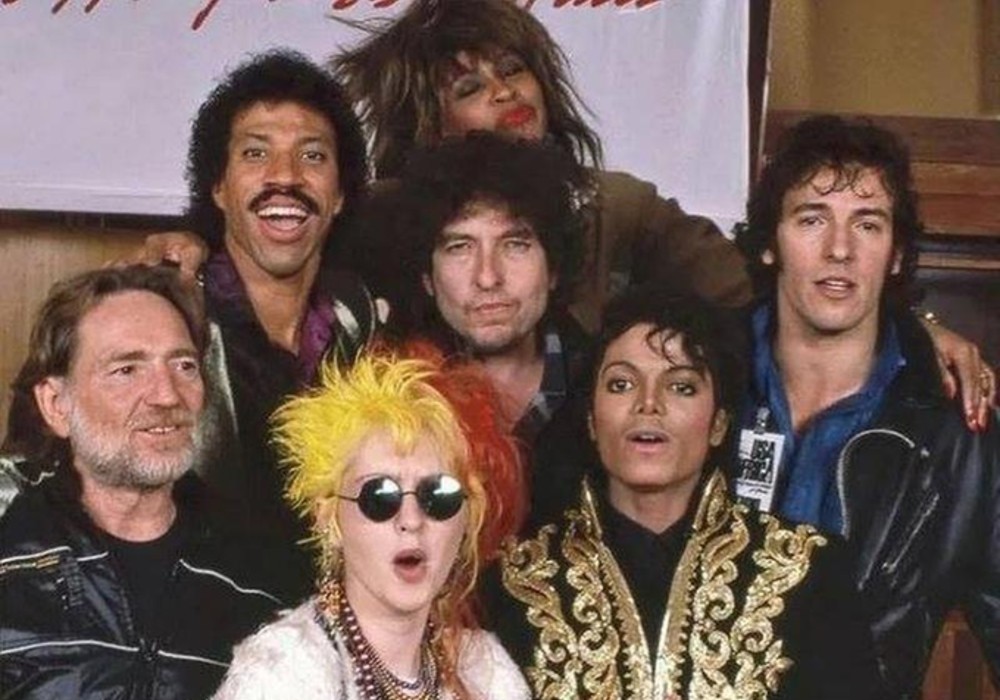 Thirty-five years ago this month, Lionel Richie gathered more than 40 A-list recording artists – including Michael Jackson, Bob Dylan, Cyndi Lauper, Kenny Rogers, Tina Turner, Willie Nelson, Diana Ross, and Bruce Springsteen – to record the song We Are The World. The anthem was a fundraiser for African famine relief, and they raised more than $63 million for their efforts.

Now, Richie is ready to do it again, but this time it would be for the global victims of COVID-19. Between the current pandemic and the 35th anniversary of the recording, Richie has been thinking a lot about the song. The American Idol judge says that he wrote the chorus – “There’s a choice we’re making, we’re saving our own lives” – with Jackson.

Today I lost one of my closest friends 💔 So much laughter so many adventures to remember, my heart is broken. My prayers go out to Kenny’s Family.🙏

“That line came about as Michael and I were sitting there talking,” the 70-year-old told People magazine. “We said, you can either say, ‘I’m saving my life’ or ‘We’re saving our lives.’ ’We Are the World’ is a statement we wanted to make. What do we do to save our own?”

Last week, ABC suspended production on American Idol due to the coronavirus pandemic, and Richie says that he has sheltered in place with his family. He says that they all are “all hunkered down,” and he believes that family is the key to this situation.

“It is the soother,” explained Richie.

The Grammy winner says that in the middle of the pandemic he has had a lot in his mind, including the recent death of his good friend and mentor, Kenny Rogers. Richie admits that every once in a while, God must do something to “get us back on track.”

Richie said that the COVID-19 outbreak has happened during a divisive time in America, as we had gotten back to using the phrase “those people.” Richie says that if you find yourself saying “those people,” then you are not thinking properly.

“What happened in China, in Europe, it came here. So if we don’t save our brothers there, it’s going to come home. It’s all of us. All of us are in this together,” explained Richie.

The singer understands that now is not the right time to assemble a group of artists to record We Are The World because of the shelter-in-place orders and self-isolation. However, ever since the pandemic started getting worse he has been thinking about writing a different song to help.

“But every time I try and write another message, I write those same words,” says Lionel Richie.

He added that two weeks ago they didn’t want to do much with the song because it wasn’t the right time to sell an anniversary. However, Richie says that the “message is so clear.”

New episodes of American Idol are currently airing Sunday nights on ABC. However, the live episodes – which were scheduled to begin in April – have been put on hold.