Lindsay Lohan is getting plenty of attention after uploading a photo of her sister Aliana Lohan from her short romance with Cody Simpson to her official Instagram account. Lindsay has eight million followers and many saw the post and Lohan's comments before she deleted it. Lilo made a few remarks that threw shade at Cody Simpson for his new relationship with Miley Cyrus. Cody and Miley are growing closer each day and recent reports suggest the two are now living together when the Australian singer is in Los Angeles.

Lindsay Lohan has been busy judging Australia's The Masked Singer which Cody Simpson just won. He was dressed as the robot and his prior ties to dating Aliana Lohan seems to have made this all a bit surreal for Lindsay.

The Mean Girls actress shared the Instagram post that quickly went viral, was downloaded and saved, and has shown up in news reports throughout the day.

Lindsay Lohan included the following caption: When you realise [sic] you failed. And you settle for less @codysimpson family is everything. You won The Masked Singer but you lost on your future. 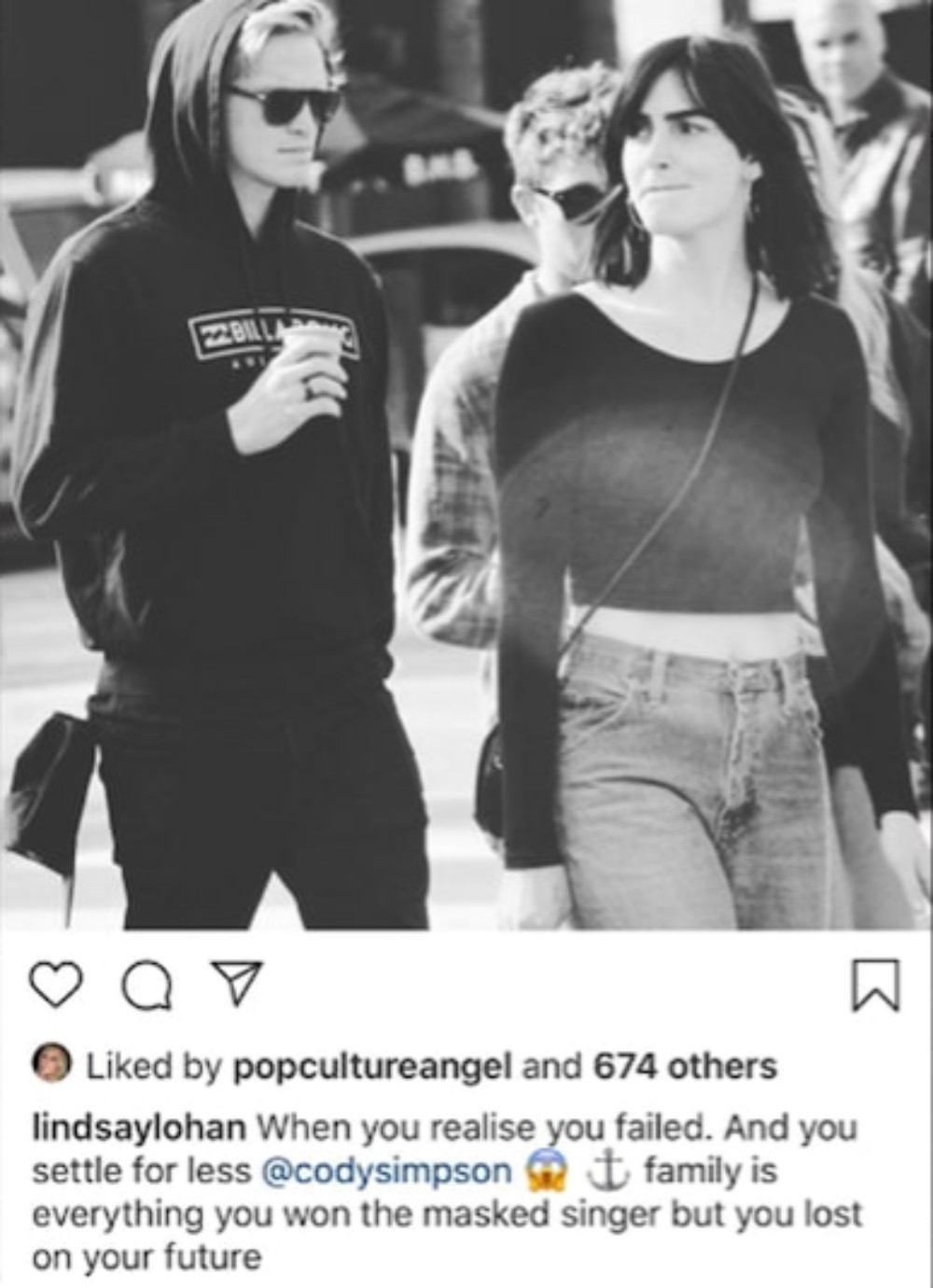 Cody Simpson's and Miley Cyrus' fans were a bit taken aback by Lindsay's harsh words. Many people think that Cody and Miley are a cute couple and their photos and Instagram videos together have been getting a lot of praise. It's possible; however, that Lindsay was responding to the recent controversy surrounding remarks Miley Cyrus made that some took as her implying that people choose to be gay.

Lindsay seems to have some issues with Miley as she also left a public comment to Liam Hemsworth following his and Miley's split that some felt was flirtatious in nature.

Does Lindsay think that these men are too good for Miley?

It's not clear what happened between Lindsay and Miley because in the past, the two seemed to be friends and got along rather well. They have even left each other nice comments on each other's posts. Those days seem few and far between as the Lindsay doesn't seem to have many friendly words for Miley. What do you think of Lindsay's Instagram post?

Lindsay Lohan posted a photo from the Turkish resort

Joe Giudice Issues His First Public Statement Since His ICE Release - Here's What He Had To Say!