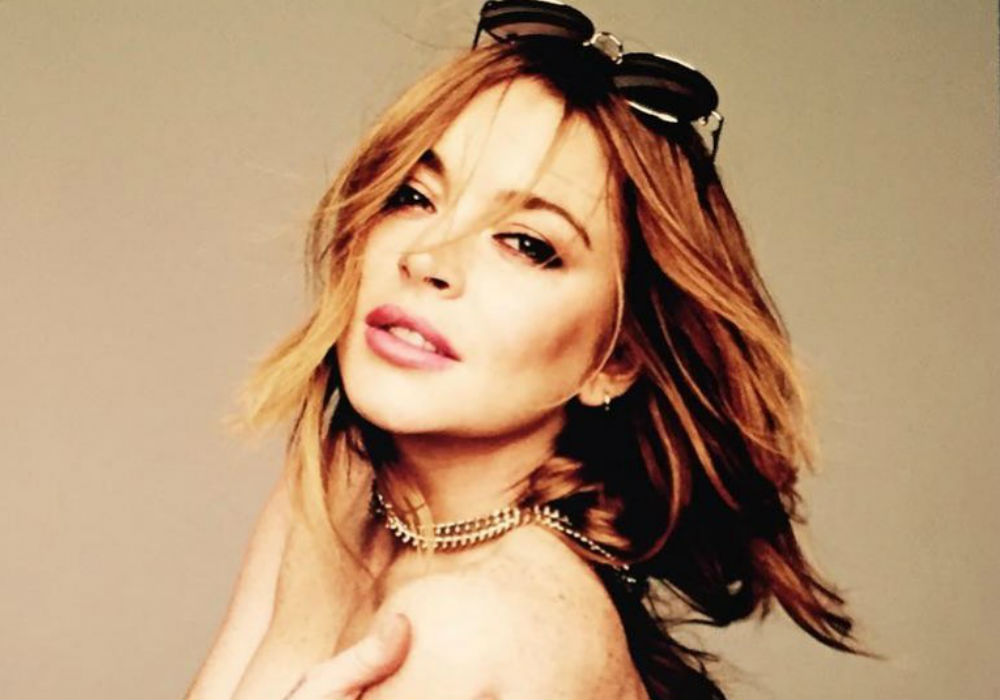 After living abroad for five years, Lindsay Lohan has revealed that she is returning to the United States to take back the life that she’s worked so hard for. Lohan told Andy Cohen and Anderson Cooper during CNN’s New Year’s Eve broadcast from Times Square that she is ready to get back to America and “start filming again.”

Lohan hasn’t starred in a movie since 2013’s The Canyon, but she has appeared on TV with a recurring role on the British sitcom Sick Note, her short-lived MTV reality show Lindsay Lohan’s Beach Club, and as a judge on Australia’s version of The Masked Singer.

For the past five years, the 33-year-old has lived in London, Greece, and Dubai in an effort to get away from the intense media scrutiny she faced after multiple arrests relating to her problems with substance abuse.

In the late 90s and early 2000s, Lohan was one of the biggest child stars in the world after starring in the Disney remakes The Parent Trap and Freaky Friday. At the height of her fame, she starred in the classic teen comedy Mean Girls in 2004.

Her last major role came in 2006 opposite Meryl Streep in Prairie Home Companion, and after that film she started getting in trouble with the law. In May 2007, Lohan was charged with a DUI and possession of cocaine after a car crash in Beverly Hills left her in the hospital.

Just two months later, she was arrested again in Santa Monica, California for driving under the influence, cocaine possession, and driving with a suspended license. Over the next few years, Lohan was arrested numerous times and underwent court-ordered rehab and a few short stints in jail.

According to The Daily Mail, Lohan finally completed all of her probation requirements in May 2015. Now, it looks like she is ready to make her Hollywood comeback. When Cooper and Cohen asked Lohan about her resolutions for 2020, she said her focus was herself and her career.

“I want to really focus on me and everything that I can do in my life and come back to America and start filming again, which I’m doing something soon in this new year,” Lohan explained. “And, you know, just taking back the life I’ve worked so hard for and sharing it with my family and you guys.”

Lindsay Lohan did make a small attempt to revive her movie career in recent years. In 2015, she worked on the Belgian film The Shadow Within, and she shared a poster from the werewolf movie on Instagram.

The movie was eventually re-titled Among the Shadows. But, when it was released in March 2019, no one noticed. Lohan also claims to have a new single titled Xanax, which she says will be released in 2020.

Selena Gomez Posts Recap Of Her Year - Reveals What She Was Doing On The Day Justin Bieber And Hailey Baldwin Tied The Knot!