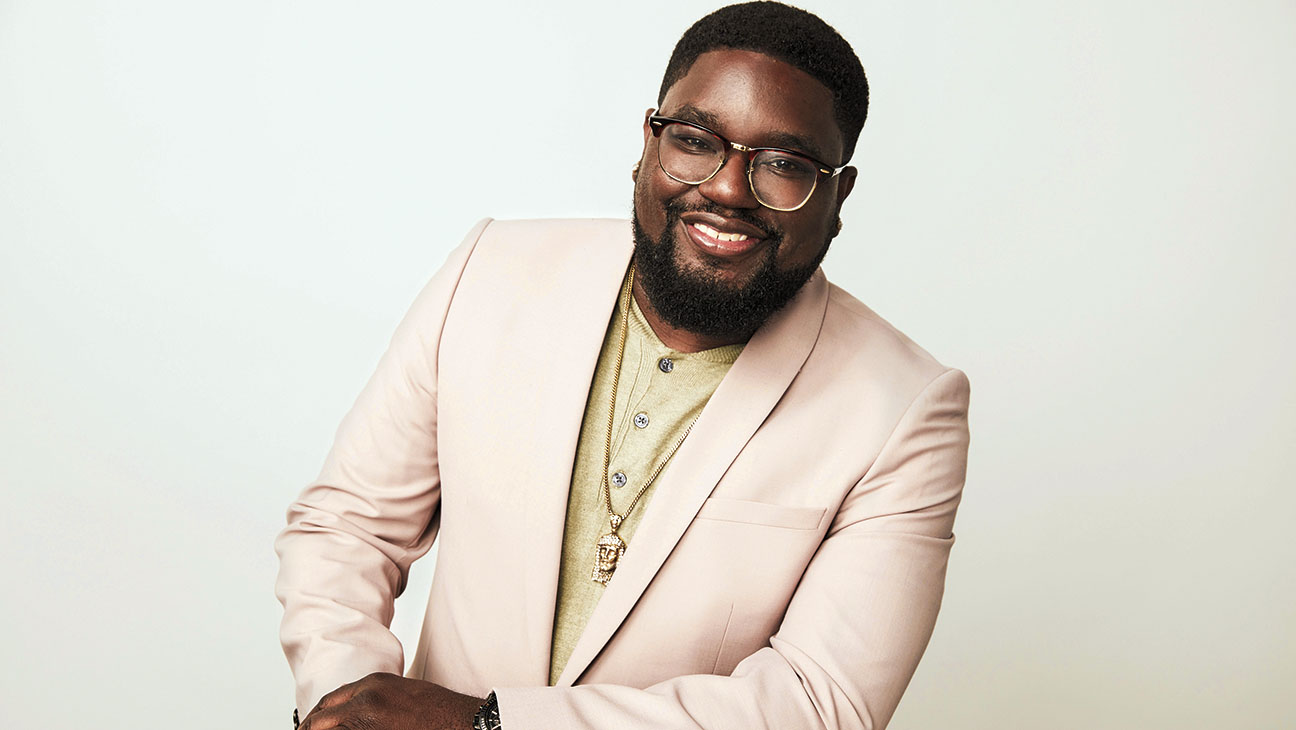 Tyler Perry recently caught flack for not having a writers’ room for any of his productions. Lil Rel Howery is commenting on why that is problematic.

The genius behind the Madea character and much more took to Twitter to post a video where he displayed all his finished scripts for his multiple series. He revealed that he has no writers’ room and people commented that the quality of his work could be a lot better if he did.

Perry later explained that long ago, he did employ writers but the quality was not up to par.

Rel was a guest on the New Hollywood Podcast by Deadline where he discussed giving back to those who helped you get to the top. There is an acknowledgment that Tyler helps struggling actors and people get jobs but the Rel star also spoke about what he thinks Perry should do.

I want to say a special thanks to my audience! You are the Tyler Perry Army and you keep marching all my shows and movies to #1. After all these years you’re still riding with me! On behalf of all of these people whose dreams are coming true, we thank you!

‘I love Tyler Perry and I’m proud of him, but I told myself I’m a say something because I don’t agree with that. I don’t understand. You can’t write a show called Sistas and you’re not a sista. So you don’t want no suggestions or nothing? I know we talk a good game about ‘This is what I’m doing, I’m doing this, I’m doing that.’ Once again, I’m talking, but I’m putting my money where my mouth is. I don’t have what he got yet, but as I climb up here, I’m a do even more of that. We gotta do better man. It’s all talk, but if you’re really on that, then give people jobs, bro. You can’t base nothing on one writers’ room, brother. That means you didn’t hire good writers. Find more writers! That’s just real.’

What do you think about the comedian’s comments? Do you think Tyler will ever change his mind again? 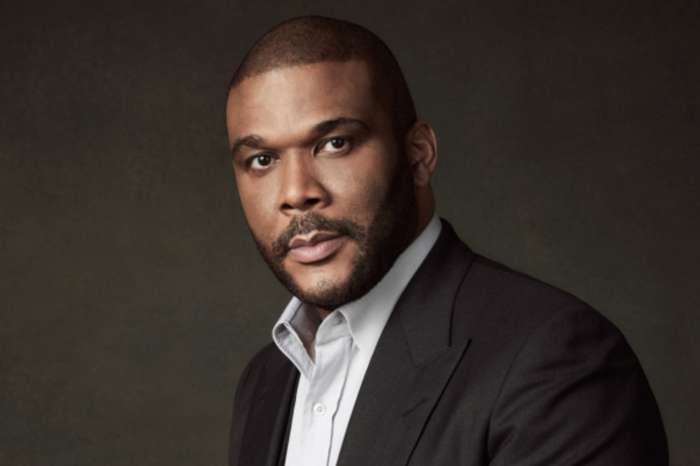 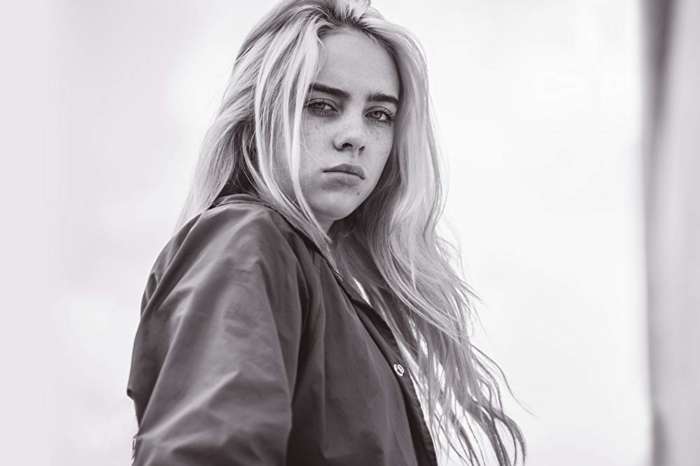 This is nothing but pure jealousy. When did you come to this conclusion. Oh, let me guess after a white news person wrote it. Did you ask the woman or women what they feel about working with tyler how they feel. So fed up with blacks attacking other blacks. Why on the attack now. White people always attack successful black people. Whats yor problem. Do you think a successful black person would hire you. Even whites will keep you low key because you can’t be trusted. You are 3 paychecks away from disaster. Don’t do this to yourself or your family. I like to see you. Just do your job

Listen I’m retired I love to sit back and enjoy some tp movies or plays if he doesn’t have a writers room and wants to write for his self leave the man alone, we the fans will wait on him to get new material to pick up where he left off leave him one be happy for him ok

If I was “Lil Rel”(?) and all the other swarm of Tyler Perry critics, what I would do is create my own show concept, hire a writers room full of the people I want to see represented and/or employed, put together the crew and financing to bring the concept to fruition and market the he out of it. SHOW, DON’T TELL is the number one rule of filmmaking. So all these Monday morning quarterbacks with all these untested ideas of how Tyler Perry should run his business, the one with the tested model of delivering results and bringing audiences back time after time no matter what the critics and pundits say … Should have a seat in their own writers room and compete with him IF THEY CAN.

Damn, we’re never satisfied. Is it not enough that he is hiring more Black & Brown people than any other studio? The Crabs in the Bucket are always going to do their bit to keep us where we are. Not promoting each other, not buying from each other. We give Billions away to other companies that we ourselves are doing the same thing. Getting them richer and our pockets empty. But you all are “Woke!” Like Hell!!! Mr. Perry? I get why you put your Name before everyone of your projects, please continue to do so. That way everyone will know who made it and paid it! All by your own BOOT STRAPS!!!! GO TYLER!!!

when I first read what lil rel said I wanted to attack but God oh bit God
I pray for that God remove all discord
God brought Tylor Perry to where he is today and if God tells him that he needs writers best believe he will hire writers see you have to know the attacks of the devil it may seem ok what Rel is saying but Spiritual it isn’t Psalms 9:9 the Lord is my refuge, Psalms 34:10 Thoes who seek the Lord and Isaiah 26:3-4 Those of steadfast mind so Tylor keep writing until God tells you different don’t waste time listening to what other think for the minds of of the world bit God who makes all things who giveth an taketh is the only one you should be listening to.
shake off all the negating keep doing you and perfecting the gift that God laid upon you.
Trust no man Proverbs 3:5-6 , 2 Tomothy 3:13-17 and Isiah 2:22

This is shameful and sad to say common in the black community. Tyler has been doing very well without writers and or a writers room. This man is a pond to take down yet another black legend, it’s sickening. Tyler has plenty of black nieces and aunties, why can’t he get that writers motivation for them? The man grew up around nothing but black women.

Stop the hating 😡 people would do anything for a spot in the light.

In most cases a man has no idea how a Woman feels let alone what she’s going through. But in reality a man can write what he thinks a woman should feel or act. I see that Mr Perry may have studied women and that made it possible for him to write about us women. It is quit obvious look at how we act in front of camera let alone in public. So keep on writing Mr Perry maybe us women need to see how we are in a man’s perspective way of thinking.

Keep doing what you do Mr. Perry. My pastor once said you can’t be everybody’s cup of tea. I have found that to be so true. You have been blessed and please continue to bless others. Don’t apologize for your success and no explanation needed unless you desire to give one.

I think people like Lil Rel are looking for special recognition. You could be right but, in my opinion I would like you to take an English class first. Bro’ you must also remember, “if it ain’t broke, don’t fix it!”
I am a black female and I say, ” Mr. Perry, this is the enemy and you know what to do with them (feed them out of a long handle spoon). Don’t try the one that says, “keep your friends close but your enemies closer.” This is one person you do not need on your team. Plus, where did he get his info?
Mr. Perry, keep up the good work!

Lil rel talking about Tyler Perry but his show got cancelled and any shows that Tyler Perry has that were cancelled wasn’t by the network it was by him to work on new shows. And last time I checked you don’t have to be a Black female or female period to write a show about females and anyone can be a sista it’s not just a name given to Black Women. Lil rel need to take a seat and find something to do with his life because Tyler Perry making money and creating shows that’s still airing on tv

Lil Rel WOW Lol why don’t you ask some of those white writers about an Writing room. Cause they’re white Tyler Perry is Black & I’em definitely sure he knows more about sisters & brothers then the whites. Or Mr Rel are you scare too ask them.!! Lol My people loves to put their own down when envy & jealousy settle in.!! All these years & decades Blacks have enjoy every movies, comedy that whites have written never an protest never an disagreement just watched & enjoy.!! So do the same with Tyler Perry God Have Blessed This Talented Gifted Black Man with Awesome Magnificent Talent in every character, every actors that he have written & given scripts to.!!! Tyler Perry I’m an Black Native Cherokee & part White which all Blacks are & Whites if they will all take & accept the DNA results.!! Lol Tyler when certain Blacks get unprofessional it’s definitely because of envy & jealousy.!! Tell them to start writing like you but thru their own production company & studio. If they not happy with what you doing start their own company & because their own Writer. Concerning their People.!! Lol Love you Tyler Perry Keep doing Your Thang Thru & With God.!! This is Your Blessings & Calling Thru & With God Don’t let these Devil’s get to you.!! Love every Drama, Comedies, Series & Plays that you have ever written. Especially when you first came to Memphis definitely been an Fan ever since & definitely will continue to pray for more Blessing from God to You & Yours Family, Staff & Their Families & Company. What Blessings God Give is for that individual God Child No One can Take It Away it’s Given Thru & With God Only God.!! Lil Rel get your own & we will see what you can do better in writing.!! Tyler doing Awesome & Magnificent Thru & With God.!! Amen Amen

I would ask the same question as Rel. How can a man write shows about females without having 1 female writer. Since Tyler feels he is doing well without writers it’s his call. Tyler said he had writers but they performed poorly🤔🤔 which is hard for me to believe they ALL were bad. He should hire some more. I wasn’t sure why I started not enjoying his work as much. Now I know why. Tyler is a micromanager. That may be working for now, but it will get old. Tyler seems to not take criticism well. Whenever people reject criticism they will eventually fail.

I think Rel if you really love
Tyler have you thought about taking your “beef ” to Tyler in person. Maybe you & he could meet and collaborate on something. Stop airing “blackfolks” differences in the press.
Tyler Perry has done a tremendous amount for Black people !!! Your barely getting “crumbs” from other people & their studios . Let’s work together !