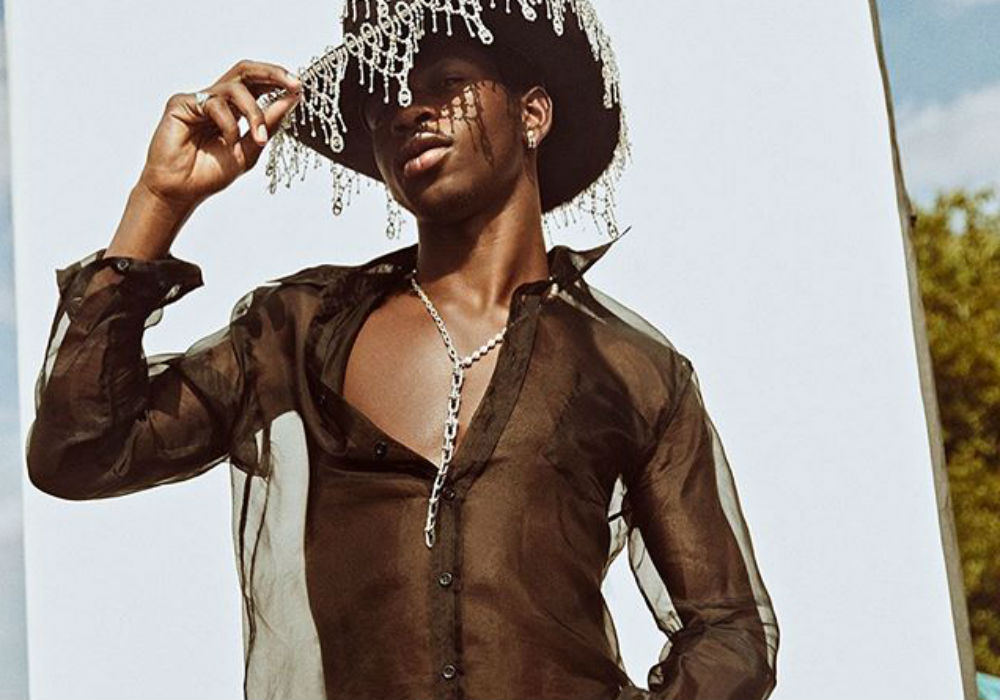 Lil Nas X made headlines back in June when he came out as gay while his song Old Town Road was number one on the charts. And now, the rapper is opening up about how difficult it was to come out to his dad, and what he has planned for the future after recording the longest-running Hot 100 hit of all time.

At the end of Pride Month on June 29th, Lil Nas X – whose real name is Montero Lamar Hill – came out to the public by posting his song C7osure with new animation. Then the next day, he posted artwork from his EP 7 that featured a building covered in rainbow colors.

In a new interview with Billboard magazine, he says that that telling the world he was gay was like ripping off a Band-Aid, but telling his dad was “nerve-wracking.”

“It’s something I never probably would have did if I was still living with my parents. I have that independence to do it, you know?’ said the 20-year-old.

He also talked about his anxiety and insecurity over releasing Old Town Road, explaining that he was always asking himself if he was promoting the song hard enough and wondering if his music career would ever take off.

“I was sick because of smoking, not sleeping because I’m always promoting my music. I was stressing so much more during that period because it was my first song to move at this height, this speed. One wrong step and it can all slip up,” said Lil Nas X.

The rapper signed with Columbia Records back in March after CEO Ron Perry DM’d him on Instagram, and after getting the Nine Inch Nails sample in his beat cleared and remixing Old Town Road with a contribution from Billy Ray Cyrus, the hip hop/country track shot to number one on the Billboard Hot 100 chart and stayed there for 19 weeks.

However, the rapper refused to perform the song at the VMA’s back in August because he wanted to move on. Instead, he performed his second single Panini. He says that he isn’t worried about his career post-Old Town Road because as an artist he will continue to make other moments.

“There was a very real strategy here in terms of making sure that we had more music in the marketplace to showcase Nas as the artist we knew he was before everyone moved on,” says Adam Leber, who co-manages Lil Nas X.

It’s not easy following up such a big hit, but Lil Nas X is pulling himself through it. With a new video for Panini and a remix with DaBaby, Columbia Records is hoping Lil Nas X will continue to be one of their biggest artists. At the same time, his goal is to keep “making good content.”

Lil Nas X will appear on The Ellen DeGeneres Show for an interview and performance on September 23rd.

Lil Nas X Says The Lockdown Has Been ‘The Best Thing’ For His Creative Process – Here’s Why!