Lil Kim Calls Her Fans ‘Beehive’ And Beyoncé’s ‘Beyhive’ Is Mad About It!

As she was accepting her trophy at BET’S Hip Hop Awards, Lil’ Kim proceeded to thank her fans. Nothing out of the ordinary, right?

Well, the star called her fan base Beehive, which is [almost] what Beyonce’s fans are called so you can imagine how the passionate stans reacted when they heard this!

A lot of Beyonce fans proceeded to slam the female rapper, calling Lil’ Kim a copycat and much more!

In reality, however, as you may know, there is a very important spelling difference between the names of the two fandoms.

While Lil’ Kim called her supporters the ‘BeeHive,’ Beyonce’s fandom is a play on her name so it’s spelled the ‘BeyHive!’

Regardless, the latter still did not care since they think it’s way too close, especially the pronunciation!

In other words, they were furious about that despite the fact that Lil’ Kim’s fans call her ‘Queen Bee.‘

Actually, even the rapper’s supporters were pretty upset they were called that.

‘I’m sorry but did Lil Kim say thank you #BeeHive ??? Girrrll, just cus we call you Queen B does not mean you can call ya fans the beehive. That territory has already been claimed sis #HipHopAwards,’ one such fan wrote.

At the same time, however, a second fan argued that ‘She [Lil’ Kim] literally has been calling us that since the 00’s.’

ALL HAIL THE QUEEN BEE @LILKIM! The #HipHopAwards honors Kim, the blueprint, with the I AM HIP HOP AWARD 🖤👑🐝 pic.twitter.com/t2diknK5eu

Sure enough, they are right! Lil’ Kim called herself the ‘Queen Bee’ for the first time back in 1996, in the lyrics of her song Crush on You.

Furthermore, she also released a track titled Tha Beehive in 2003, in which she raps: ‘Rappers better run and hide ’cause here comes the Beehive.’

That being said, Beyonce trademarked Beyhive in 2011. 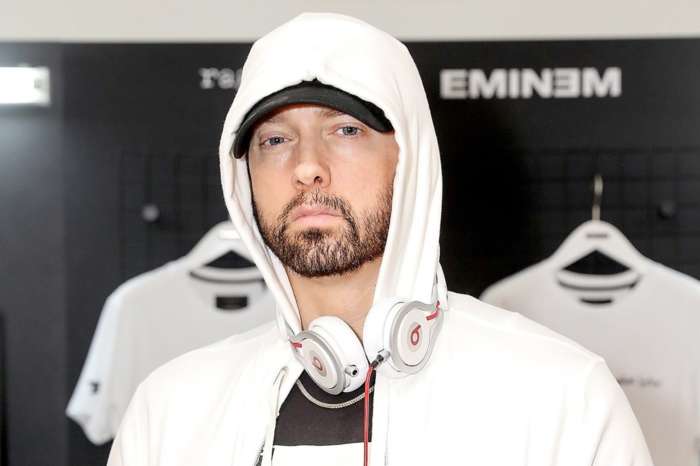 Eminem’s Music Is Entangled In A Huge Lawsuit Against Spotify