It turns out that even though Lecy Goranson doesn’t exactly agree with Roseanne Barr’s criticism of The Conners, she still feels a lot of sympathy towards the fired actress. As fans may know, Roseanne took to social media yesterday to talk about the spin-off’s premiere. That being said, Lecy told ET her own opinion about Barr’s statement.

The first episode revealed how her character was killed off – through an accidental opioid overdose – and as you can imagine, Roseanne just had to complain about it.

She argued that the decision to have the fictional matriarch pass away of an overdose ‘lent an unnecessary morbid and grim dimension to an otherwise happy family show.’

From her point of view, the show has always attempted to portray ‘realistic scenarios and realistic relationships.’

She went on to reveal that ‘I understand why the finality of that would give her a sizable amount of pain and for that, I have a lot of empathy for her.’

‘I hope to be in contact with Roseanne at some point, but right now I feel like the emotions are still high, I know all of us are in pain. I also have mixed feelings about it. I feel, in part, that maybe she has not taken accountability for what happened,’ Goranson added. 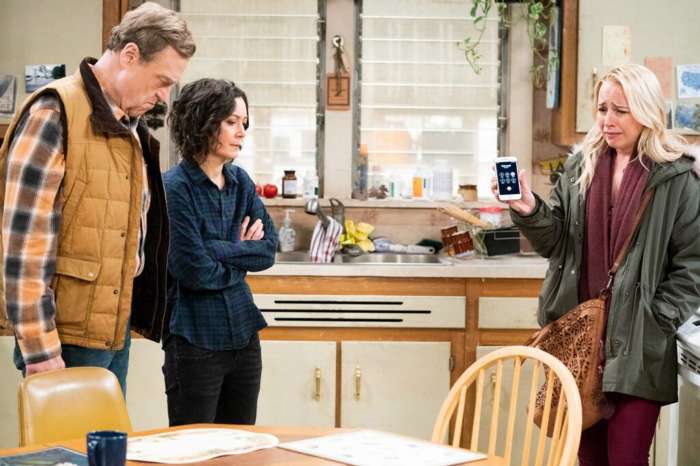 Sara Gilbert Talks Leaving ‘The Talk’ And Staying On ‘The Conners’