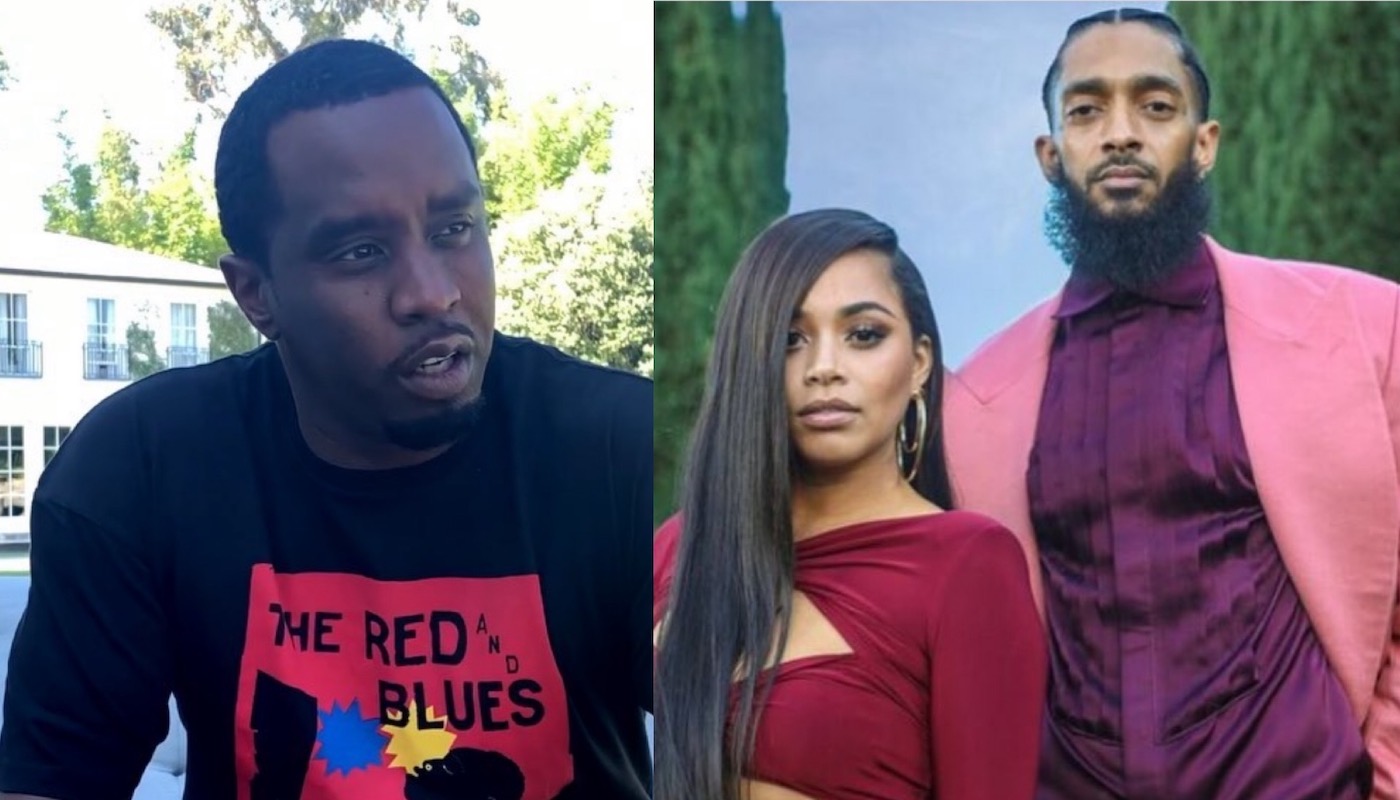 Amid rumors that Lauren London and Diddy are dating, the woman made sure to deny it, making it very clear that her heart still belongs to the late Nipsey Hussle. Lauren took to social media to share a tribute to the rapper who lost his life in a drive-by shooting.

This was also meant to shut down the rumor that she’s moved on after his death with none other than Diddy!

However, it sounds like she is not in a relationship with anyone at this time.

The Games People Play actress shared a pic of the late rapper dressed in all Puma gear and captioned it with: ‘Still His! King Ermias! Never Forget!’

And that was not all! She returned to Instagram later on to write a longer message in which she slammed people speculating about her dating life and disrespecting her and Nipsey while she’s still grieving his loss.

‘Stop f**kin playing with me and with my name. Now let me get back to healing,’ she wrote in the caption.

The letter reads: ‘The ‘I’m all love and peace but I never forget…. I am a woman in grief and I do not play about Nip, my family, character and code. ‘Bout to drink a green juice and start the day though 🏁🏁🏁🏁🏁.’

Fans were definitely on her side and they made sure to applaud her on the great response.

Here are a couple of their supportive messages: ‘And we don’t play about you Lauren! Forever behind you and the fam! Forever standing with ya’ll and the legacy ya’ll are continuing’ / ‘She said what she said 🗣🗣🗣🗣🗣🗣.’

As you may remember, the two began seeing each other back in 2013 and continued to date until his tragic death last year.

The rapper was killed by a gunman who shot him no less than ten times just outside his store, Marathon Clothing.