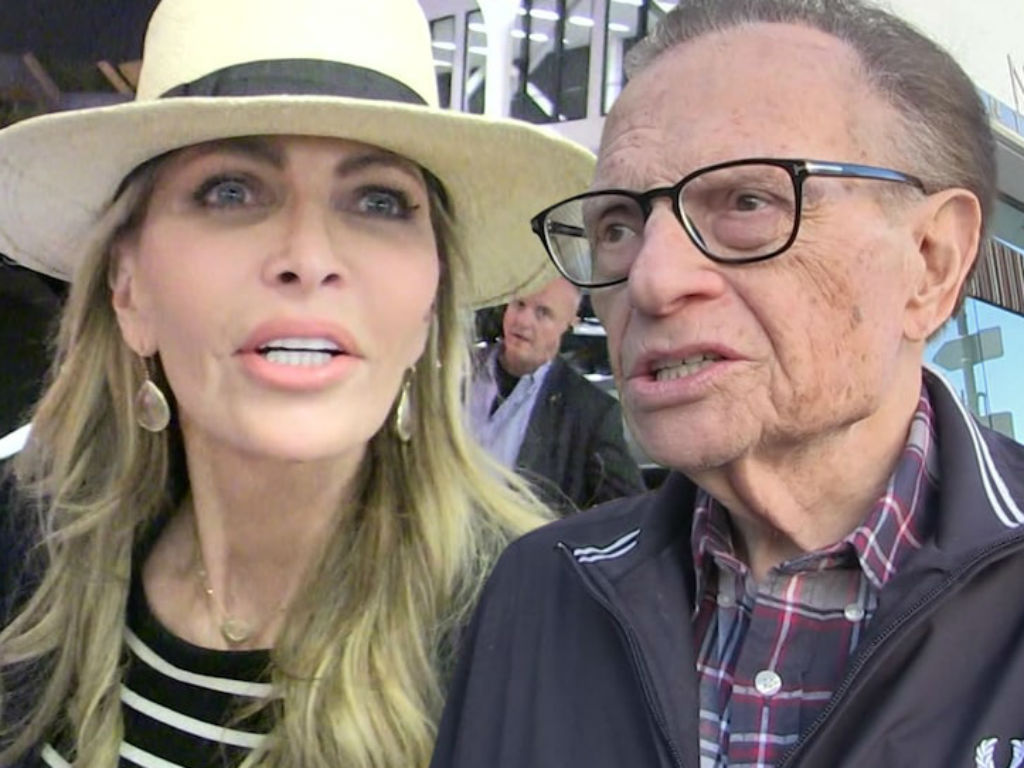 Larry King’s estranged wife Shawn Southwick King is breaking her silence on his filing for divorce after 22 years of marriage.

In an interview with DailyMailTV, the 58-year-old was brought to tears discussing how her husband decided he wants a divorce.

“I was crushed, I had no idea that this was coming, it hurt yeah. I was totally blindsided,” Shawn expressed.

The Larry King Live host filed for divorce from his seventh wife on August 20th. He listed their separation date as June 6, 2019. Larry listed irreconcilable differences as the reason he was looking to dissolve the marriage.

It was a move that shocked more just his fans. Shawn is devastated not only because of the filing but also the way she learned he was ending their union. She discovered the marriage was over days after the paperwork was submitted.

“I’m sad. I never expected to be at this place in my life, in our lives and have this happen in such a public way. I don’t think, again I’m not in Larry’s head. I refuse to believe that he intended to humiliate me. It’s strange, I can’t quite wrap my head around it, but it is what it is it hurts,” she expressed.

Shawn is still reeling from the divorce filing. She is confused but will not minimize her soon to be ex-husband. They were together for over two decades. Plus, the duo also shares two sons, Chance age 20, and Cannon age 19.

“Larry has a very strong personality. Larry does what Larry wants, that doesn’t mean that I can’t disagree with him because I have, and I do and will continue for as long as we are on this earth. Larry’s been through a lot. Am I upset? Am I sad? Yes, but I’m not here to diss Larry at all, what’s most important to me is our boys and that they don’t get hurt anymore,” she stated.

“It was very upsetting to them to have things attributed to them that were not true and so much so that they went to their social media platforms and set the record straight, but initially it was really hard on them,” the protective mama explained.

As for the real reason behind the divorce, well Shawn is unsure but believes Larry must have a good reason. The couple has had a rocky marriage at best plagued with affairs, and a previous separation.

Will Larry go through with the divorce, or will they manage to repair the marriage once again?

Aaron Carter's Brother Nick Gets Restraining Order And Reveals Shocking Details As To Why - Aaron Reacts!