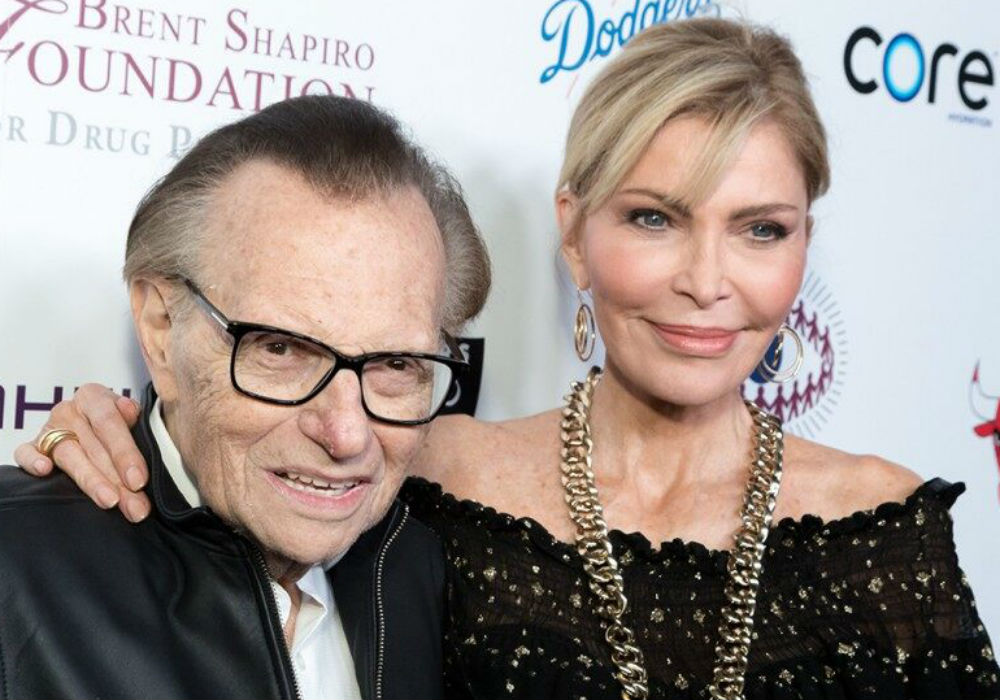 Larry King “totally surprised” Shawn – his wife of 22 years – when he filed for divorce earlier this week. However, she says she’s not going to fight because her estranged husband is dying.

According to TMZ, insiders who have talked with Shawn say that there has been trouble in the marriage for years, but that’s not as important as the 85-year-old’s health. Larry has been in and out of the hospital in recent months and doctors have told Shawn that he doesn’t have much longer to live.

This just in — Larry King has filed for divorce … again.

Larry was in the cardiac ICU at Cedars-Sinai back in April, and that was when doctors allegedly told Shawn about her husband’s prognosis. They did transfer him to a 24-hour care facility, but then he later returned to the hospital.

TMZ is also reporting that Larry’s camp claims he filed for divorce at the request of his children after Shawn asked him to adjust his will so she could get more of his money instead of leaving it to their sons, Chance, 20 and Cannon, 19. However, Shawn says their estate planning lawyer told them to update the documents when they thought the legendary newscaster only had a few days to live, and she was trying to follow the legal advice. Shawn says she wasn’t trying to cut out the children.

Insiders say that Shawn had no idea her husband had filed for divorce until reporters started calling her after they found the documents at a Los Angeles courthouse. She is currently in Utah visiting family, and neither Larry or his lawyers informed her that he was filing.

Larry – who has been married eight times to seven different women – cited “irreconcilable differences” and listed June 6th as their date of separation.

Sources also claim that Larry’s family and friends are “ecstatic” that he is finally divorcing Shawn because their marriage was so toxic. Rumors have swirled for years that she has had multiple affairs. He nearly died after his cardiac scare, and an insider says that it was then that Larry “realized that she never really cared about him.”

“Everyone is ecstatic — absolutely over the moon. We just hope he’s alive by the time [the divorce] is final,” said the source. “It’s a huge weight off his shoulders. They detest each other.”