Lamar Odom is no stranger to the spotlight although he isn’t very fond of it. Being that he was married to a Kardashian, the basketball star will always have a place in the media. With that being said, it’s no surprise that the world wants to know how he feels about the reality star’s big pregnancy news.

Odom dropped by “Everyday Struggle” to offer an update on where he is in life. When asked about if he’s still cool with his ex-wife, his response isn’t what you’d think.

“I mean from a distance. I wish her well, Still got love for her.”

It seems like, contrary to popular belief, Lamar Odom isn’t torn into pieces that Tristan Thompson will be the father of her child and not him.

This comes after Khloe Kardashian admitted on “Keeping Up With the Kardashians” that she faked trying to get pregnant with Lamar because she knew he wasn’t ready to have a baby with her due to his substance abuse issues.

Some fans seem to think that the fact that she’s now expecting with Tristan is hypocritical.

Lamar has always spoken highly of Khloe after their divorce last year because of the way she stood by him during his infamous brothel overdose. He doesn’t think the pregnancy is hypocritical because he understands why Khloe felt that way and acknowledges that it was probably for the best.

The hosts also asked Lamar about his relationship with his ex-brother-in-law Kanye West. He revealed that Yeezy is a good guy who was even there for him when he woke from his coma, but they haven’t been in contact since the break-up.

It’s good to see that Lamar is without a doubt in a better place and is focusing on what matters the most. It’s speculated that he’s dating Haitian model MaddyMorebucks after being spotted on a date but sources claim that they are just friends.

Are you surprised that Lamar is taking the pregnancy news lightly? 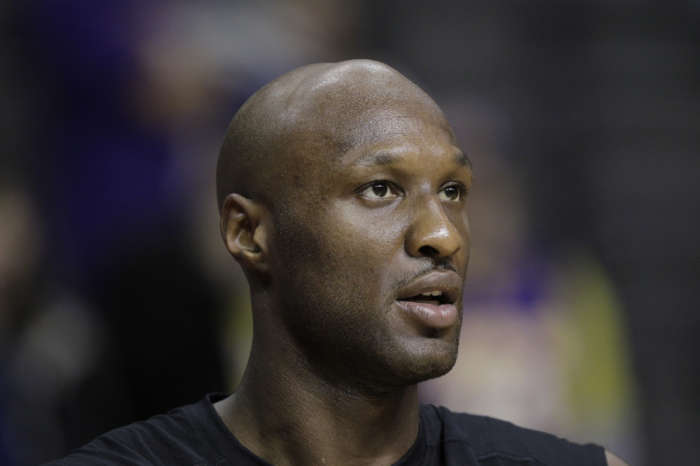