Lady Gaga Spotted Hand In Hand With Lover Christian Carino During Date Before The Grammys – Check Out Her Colorful Fashion!

The two look great together! Ahead of the Grammy Awards this year, on Saturday night, Lady Gaga was spotted out and about with her lover Christian Carino, and they were holding hands.

The singer who is also a fashion icon slayed a yellow Concepto dress that had buckles on the back.

Over it, she wore a blue Dion Lee coat while her footwear was silver metallic Stuart Weitzman boots.

So colorful and fun and also an outfit that not many people can pull off.

As for the accessories, she had on a pair of wide frame glasses.

The entire ensemble was made complete by her pink lipstick.

Meanwhile, opposite to his girlfriend, Carino went for a casual look.

He wore a pair of jeans with a grey tee and a white jacket.

During their romantic outing in Manhattan, the pair stopped by Marta Italian Restaurant.

It looks like Gaga is enjoying her short break from the Joanne World Tour as she is getting ready for the Grammys.

As fans may already be aware, Lady Gaga is nominated in the Best Pop Vocal Album category for Joanne as well as Best Pop Solo Performance for Million Reasons.

‘I am so honored to be singing from #Joanne, this album and moment with little monsters means so much to me,’ the star wrote on social media, referring to the fact that she was also set to perform tonight.

After attending the prestigious event, Lady Gaga will resume her world tour starting with her visiting England next week. 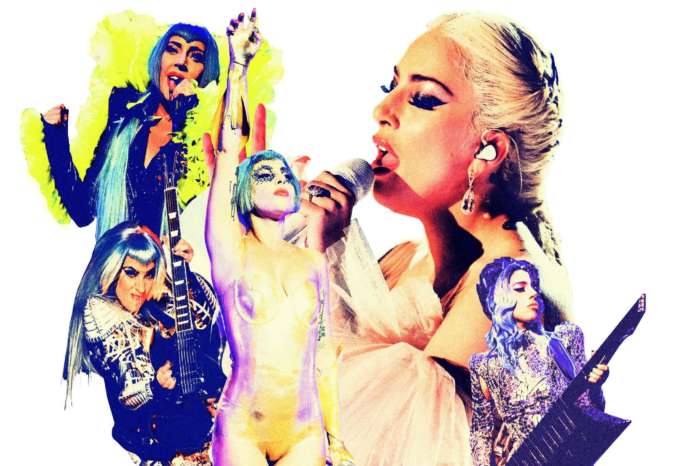