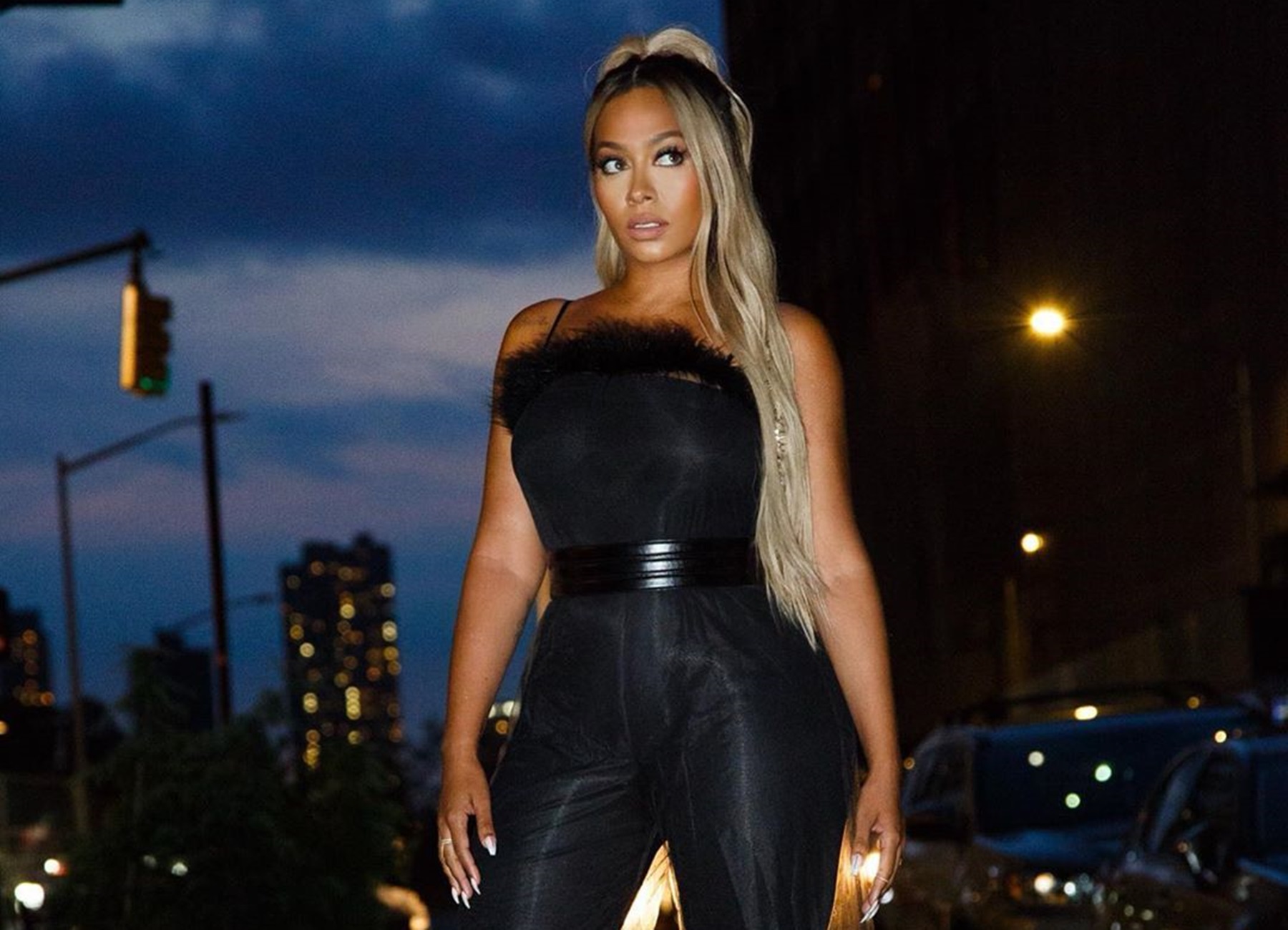 La La Anthony seemed to have taken a brief pause from social media, but it did not take long for her to return stronger than ever.

The Power star recently posted a photo of herself in a revealing black outfit with stunning long blonde hair which many commented on. It looked like it would be perfect for a bedroom photo shoot.

Some also noted that La La, who recently joined The Chi, appears to have something on her mind in those pictures, as she is in deep thought in some of them.

The actress was also commended for her body, and the way she has managed to preserve her looks overall, with many of her fans pointing out that she looks noticeably better than the majority of her younger peers.

Back in these New York streets 🖤

And it is no secret that Carmelo Anthony’s wife looks divine and has been working hard to keep the spotlight focused on herself, which helps her promote her brand.

A few of her supporters have been speculating that some of her recent social media posts could be hints about something new that she might be working on behind the scenes, but nobody seems to be sure about that at the moment.

La La is known for her slightly secretive nature when it comes to her personal work, and it is possible that she is indeed gearing up to reveal something.

So excited to be taking part in Foot Locker Women’s panel discussion this Saturday at the new WASHINGTON HEIGHTS POWER STORE. Be sure to stop by “All Women Welcome” 1pm Kick-Off!#LaLaxfootlockerwomen

However, it will take a while for that to happen in any case, and in the meantime, it looks like La La has plenty to show to her fans on social media, and she has been keeping up the good work on that front.

Meanwhile, La La is taking over the fashion game by launching collection with Foot Locker.

The businesswoman explained why she teamed up with the brand by saying:
“I mean Foot Locker is a store that I’ve been shopping at my whole life and more importantly to be here in Washington Heights was just what I wanted to do. And I wanted to be a part of today with the woman’s panel just inspiring and empowering each other. It’s been like a great day all about uplifting women, and I wanted to do that around where I grew up at [in New York]. And people are really going crazy for the clothes. I’m excited. I know some stuff is already sold out, and I’m like, “What the hell!” [laughs].”

La La is ready to climb even higher in the entertainment industry.