Mom knows best; Kylie Jenner seems to disagree with that famous saying because when it comes to her rumored engagement to Travis Scott and the eventual wedding, she will do it her way.

For the past months, both Kylie and her baby daddy have been hinting that they are either engaged or even married.

Stormi Webster’s parents’ refer to each other as husband and wife. While on his Astroworld tour, Travis told the audience: “my beautiful wife… she came out… and my beautiful daughter.. she’s here too… I love you all so much.”

Additionally, Travis has been going above and beyond with the surprise romantic nights that include hundreds of roses and candles.

According to Radar Online, Kris Jenner is secretly planning to unveil the engagement news in a manner that is highly profitable to the young mother and the entire Kardashian/Jenner clan.

Kris is also hoping Kylie’s captivating love life will save the dwindling Keeping Up with the Kardashians franchise.

An insider told the publication: “The likelihood is that it’ll be on social media, but first they’ll shoot a ton of scenes for the show and set the stage for a money-spinning TV wedding.”

The family friend went on to say: “The show needs all the help it can get right now, and Kris sees Kylie’s romance as a plotline that’s not been fully exploited.”

There is one problem with Kris big rollout plan and TV wedding — Kylie is in no rush to get married.

Another source told Hollywood Life: “Kylie is crazy in love with Travis, she literally couldn’t be happier, and she feels like everything in her life is perfect right now. She has this amazing guy who worships the ground she walks on, a beautiful baby girl, and a mega-successful business empire. Everything is so great that Kylie doesn’t even want to think about getting married right now, as she kind of figures that if it ain’t broke why fix it?”

The insider went on to explain: “Travis and Kylie have discussed marriage, and it’s definitely on the cards in the future, but Kylie has no desire to get wrapped up in all the stress and hassle that comes along with planning a wedding. Plus, Kylie and Travis feel like they’re a married couple already, so she doesn’t see the need for a piece of paper to make things official between them.”

Kylie has already made it clear that she wants to be with Travis forever and will have maybe eight more kids with him. 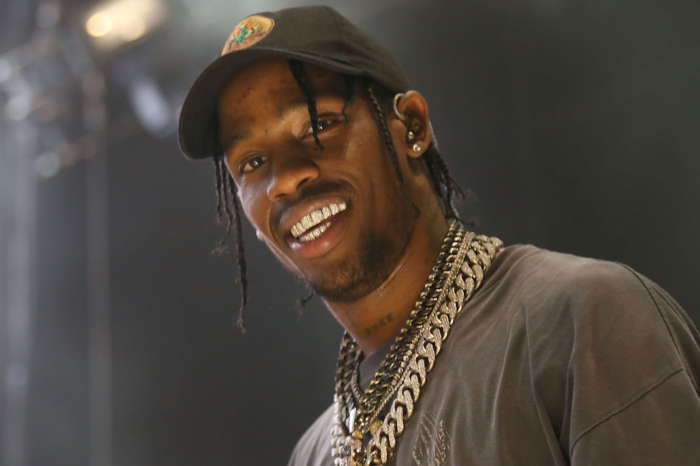