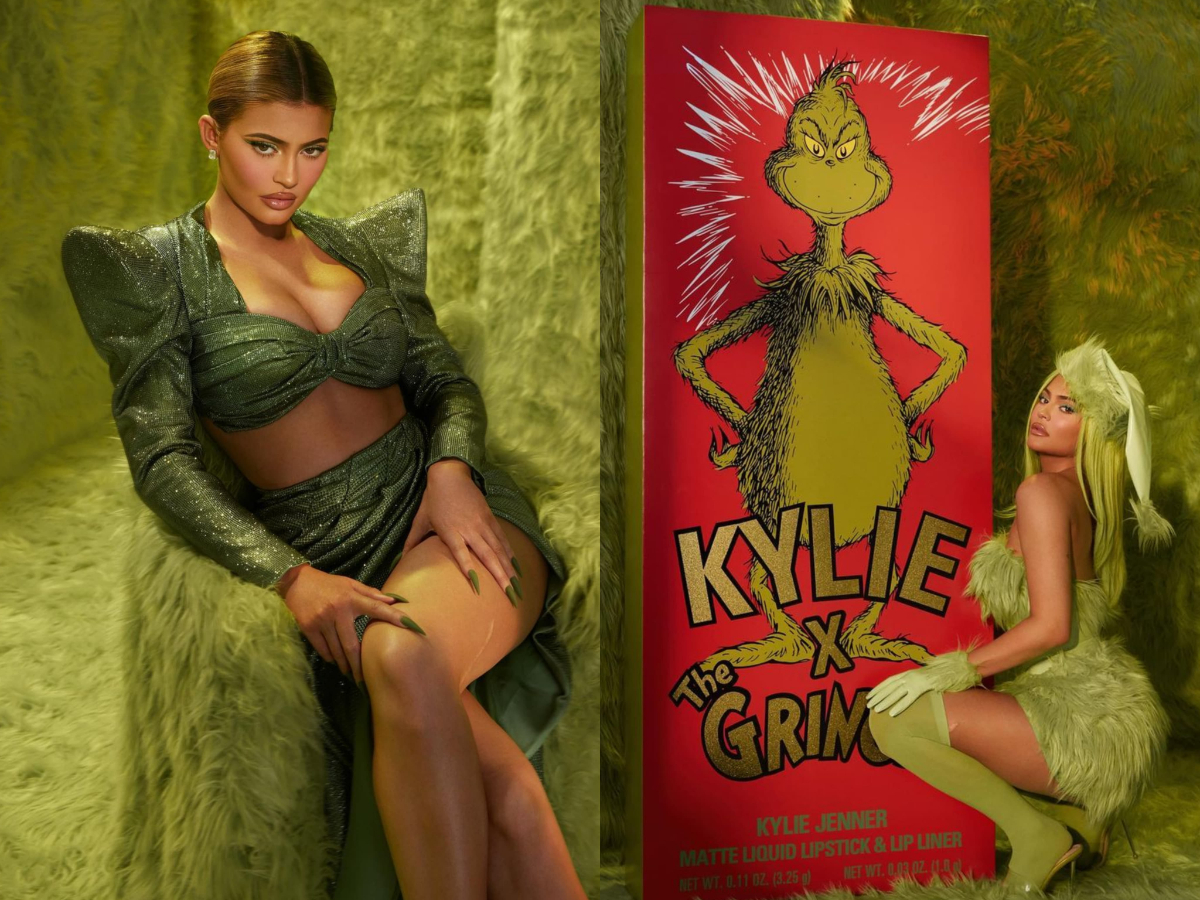 Does the Grinch have a wife? Well, he must and her name is Kylie Jenner! In honor of her new limited, Christmas makeup launch Kylie x The Grinch, Kylie dressed up like the Grinch’s wife and modeled several outfits including one by Balmain and a custom-designed outfit by LA Roxx. LA Roxx just made headlines for making Kendall Jenner‘s custom Barb Wire costume that she wore at her birthday party. Kylie shared a behind-the-scenes video where she showed off her outfits that she wore for the makeup launch.

In the video that you may see below, Kylie Jenner wore an outfit from Balmain. The ensemble consisted of a crop top and skirt. The top featured exaggerated shoulder pads and had a near-futuristic look with long sleeves, glitter, and a twisted, bandeau style front. Kylie paired the top with a matching skirt that featured a high slit along the side.

Is Travis Scott Finally Back In Kylie Jenner’s Life? – His Cryptic New Snaps Suggest So »

Kylie wore makeup from her new collection and her eyes were accentuated in green eyeshadow.

For the photoshoot, Greg Swales created a set that was covered in lush, green fabric that matched the Grinch’s fur. The fabric also matched the fur trim on Kylie’s second outfit. Though she has been raving about her collection’s red lipstick, Kylie opted for a lighter shade.

Kylie Jenner Wants Meek Mill Too, But Is Afraid Of Nicki Minaj And Tyga’s Reactions, According To Rumors »

You may see photos of Kylie Jenner wearing Balmain below.

Here is a second photo of Kylie Jenner wearing the Balmain outfit.

In the photo below, Kylie Jenner is wearing custom LA Roxx for her look as the Grinch’s wife. Kylie donned a lime green wig and wore a matching green, Santa hat with tufts of lime green fur. For footwear, Kylie wore Femme Ford mules.

You may watch a video featuring Kylie Jenner in her photoshoot below.

Kylie posed for a second photo where she squatted down and posed next to a large replica of the Kylie x Grinch makeup kit.

Here is a close up of Kylie Jenner’s awesome, Grinch collection eye makeup.

What do you think about Kylie’s latest makeup collection and her Balmain and LA Roxx outfit? 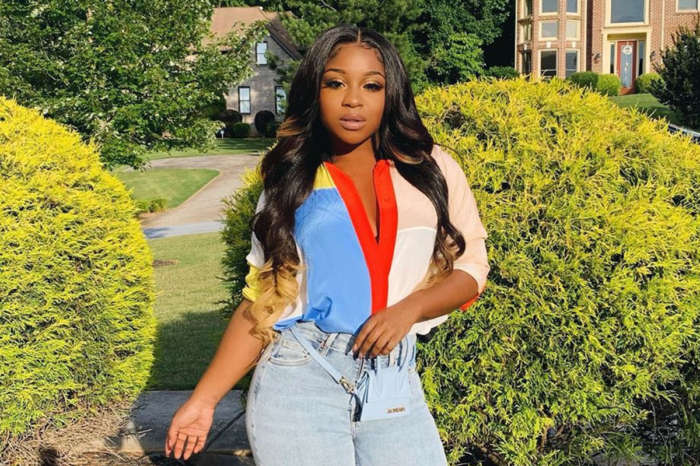